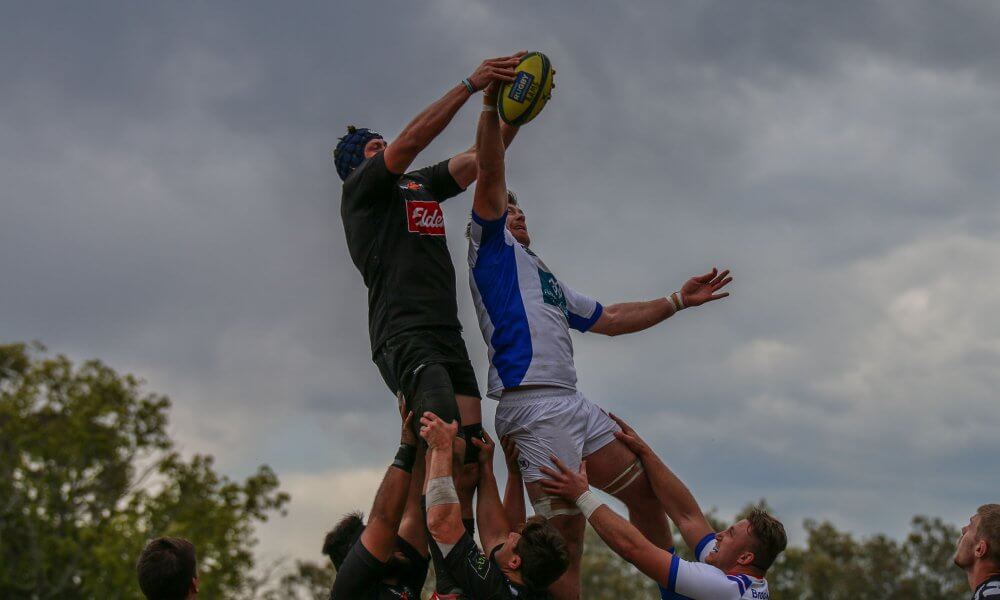 Well, many of us expected the Rams would be in for a tough season. But all that ended in an outstanding display at their new home TG Milner Field, that saw them claim a 43-22 win against last years minor premiers NSW Country Eagles.

It had been a hot afternoon for most of the day in Sydney, but as the teams took to the field the weather became notably cooler, ideal conditions for running rugby. The Eagles started the match as hot favourites. They had retained most of their squad for the season and were coached by the 2017 Shute Shield Coach of the season. By comparison, the Rams were being given a one-in-twenty-seven chance of lifting the Toast Rack this year. The crowd of around about 1,000 (my estimate) didn’t know what to expect from this Rams outfit.

For the first fifteen minutes of the game, it played to the script that many expected. Repeated infringements by the Rams at the breakdown saw the Eagles take the lead through two penalties to Tayler Adams. In the eighth minute, Adams found himself over the white chalk to give the men from the country a 0-13 lead. 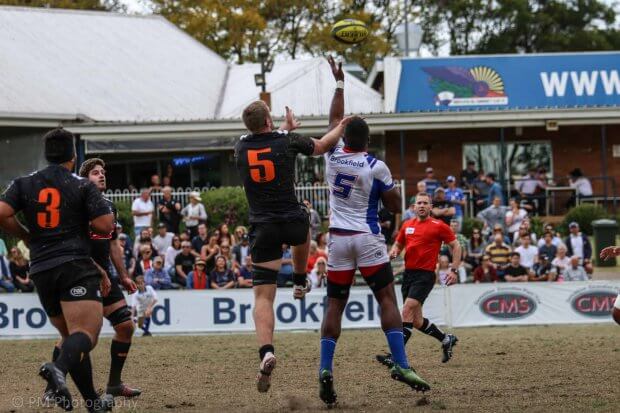 Tom Staniforth and Albert Tuisue fight for a restart.

But, then the momentum began to shift. The Rams were beginning to find their groove, and strung some phases together in Eagles territory. However, The Eagles were able to pressure the Rams to cough it up a few times, but many could sense a comeback. When John Grant intercepted a loose Eagles pass to score the first try of the game, the Rams were right back in it.

Mack Mason brought the Rams to within three with a penalty kick, and the momentum was with the home side, both in the forwards and the backs. An outstanding solo effort from Katoni Ale saw the Rams take the lead by four, and when Mason slotted yet another penalty, it was 20-13 at the half hour mark.

The Rams were on a roll, and in the 31st minute Cam Bailey combined to put his Manly teammate Denis Piligateau away for the Rams third try. Mason converted, and in no time, it was 27-13. The Eagles desperately needed to respond to stem the tide, and it was Tayler Adams who showed his class again to catch the Rams napping to cut the margin to nine. That’s how it remained going in the break. 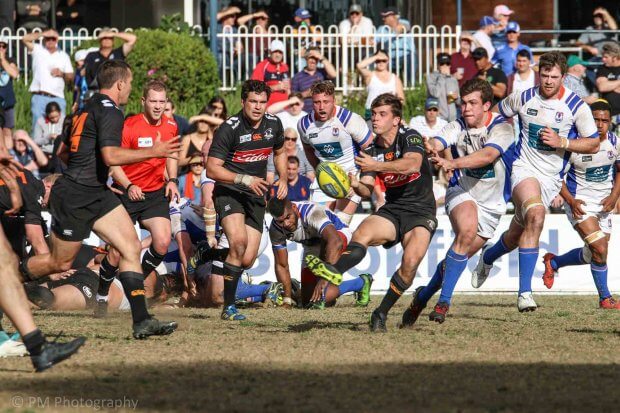 The Rams however were not going to let that Adams try signal the start of a momentum shift. Mason orchestrated an outstanding backline move to slice through the Eagles defence and put Albert Tuisue under the posts. Suddenly, the margin was starting to look ugly for the Eagles, with the Rams opening up a commanding 34-18 lead.

The Eagles started to work some phases into the Rams 22, however when Adams was subbed off  due to injury the Rams instantly capitalised with a scrum push so beautiful it would’ve brought a tear to the eye of Mario Ledesma. It proved to be a major psychological victory for the Rams.

The Eagles were finding it increasingly difficult to string phases together, off the back of outstanding work at the breakdown by the Rams forwards. When Taqele Naiyaravoro brushed off some tackles to score in the 65th minute, the match was all but sealed. 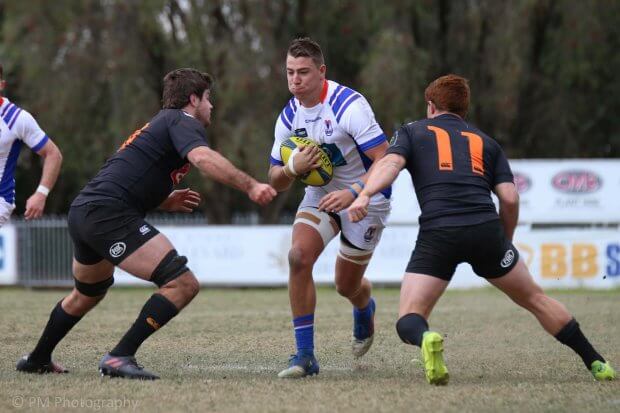 Kevin Fuvavo scored the Rams final try in the 76th minute to put the score out to a comprehensive 44-18 lead. However, the Eagles were to have the last laugh. After being out muscled at the breakdown and outperformed in the backline, the Eagles found numbers on the far side of the field to put Christian Kagiassis over in the corner for the Eagles third and final try of the game.

It was a tough afternoon for the Eagles. Surprisingly, that is the their first ever loss against another NSW team in NRC history. They were caught by surprise, and for most of the match were unable to string together phases and get any rhythm. But credit to them, captain Paddy Ryan was happy to admit in the post match festivities in the pub that his side was second best, and that it was good for the Rams to step up and make a great game of it. The Eagles will look forward to the bye this weekend, which will allow them to sure up combinations and allow them some much needed prep time, before they become the first NRC team to head overseas when they face the Drua in round three.

The Rams were outstanding. There’s no other way to put it. Dare I say it, it might’ve been their best ever performance in the competition’s history to date. Today was a statement, not just about their intentions for this season, but for their intentions for the future of the club. Since being bought out by Eastwood two months ago, many wondered what the club would bring this year. If today if anything to go by, it’s going to be quite a lot. Their backline was clinical, their forwards made a nuisance of themselves. When you play exciting, entertaining rugby, people will want to come back. That is what the Rams did this afternoon. 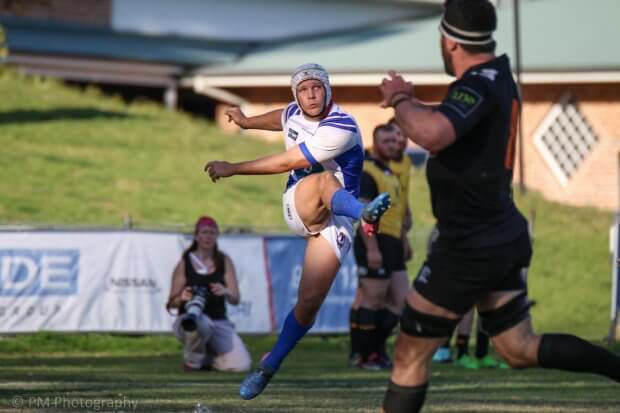 The win sees the Rams lead the NRC ladder for the first time ever in their history. They picked up a winning bonus point, the Horan-Little Shield and, should they beat the Sydney Rays next week down the road at Macquarie University, they could find themselves already wrapping up the race for the Benn Robinson Bell in the first two rounds. I expect plenty more will be back at TG Millner after today’s performance.

The Eagles were looking dangerous in the 56th minute, until an nasty injury to Tayler Adams temporarily stopped play. In the ensuing scrum, the Rams outstanding response saw a turnover penalty. It was a huge psychological victory, and in the end, snuffed out any hopes of a comeback.

Mack Mason was the best on the park, and played one of the best performances of his career today. He was utter perfection with the boot for the Rams and he orchestrated the backline brilliantly. It was a mature, level headed performance, and a really encouraging one for the Rams at that. Hugh Roach also gets a special mention for his outstanding work in the Rams forwards and set piece, but it was a match where everyone stood up.

Until his match was cut short by an injury in the 56th minute, Tayler Adams was the standout man on the park for the Eagles. He scored 18 points of their 23 points, and his lack of presence was felt when he left the field. Special mention must also go Kevin Fuavao for his outstanding work in the Rams backline, as well as the entire Rams forward pack. Seriously, they killed it. 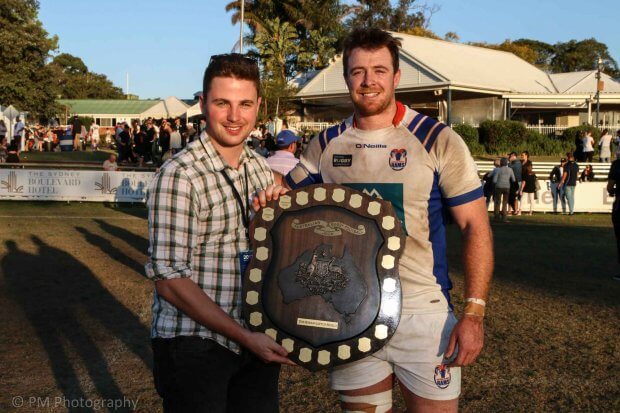