Preview: Aussie matches in Round 12 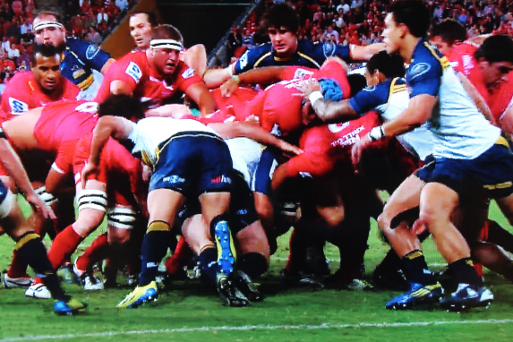 Preview: Aussie matches in Round 12

At the end of Round 11 Australian teams had played eleven games against New Zealand teams to be 8-3, but in their 13 games against South African teams they were only 3.5-9.5. This adds up to a record of 11.5-12.5 against foreign teams.

There had also been twelve Aussie derby games played.

There will be two games against Kiwi teams, one against a SAffer team, and one Australian derby this weekend.

The Rebels will want to make amends to their fans for their poor performance against the Kings in their last home game in Round 9.

Thanks to the Reds, the Chiefs find themselves back on the top of the NZ Conference table, but are only three points ahead of the Blues and five ahead of the Crusaders. They can ill-afford to slip up against the twelfth-ranked team.

Last week the Rebels got some self-respect back when they gave the Crusaders a nervous time. They were ahead of the red machine at 68 minutes but eventually went down to a team more experienced in seizing big moments.

The Chiefs got back on their bike in an entertaining roller coaster game against the touring Sharks. They played some thrilling rugby in scoring three signature tries in 17 minutes to get a big lead but their defence had some bad moments later. They could not put the visitors away and could have lost the game in the last couple of minutes when they came back. 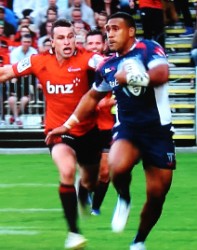 Team changes: Kurtley Beale is back from suspension and named in the Rebels’ reserves, replacing Angus Roberts. The remainder of the Rebels’ matchday 22 is unchanged.

The only alteration in the Chiefs’ starting backline is that scrummie Justin Leonard replaces August Pulu, but Patrick Osborne, who caused havoc playing from the bench against the Reds, is recovered from a hamstring injury and named in the reserves

On the other side of the scrum Ben Tameifuna replaces Mike Kainga, as he had to do early in Round 11 when Kainga was injured.

The Plans: The Rebels will have to shore up their right hand side defence and work on their scrummaging which deteriorated, especially when THP Laurie Weeks was replaced last week.

The also have to watch their discipline otherwise the Chiefs’ goal kicker, Gareth Anscombe, will smother any chance of victory they get, just as Tom Taylor of the Crusaders did last week.

The Chiefs had better practice defending lineout drives because the Sharks had their way with them; the Rebels will have watched the tape and may fancy themselves to do the same. 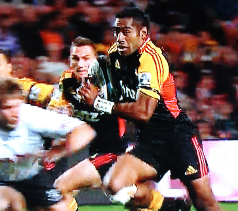 The Matchup: Cooper Vuna was in good form against the Crusaders and his contest against his direct opponent, Lelia Masaga, could be an interesting contrast in styles. If they get near each other with the ball in hand, look for the Rebel to try to run over the Chief, and the Chief to elude the Rebel.

Opponent to watch out for: In 2013 winger Asaeli Tikoirotuma has been in no great form, but a couple of slashing runs against the Sharks indicate that he is getting back in top nick.

Prediction: The Rebels showed a steely resolve in coming back against the Crusaders, which was in contrast to their embarrassing loss against the Kings.

But the visiting Chiefs will be counting on consecutive victories against the two bottom-placed Australian teams in the next fortnight as insurance against future wobbles.

Although they have showed some of the old Chiefs’ vulnerability in the last three weeks they should do better than the Crusaders at breaching the Rebels’ defence, so – Chiefs by 10.

The Force will hope that their fans can bring them home against a highly ranked team, as they did when they beat the Crusaders two weeks ago.

The Reds got smacked last year by the Force in Perth and at home this year, and can’t afford to drop this derby game again if they want to pressure the Brumbies in the Australian Conference.

Last week the Force didn’t show up to play until the second half but the game was already lost then because they were 29 points behind. This was disappointing after a fine win against the Crusaders and fighting loss against the Hurricanes.

The Reds may have been fortunate to beat the Blues by one point after the visitors stuffed up in the last couple of minutes in the Red’s half, but give credit to their excellent defence.

Team changes: The Force have some fellows returning from injury: Nic Cummins replaces Ed Stubbs on the left wing and scrummie Brett Sheehan is named on the bench.

But Winston Stanley has an injured shoulder and is replaced by ex-Waratah Ben Jacobs making his return to Super Rugby. Flyhalf Sias Eberson comes back into the starting side and Sam Norton-Knight moves to fullback, relegating Jayden Hayward, who had to miss training, to the bench.

In the forwards Kieran Longbottom replaces Salesi Ma’afu at THP and the usual musical chairs game of the backrow prevails.  This week Chris Alcock gets to start on the openside and Richard Brown joins the reserves, with Ben McCalman and Matt Hodgson moving around.

The Reds replace both props but the rest of the run-on pack is unchanged. THP James Slipper is benched after carrying a big load this year and replaced by Greg Holmes, who started at LHP in Round 10. Albert Anae, who started in his first game last year as as a hooker, plays his second run-on game as a LHP because Ben Daley has a hamstring strain.

Rod Davies drops out of the starting backline with a hamstring injury and Dom Shipperley stands in for him.

Beau Robinson is on the bench after recovering from a long standing injury. 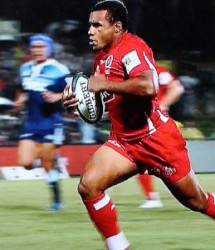 The Plans: The Force will seek to earn the turnovers that the Blues inflicted on the Reds in Round 10 by tackling dominantly. This will get them moving forward which they had trouble with against the Brumbies last week. They will also have to practice defusing the Reds’ caterpillar maul near their goal line.

The Reds know that the Force play a narrow game and they have chosen a 5/2 reserve split to counter that. A narrow game will suit them fine if they earn the right to go wide later.

The Matchup: Two top backrows against each other. The Force unit will play a tighter game to reinforce its tight five, which needs the help, but it should be an interesting comparison.

Opponent to watch out for: The Force backrow will try to smother the efforts of Will Genia. He has not only regained his best individual form after returning from injury, but also he is back to his best in helping his team mates play better.

The Reds had better watch the activities of 20 year-old inside centre, Kyle Godwin, a future Wallaby.

Prediction: The Reds will admit that they are not in consistently great form but will remind you that they are winning games. Excellent point that, Reds’ guys.

Unless the Force defence swarms for another 80 minutes as they did against the Crusaders, and the Reds run sideways like the Kiwis did thaqt day, the Reds will win this one also – Reds by 8.