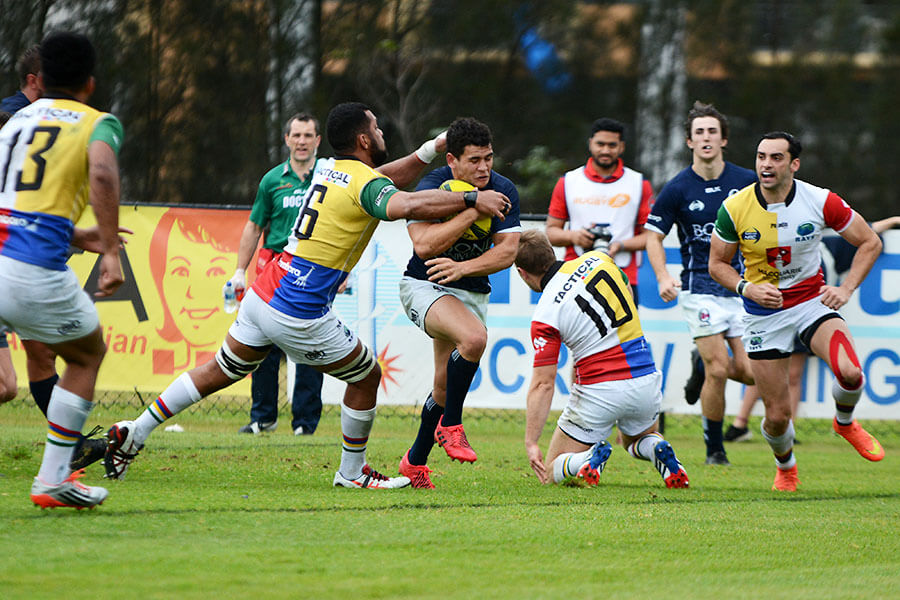 In a weekend that saw Brisbane City relinquish the Horan-Little Shield for the first time and NSW Country Eagles and Sydney Rays remain undefeated, there were ample quality individual performances. Let’s check out our latest Team of the Week.

Paraka’s back for the third week in a row on the back of his strength in the scrum, power running and, most impressively, his pilfer game which is simply outstanding.

Another couple of tries on the weekend sees Abel jump into the top 5 on the all-time NRC tryscorers list. Handy for a hooker and a reward for a busy game. Tolu Latu continued his strong form.

The Parramatta Two Blues prop looks right at home at this level and the Waratahs could do a lot worse than consider him for a development spot. He’s a massive unit but loved to get involved.

Hanagin’s abrasiveness and skill was on show for the Eagles on Sunday against the Rising in Tamworth. The Tahs have a good one here, but for what position? Onehunga Havilli handled the switch to lock well for the Spirit too.

The Rising’s Sam Jeffries continued his hitman ways, but Carter gets the gig for ruling the lineout and being busy across the park, scoring a well deserved late try.

Figg had an old-fashioned barnstormer in Tamworth either setting up tries, scoring his own or playing the breakdown pest role to perfection. Big Isi Naisarani for Brisbane City was very strong as well.

It wasn’t a standout round for sevens this one, despite the quality of the match-ups on show. Reid was in the middle of much of what was right for the Rising however, as he has been all season.

Wells was moved to 8 from blindside this week and he stepped up big time. He was a constant menace to QLD Country at the ruck and ran strongly with the ball.

The Rays have probably had the worst of the weather in recent weeks however on both occasions Lucas has been an absolute stand out in leading his team to victory. We’re seeing a real maturing of his potential this season. Eagle Jake Gordon was full of running v the Rising.

Lance was again the key man in providing his Perth team the direction needed to win their 2nd of the season, either via ball in hand or off his foot. Robbie Coleman for the Vikings and Ben Meehan for the Rising were both sharp.

Called into the starting side after a couple of tries off the bench last week, Robinson scored another try v Brisbane (a remarkable solo try from a scrum in his own half) and was dangerous all match.

The former Rabbitoh had a fantastic year for Northern Suburbs where he won the competition’s Rookie of the Year award. He’s continued on for the Rays and displayed his ample abilities against Billy Meakes of the Force on Saturday.

In the gloom that has been QLD Country’s season so far, the performances of Perese have been a remarkable bright spot. Scored a third fantastic try on the weekend and was a handful all game. Ammon Matuauti  was impressively powerful for Perth too.

Another Norths player taking his form up a level for the Rays, Woolf showed his great finishing skills on the flank against QLD Country on the Gold Coast on Saturday scoring a double.

Much like Perese, Banks has been one of the few consistent performers for QLD Country and again showed some class from the back on the weekend. Cam Clark was impressive in his work at fullback for the Rays.