The first round of NRC 2015 produced plenty of entertainment, beginning with the Grand Final re-match on Thursday night at Ballymore and culminating in the first event Horan-Little Shield challenge game down the Gold Coast on Sunday. In between we had a couple of cracking local derbies in NSW and the scene has now been set for another highly enjoyable and competitive season.

Can Round 2 match up? Unfortunately, a Barbarians game has robbed us of some of the stars of the First Round, whilst a handful more are off with the Wallabies, but there’s still plenty to be excited about this weekend.  Let’s look at this week’s match ups as part of our NRC 2015 Round 2. 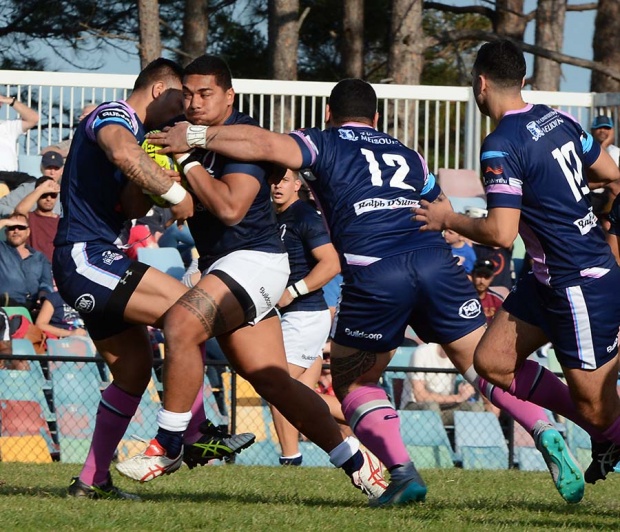 The Sydney Stars put in an extremely accomplished performance last week, led by a number of their Super Rugby stars, and are now officially on a winning streak of two, going back to last season. They will know, however, that the last loss they suffered was at the hands of this Queensland Country side, last year in Townsville, to the tune of 53-29.

Queensland Country showed similar attacking intent this weekend gone, pushing the reigning Minor Premiers all the way in their match up on the Gold Coast. It was a game for the taking for the Country boys when you consider they held a man advantage for 20 minutes of the match, thanks to two Rising yellow cards, and also had a dominant scrum.

Key match ups: two young speedsters on the wing showed plenty of ability for their respective teams on the weekend, so keep an eye out for Harry Jones for the Stars and Izaia Perese for Country. The battle of the Tight Head Props,  Sef Fa’agase and Tom Robertson, won’t see them scrummaging against each other but the battle will be who can assert scrum dominance early. It should also be noted that both #3s were amongst the try scorers for their teams on the weekend as well. 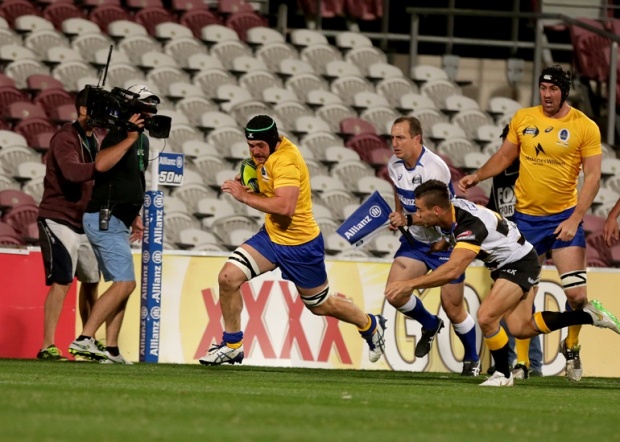 Melbourne Rising secured the first official piece of silverware on the weekend by defeating Queensland Country and successfully defending their challenge to the Horan-Little Shield. The Green and Gold Rugby driven initiative will again be played for this weekend when the Rising play at home for the first time this year.

The Rising were pushed hard by Country last week and allowed them easy points at key moments. Of key concern will be the ease with which their scrum was manhandled by the Country team, as well as the inaccurate goal kicking by flyhalf Jack Debreczeni.  The Rising will also be without Barbarians Dom Shipperley, Tom English and Luke Jones so will lack some attacking power out wide.

Brisbane City also suffers from the Barbarians game with Liam Gill, man of the match last week, out for this week’s game. With no other fit openside flanker in the squad, the Brisbane pack will have to lift across the park to cover Gill’s loss.   Brisbane’s scrum, so often a strength, probably came off second best against the Spirit last Thursday, so will be looking forward to taking it to the Rising pack.

Of course no one needs reminding that the match will be almost 12 months to the day since the Rising absolutely destroyed Brisbane in their Round 3 clash last year, by the tune of 79-18.  It may not have been talked about by Coach Stiles and his team this week, but I’m guessing it’s a result that has never been far from their thinking as they’ve prepared this week.

Key match ups: There is something appealing about an impending battle between two 2m tall giants on the rugby field. Cardeyrn Neville was busy in his Brisbane City debut last week, whilst Steve Cummins was one of his team’s most prominent on Sunday. Both players did plenty of work with the ball in attack, however the lineout is where their match up will be most definitive. Out in the backline are you ready to experience shockwaves first hand? Well that’s what we can expect when Samu Kerevi and Lloyd Johansson come head to head. LoJo was one of the Rising’s best last week and constantly got his team over the advantage game, which is Kerevi’s game for Brisbane as well. How they deal with each other defensively may well go a fair way to deciding the outcome of the match. 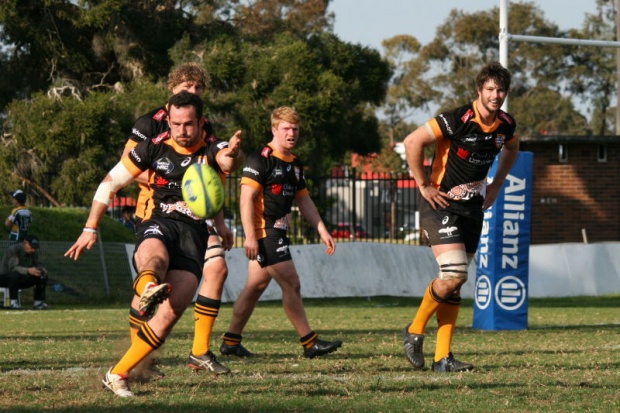 This weekend we get to see the highly anticipated debut of this year’s Vikings iteration on the rugby field. Many pundits have picked this outfit to be the team to beat on the basis of their squad strength. Whilst hot signing Aidan Toua remains a little way off from playing, the strength of the Vikings will most definitely be their pack, starting with their alphabetically advanced tight five of Arnold, Alaalatoa and Abel . And while the names on paper are impressive, their captain Jarrad Butler reinforced that the culture within the team was their big weapon.

It’s not too great a stretch to suggest from a playing ability perspective, there’s not too much difference in the 2014 and 2015 Vikings squads. Perhaps this year’s just edges it, but Butler is adamant that a greater focus on the team this year, and commitment to the outcome, will stand them in good stead.

They will take on a highly credentialed Eagles outfit that clung to a one point win over the Greater Sydney Rams in Round 1. Playing a game with great width, thanks to a hard working pack and some speed out wide, this Country side will provide an excellent first up challenge (and gauge) for the Vikings.

Key match ups:  How about the battle of the captains in Will Miller for Country and Jarrad Butler for the Vikings. It seems you have to be either a backrower or a hooker to captain an NRC side these days, and this weekend these two backrowers will battle it out head to head. Out the back we have a couple of exciting finishers at opposite and of a career path. Andrew Kellaway continues to score tries seemingly at will and remains one of the hot young prospects of Australian Rugby. Meanwhile off the bench we have the veteran journeyman, Frankie (or is that Francois) Fainifo back in town and, after spending time in Canberra second grade, providing a good depth option for the Vikings particularly with Christian Lealiifano away with the Barbarians. 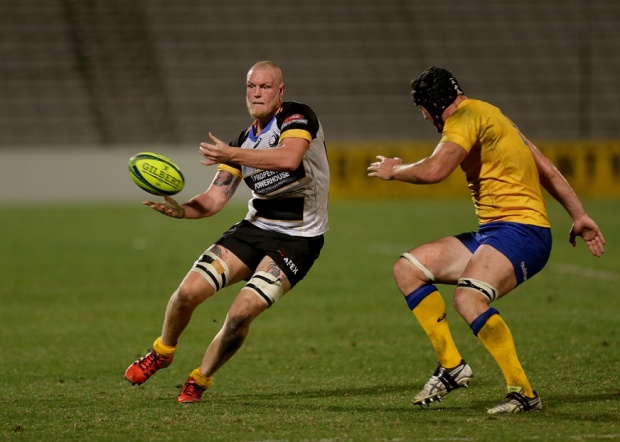 The Perth Spirit showed plenty of their nickname in their hard fought loss to Brisbane City last Thursday night.  In the second half, their pack was able to match Brisbane’s across the park and actually best them in the scrum with Heath Tessman putting in a blinder. Also leading the way was scrumhalf Ian Prior who was a constant danger to the City defence.  Kyle Godwin’s return should provide some much needed punch to the backline, and hopefully free up the flyers on the wing.

The Rays had an unhappy day against the Sydney Stars, and have now lost both their NRC games against their Sydney neighbours. A strong start against Sydney provided some hope of success, but they couldn’t stop the Sydney tide once it began to build momentum. David Feltscheer has buggered his hand and will miss the rest of the NRC season in a real bloy to the Rays. It may mean we see boom back Reece Hodge make his first appearance for the year from the back.

Key match ups: Kyle Godwin has been champing at the bit to get back on the rugby field for some time, and will match up to GAGR Team of Week 1 centre, Tom Hill. Hill proved a handful for the Stars defence last week and will ensure Godwin doesn’t get it all his own way on Saturday.  As much as we love seeing youngsters running around, experience is golden in these types of tournaments, and we may well see a couple of experienced locks facing off this weekend. The Tree, Cam Treloar, played for the Eagles last year, but has moved back to the Rays in 2015 and provides a wealth of experience to a young side. Rory Walton can’t really be called a veteran as yet, but he’s the hard head of the Spirit and really ripped in last week and was a strong presence his Spirit side.

Greater Sydney Rams have the bye.