Force down to Rebels in 1st WSR loss 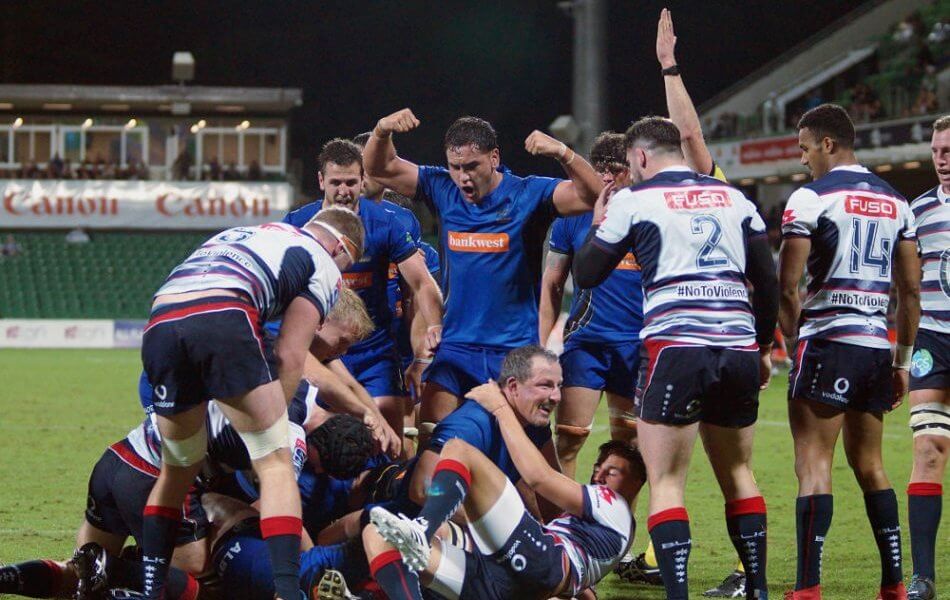 Force down to Rebels in 1st WSR loss

The Melbourne Rebels became the first Super Rugby side to travel west over the Nullabor and challenge the World Series Rugby foundation team, the Western Force. The players and fans were hoping for good conditions and fast exciting rugby, so of course the skies opened up and the intermittent squalls threatened to negate any chance of a free-flowing end to end battle. Some-one forgot to tell the players this as both teams managed to keep a frenetic pace for the whole game and where still throwing it around right up until the final whistle.

The game started a bit sloppy as both teams settled into the contest and conditions. As the teams started to master the conditions the Rebels managed a couple of threatening runs. The Force then managed a prolonged period of possession and pressure resulting in the first try of the match to prop Harry Lloyd, coming on the end of some good forwards play close to the Rebels line.

Momentum then swung back the other way with the Rebels managing two tries of their own including a long range break out from their own half involving several well executed kicks to advantage eventually finished off by Debrezini under the posts. As the half drew near, the Force again applied pressure to the Rebels line and were perhaps unlucky not to close the gap, but the Rebels defence held firm to take a 9 point lead into the break. 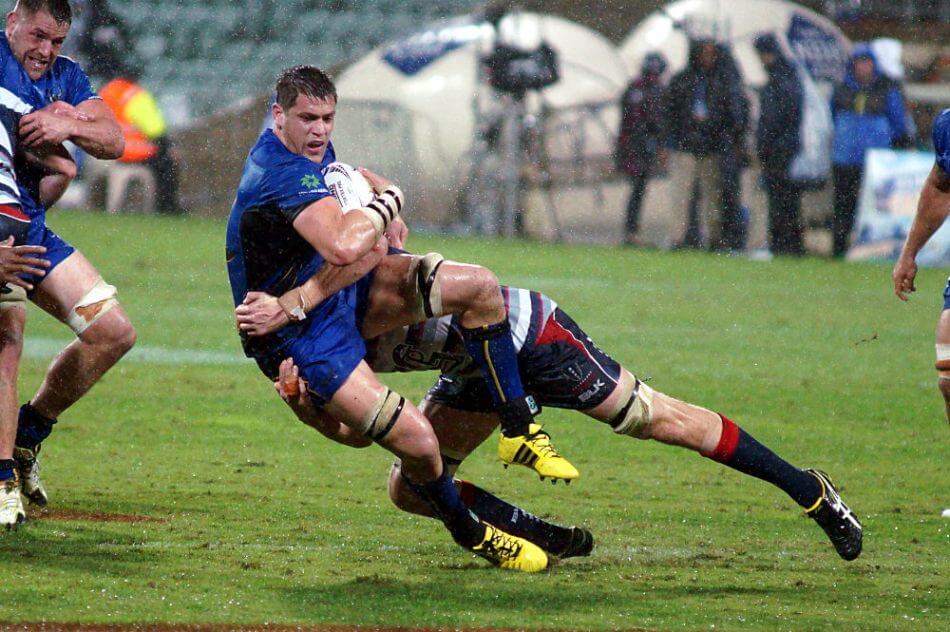 The second half began with the biggest downpour of the game and as the half progressed, so did the Rebels. The relative depth of the sides started to make itself evident as the Rebels gained the ascendancy, running in another two tries to the Forces one in the half. The Force pushed to the end and matched the Rebels in most areas of the match, but did not have the final few percent needed to turn the opportunities into points. The Rebels put the points on the board when they needed to and ran out deserving winners 28 – 12.

Despite the weather, both teams resisted the temptation to revert to a “10 man rugby”, kick and grind style of play. That is not to say that the forward battle was not important or enjoyable, it was, but it was good to see both teams continue to throw the ball around and play enterprising rugby right to the death. The forwards battle was always going to be important and the weather just increased that importance. I was expecting the more experienced Rebel pack to have the upper hand here, but the young Force pack matched them every step of the way and managed to apply as much pressure as they absorbed. The Rebels had the better of the line-outs and the Force had the better of the scrums.

The difference in the sides came down to the backline. When the ball started moving it was the Rebels who looked most threatening and made the most breaks. Both 10’s managed to get quality ball out to their backs but the experience and combinations in the Rebels proved to be the difference on the night.

For the Force, Heath Tessman played a great game and led the young pack around well. Andrew Deegan had another good game at 10 and Rod Davies looked dangerous every time he touched the ball. For the Rebels, Matt Philip was influential early and worked hard all game, Henry Hutchinson looks elusive and very quick on the wing and Tayler Adams at 10 had a solid game, including hitting all his conversion attempts beautifully and grabbing an intercept try of his own (incorrectly announced as a Power Try at the time, but not quite started from inside the Rebels 22).

The most influential player on the park though was Billy Meakes. The inside centre was in everything, including putting in the cross-field kick-pass which started the Rebels most impressive try of the night. Meakes seems to make everyone playing around him look better and play better, with the form he showed tonight he must be being looked at closely by the Wallabies coaching team. 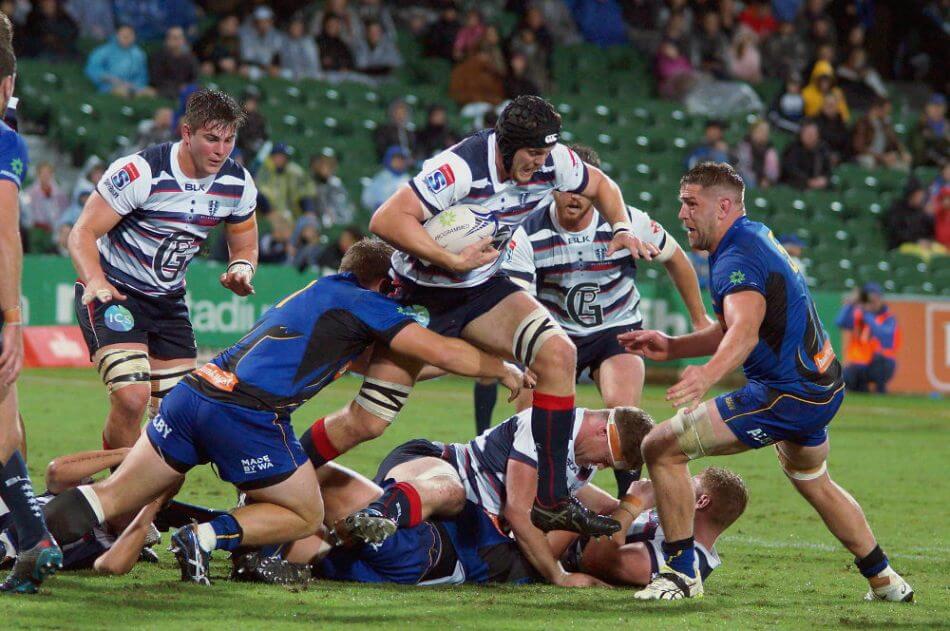 WA voted with their feet again, with just shy of 14000 people braving the conditions to show their support for the teams and this concept. Even a loss to the home side couldn’t dampen the spirits of the fans with just about every one of those fans staying right to the end and cheering just as loudly on the final play as they did on the first. There really is a great atmosphere being created at these games and the teams are buying into it. Credit to the Rebels, they had not much to gain and plenty to lose by heading West with 3 games left to play in the Super Rugby season and the Australian conference still up for grabs. But they came and fielded a strong side who played adventurous rugby. There is a strong bond between these two sides and, despite a couple of heated moments during the match, this bond has grown stronger.