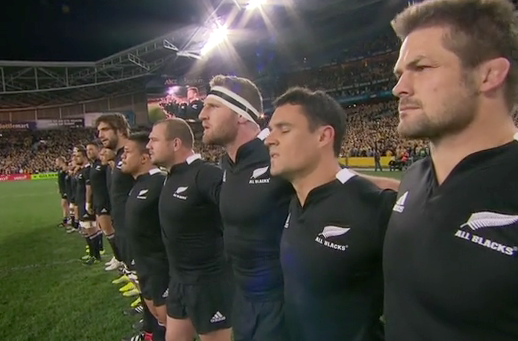 The Wallabies are the number two-ranked team in world rugby. This may well be so, but, on the evidence of last night’s match against New Zealand, they are so far behind the world champions that I would be surprised if they can even see them.

It’s not so much the results of these two Test matches that concern me, it’s our performances – or should I say lack of performances – that have left me, and I’m sure thousands of other Wallabies fans, feeling totally gutted and searching vainly for a solution. The simple truth is that there is very little, if indeed anything at all, about our game that is up to world class.

Our attack is nonexistent. I think that we made only one line break in the entire game – if you can call Berrick Barnes’s 53rd-minute dash for the line an actual break.

Why is this so, given that for a long period of time past, we were probably the masters of three-quarter play?

All successful activity on the rugby pitch is underpinned by accurate technique. Accurate technique in any given situation consists of a set of key principles. When a player can deliver on these key principles under the pressure of game situations, he can be described as possessing certain skills. Rugby practice sessions must instil these skills, over and over again, until they become an intrinsic part of a player’s performance. This certainly is not happening with our Wallabies!

If we look at the application of such skills – e.g. catch-and-pass, straight running, support lines and positioning, body position in contact, tackle contest options, etc. – and consider that a player in possession of the ball has only three options – ‘run’ or ‘pass’ or ‘kick’ – we can begin to understand why our players kick so much. The absence of a few of the fundamentals make the ‘run’ option nearly impossible – we’ve already given the upper hand to the defence; next comes the ‘pass’ option, but the added disadvantage of ‘no support’ makes this impossible. So they are left with the ‘kick’ option!

They could, of course, take the tackle, but the absence of all of the above would be certain to weigh heavily on the subconscious of the ball-carrier. ‘Take the tackle, with probably a turnover or a penalty, or try for the flukey grubber/chip and hope for the best.’ The choices are not great!

The solution, as always, is to insist on the accurate application of quality technique in a succession of practices, with increasing game-like pressure – always believing that ‘practice does not make perfect; only perfect practice makes perfect’. There is no quick fix for us in our present predicament; we must set the correct course and look to the long term. On the plus side, I have always found that accurate long-term solutions invariably provide some short-term benefit also.

Also on the plus side are the following:

We cannot continue to accept second best – or is it third best, or ….?