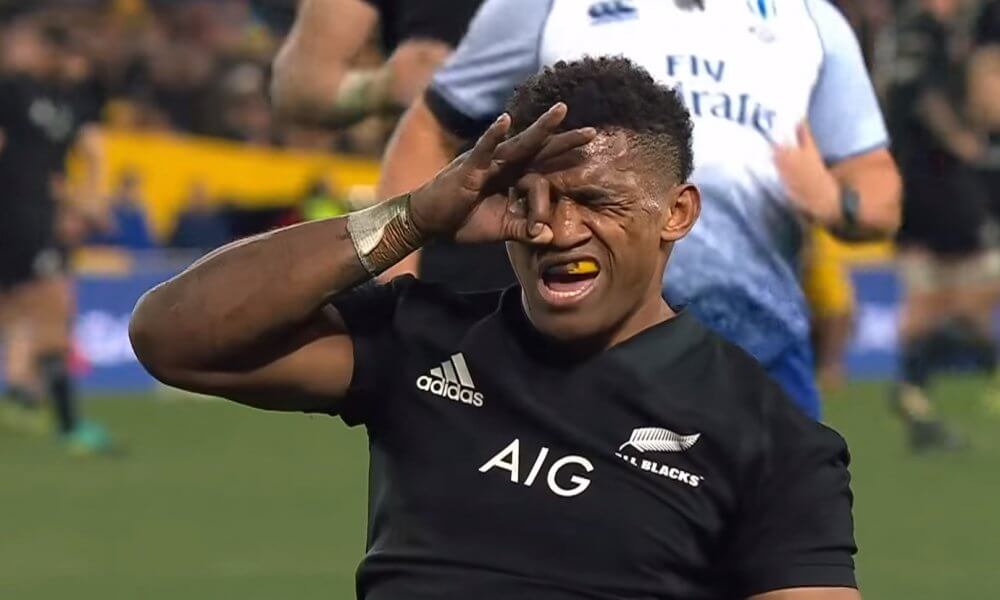 Michael Cheika’s Wallabies had a genuine crack against the All Blacks in Yokohama but to be fair we were never really in the hunt. New Zealand fully deserved the win scoring five tries and putting on a master class in building pressure and targeting defensive weaknesses. They remain the best team in the world and I fear for the Japanese Cherry Blossoms next weekend. \

Regardless of the result, it’s always worth digging deep to identify areas for improvement. The following clips highlight some lessons we can all take out of this test match.

When I look at the following clip there are two things that stand out.

First, I’m a strong believer in getting the scrum half in the front line of defence when you are defending your own try line. You’ll notice that Will Genia is still playing the role of sweeper. Second, Liam Squire runs a lovely “overs” line to beat Kurtley Beale. No doubt Beale will be annoyed with himself for missing a right shoulder tackle. Both these things are fixable.

The Kiwis were very clever with their scrum plays in this test match. On two occasions they worked over our blind side scrum defence and they were rewarded with tries both times. We’ll focus on their second blind side raid because this was the pick of them for mine.

As the clip shows the All Blacks have a left side scrum on their own 40m line and they know that the Wallabies scrum half will chase TJ Perenara as he scoots open from the base of the scrum. This creates space for Beauden Barrett who switches play down the blind side with Rieko Ioane breaking three tackles before offloading to his fly half who scores. The play is so effective because the Wallabies are expecting TJ to link up with SBW. Watch the entire Wallaby back row commit themselves to the open side before being skinned on the blind. This is smart play from NZ.

It was not all one way traffic and when Samu Kerevi was injected into the game he made an immediate impact. There are not many centres in the world capable of offloading out of an Ardie Savea tackle but Kerevi did. The support line from Izzy Folau was also excellent and once he was in space that classic right foot step kicked in and made Aaron Smith’s tackle attempt look average.

This is what the Wallabies are capable of when they control the ball and build pressure. I’m sure Michael Cheika will be wanting to see more of this in the coming three European test matches.

My favourite play of the day was this last effort started by Richie Mo’unga and finished by Rieko Ioane. This is a signature play for the replacement fly half because he is very good at taking the ball flat to the line and making a half bust.

You will notice the Kiwis set up with their blind side winger (Ben Smith) in behind SBW so that Foley and Beale leave Mo’unga for Nick Phipps to defend. This is always going the be a difficult assignment because Phipps is scrambling and Mo’unga will back himself to get an offload away in this situation. If you watched the Crusaders play this season, you will have seen Mo’unga execute this play. It’s a good play.

Unfortunately this is my last dance for a while. I’ll be having a break from writing these analysis columns for G&G Rugby. Thanks for all your feedback, the rough and the smooth, over the past few years. It’s been a pleasure sharing some thoughts with fellow rugby tragics. Hopefully the Wallabies will find some form on the European Tour and shake up the world at the World Cup next year. As our friends in Japan would say – Sayonara!