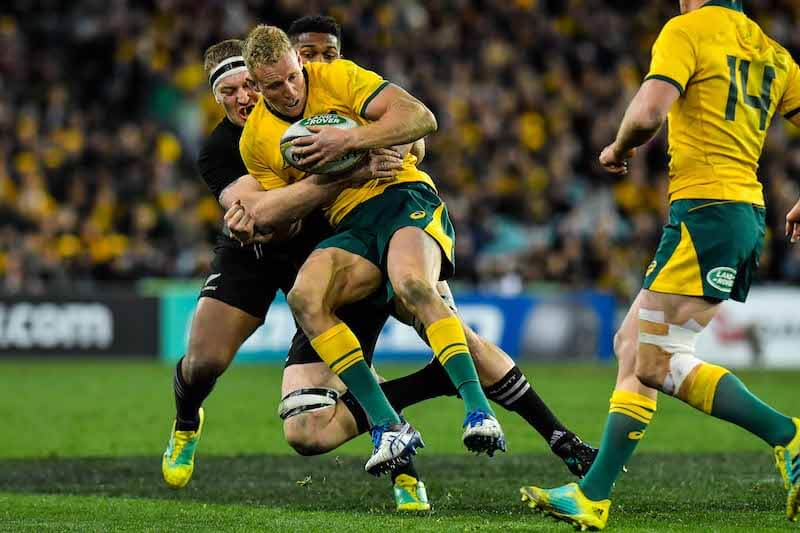 The biggest rivalry in southern hemisphere sport kicks off this week when the Wallabies host the All Blacks in Perth on Saturday night for game one of the Bledisloe Cup (Oh and also round three of the Rugby Championship.

For Australians, winning memories associated with the Bledisloe is like the pub: only for those over 18. But like any year the optimism is built back up after a scrappy win over the Pumas and enough time to forget what happened last year when we played the All Blacks, who swept the Aussies in convincing fashion.

The Wallabies are coming off a mixed start to their 2019 campaign, losing 35-17 to the Springboks at Ellis Park in a sloppy performance that saw the side waste possession and opportunities.

They seemed to bounce back the following week, with a more convincing performance, defeating the Pumas 20-16 in a game dominated by a committed defensive effort and an impressive scrum. However, they will need to find another gear if they wish to compete with the All Blacks, having lost nine out of their last ten clashes. 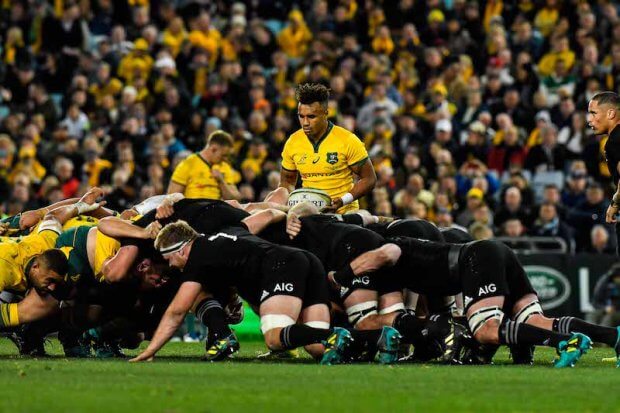 The All Blacks have had a less than convincing start to 2019, beginning their campaign with a 20-16 win over Los Pumas in Buenos Aires. The much-weakened side raced out to a 20-9 lead at halftime but was forced to out the rampaging Argentinians on their goal line after they were held to nill in the second half.

They were they held to a 16-all draw against the Springboks after looking certain to win after the sharp boot of Richie Mo’unga and a try to the flying mullet Jack Goodhue. However, like the Wallabies, Herschel Jantjies broke the hearts of the home supporters, pouncing on a chip kick with minutes remaining to split the points.

They will be looking to bounce in honour of Sir Brian Lochore, with the legendary All Black passing away at the start of the week.

The Wallabies have made five changes to the side that beat Argentina, highlighted by the return of James O’Connor. He has been selected wear the No. 13 Jersey, slotting into outside centre to partner Samu Kerevi in the midfield.

In further team news, hooker Tolu Latu is set to start for the Wallabies at hooker ahead of Brumbies hooker Folau Fainga’a, whilst Allan Alaalatoa returns from injury to start at tight-head prop in place of Sekope Kepu.

Recently signed halfback Nic White will partner Christian Lealiifano in the halves, with Tom Banks returning to the side via the bench.

The All Blacks have made widespread changes to the side that drew with the Springboks, headlined by the return of Dane Coles and the selection of Ardie Savea at blindside flanker. Coles returns to the starting line-up ahead of Crusaders’ Codie Taylor who reverts back to the bench, while Savea will slot into blidside flanker in place of Shannon Frizell.

Savea is joined in the back-row by Chiefs captain Sam Cane, with Matt Todd moving to the bench alongside prop Atu Moli and lock Patrick Tuipulotu. Crusaders lock Scott Barrett replaces Brodie Retallick in the second-row after Retallick was injured during the draw with the Springboks a fortnight ago.

In the backs, halfback Aaron Smith comes into the side for TJ Perenara, whilst Anton Lienert-Brown will make his fourth start for his country at inside centre, replacing dual-code premiership winner Sonny Bill Williams who was dropped from their 34-man squad. 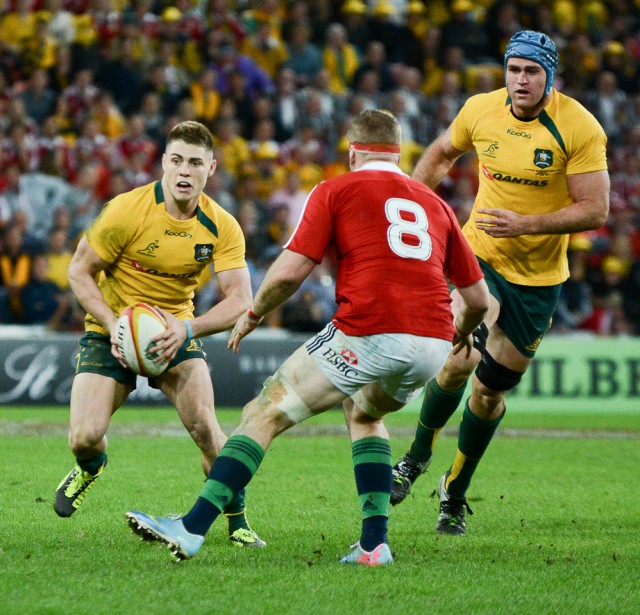 James O’Connor v Jack Goodhue
James O’Connor has been well and truly chucked into the deep end, lining up against Jack Goodhue at outside centre. The flying mullet has been a consistent standout for the All Blacks and Crusaders, establishing himself as the form centre heading into the World Cup. Goodhue will likely be tasked with having to stop Samu Kerevi with the Wallabies expected to shift centres with ball in hand, and if he can neutralise Kerevi, it will be troublesome for a side that has been heavily reliant on his barnstorming run.

This is where O’Connor can come into the fixture, providing some much-needed spark and imagination into the backline. This will hopefully fix what Brendon Shields noted during the Pumas contest, with his data suggesting that the Wallabies lacked creativity and innovation in attack, especially off first phase. If O’Connor can provide this, then he will go a long way to keeping the Wallabies in the contest and potentially causing the upset.

Sio/Latu/Alaalatoa v Moody/Coles/Franks
The shining light of the Wallabies campaign so far has been the dominance of the scrum. The Wallabies bullied the Pumas at scrum-time two weeks ago, winning five scrum penalties against the notorious strong scrummagers and former scrum coach Mario Ledesma. However, this week will be the true test of their capabilities, coming up against the headmasters of the dark arts in Moody, Coles and Franks.

It will be a big effort to neglect the power and influence that the All Blacks front three has on the set-piece, where referees will often give them the benefit of the doubt when it comes to penalties due to their impressive record and reputation. If they can hold their own or even get over the top of them, it will help the Wallabies control possession and territory. If they can’t….let’s just say it may be a long night for Wallabies fans.

92%:The All Blacks record when playing away in their last 12 games, having lost just once (16-9 v Ireland, Nov 2018)
0: The number of times that the Wallabies have lost in Western Australia, winning five games and drawing one.
2016: The last time that the Wallabies won consecutive games in the Rugby Championship, beating South Africa and Argentina
23: The average winning margin of the All Blacks against the Wallabies last year.
25%: The Wallabies overall record vs New Zealand, winning just 36 out of 143 games.
4,933,246: The approximate amount of people in Australia who have not witnessed the Wallabies hoist the Bledisloe Cup, nearly 200,000 more than the population of New Zealand

Despite their strong win against the Pumas, I just can’t back the Wallabies to win this match. The fact that the All Blacks have had two sub-par games and have named a near full-strength team means that they are due for a big performance and this seems like the perfect stage for it. I would love to say that the Wallabies could nab a result but I think we need a lot to go our way if we are to win.

Match Prediction: All Blacks by 13
Bold Prediction: Barrett’s and Smith’s outscore the Wallabies