This week saw the Sydney Rays travel across the country to attempt to win the Horan-Little shield off the current holders, the Western Force in Perth. A wonderful warm and clear day greeted them and the Rays jumped out of the blocks with all of the early running, trapping the Force deep in their own half and coming away with the first points of the match with an unconverted try.

When the Rays added to the score with a penalty to go 8-0 up with a one man advantage courtesy of Jack McGregors attempted intercept being ruled a deliberate knock-down, they were well on their way towards silencing the healthy crowd watching on from the hill.

The Force found an advantage in their forwards and some rolling maul play resulted in two quick tries to the Force before McGregor returned to the play. The second of these tries was a penalty try awarded for collapsing the force maul, so the Rays suddenly found their man advantage reversed at the same time as the Force went ahead on the scoreboard for the first time. McGregor quickly made up for his earlier ill discipline with a fantastic counter-attacking solo run resulting in his first try of the day and finished the scoring for the first half. Force ahead 21 – 8.

The second half was all Force as they dominated in the forwards and opened the game up for the lethal backs, scoring 5 tries in a row to blow the score out to 56 – 8. This could have been an even greater margin if some vital last passes hadn’t been fumbled or forward. It was a pretty complete demolition of the Rays.

With the match all but decided and the benches emptied the Rays did manage another try under the posts when Jack Dempsey rumbled over, but even this late consolotion was responded to as the Force went in for one last try to make the final score 63 – 15. The Force had one last chance after the siren to add another and ball to hand would likely have resulted in a try, but the pass went slightly ahead of the runner and the ball went to ground, ending the game and sparing the Rays any further pain. 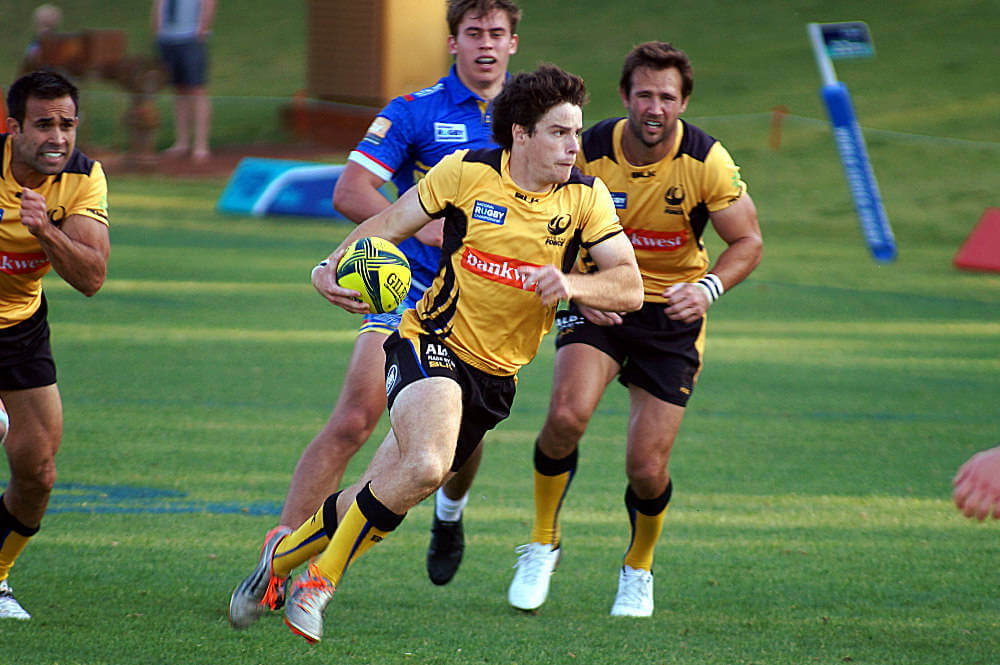 After a fast start the Rays were in the game and would have been looking to push their advantage for the 10 minutes they were one man up with Jack McGregor in the bin. However instead this is where the Force forwards seized control of the game and they never let it go from there. Teams often lift when they go a player down, and so it proved today with the Force outscoring the Rays 14 points to 3 during this period. While the Rays managed to hold on until half-time, they were never really in the game after this point.

This could be given to the entire Force forward pack which completely decimated their opposing pack today. I am going to give it to Brynard Stander who was an absolute wrecking ball, especially in the second half. He finished with one try and was close to a few more but everytime he hit the line he made holes. Almost unstoppable today. Honourable mention needs to go to Rod Davies who looked back to his blistering best, the Rays couldn’t contain his speed him today. He didn’t manage to finish with any tries but set a few up and seemed to have space and time whenever he touched the ball. A few kinder bounces and better passes and he could quite easily have finished with four tries of his own.

Jack McGregor. Despite the early yellow, which did look like a genuine intercept attempt, the kid shone today. He didn’t put a foot wrong at the back defensively and looked dangerous on attack whenever the ball came his way. He created chances, went through holes, put others through holes and supported wonderfully, ending the day with two tries for his efforts.