Congratulations to a severely depleted and traumatised Reds grinding out an 18-6 win over a disappointing Western Force in Brisbane.

The wrap-ups by Coach Michael Foley – “We were outmuscled at the breakdown and murdered at the set piece” and Captain Sam Wykes – “No excuses – weren’t up to it tonight” – says it all.

This was a very difficult game to watch in replay to collect the ruck statistics.

Reds vs Western Force – What do the Ruck Statistics tell us? 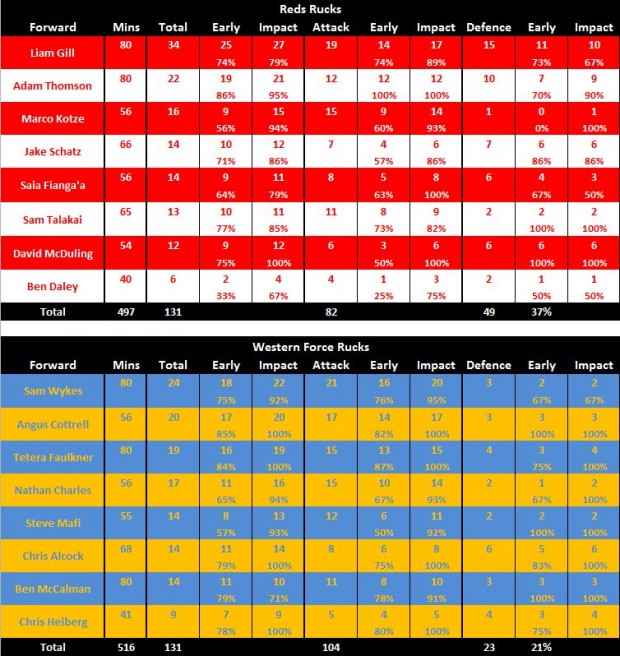 The following tables show ruck involvement for each 10-minutes of the match. 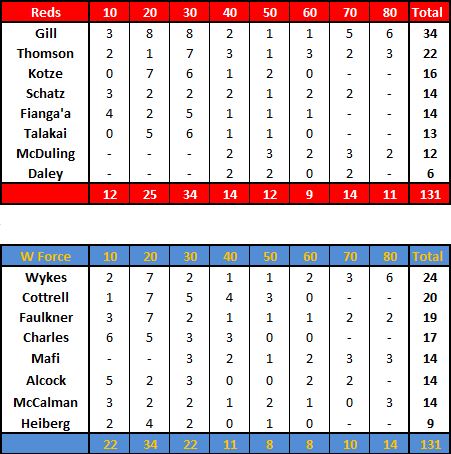 The Tuesday Top 5
Green and Gold Rugby Podcast Episode 168: Watching From the Sidelines with Nathan Sharpe