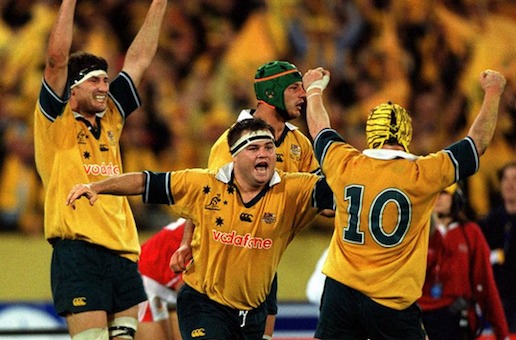 Hot on the heels of the appointment of John “Knuckles” Connolly until the end of next year as a “Coaching Consultant”, the Queensland Reds have today released three significant announcements to their future high performance program.

With the set piece being one of the more positive aspects of the Reds 2015 season, Nick Stiles has been signed for three-years into the position as Senior Assistant Coach. Following on from his trophy winning performance as Head Coach of Brisbane City in the NRC, Stiles’s reputation is one of seemingly few that have increased in his time at the Reds.

What the Stiles said:

“I’m obviously very excited to be re-signing for the next three seasons.”

“The forward pack has developed well over the last two years, particularly in the set piece, and I intend to build on this further in the next three years. James Slipper and Rob Simmons have committed to the program and I believe we have the best young forwards in the country, so there is plenty of growth left in this pack. I’m a proud Queenslander and nothing excites me more than the prospect of helping rebuild this program under the direction the QRU are going.”

Fresh from retirement, this legend of the game (and another) is coming home to Brisbane for three years. Having just retired from a ridiculous sounding 22-year professional playing career, Thorn will be back in Brisbane at the end of this year to look after the young forwards that form a part of Queensland’s development squad. Given his status in the game, and vast experience, he will undoubtedly have a role to play with the Reds team as well.

What the Thorn said:

“I am very excited about becoming involved with the Reds and am grateful for the chance to continue my involvement in Rugby.”

“I’m looking forward to the opportunity of working with the boys and sharing what I have learnt over the years. My family and I are excited about moving back to Brisbane and starting this next chapter in our lives.”

Perhaps the most significant of the signings. Marsh was one of the key contributors within Ewen McKenzie’s High Performance program at the Reds. He has spent the last two seasons at the Brumbies working wonders with their program and returns to Ballymore to take control of an aspect of the program that many thought was under-performing during his absence.

What the Marsh said:

“I’ve thoroughly enjoyed my time with the Brumbies, but I’m looking forward to returning to the Reds.”

Marsh tends to let his actions speak louder than his words.

With Steve Meehan confirmed to be relocating to France to become apart of the Toulon Rugby Club, it leaves only Head Coach, Richard Graham, and Defensive Coach, Peter Wilkins, with question marks above their respective heads for next year. More news around the 2016 coaching structure, as well as player retention, is expected in the next couple of weeks.