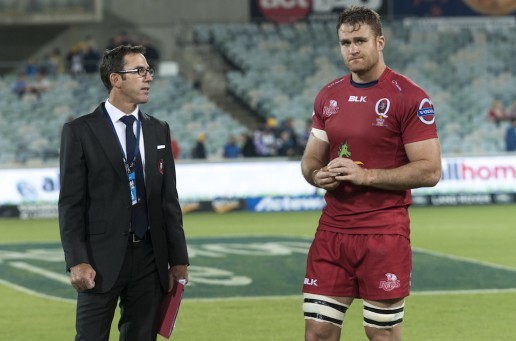 Tuesday’s rugby news has Toomua back for the Brumbies, Graham receiving some support, a quick defection overseas and concussion fears for George North. 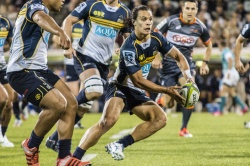 Fly-half Matt Toomua will join the Brumbies for Saturday’s clash with the Lions in Johannesburg. Toomua, who has missed the past four weeks due to an ankle injury, will arrive in Johannesburg today as the Brumbies hope to end a five-match losing streak.

Despite their poor run of form, the Brumbies are still at the top of the Australian Conference – with 33 points from matches – although they are just a point ahead of the Waratahs who have a game in hand. While Toomua’s presence will be influential, the Brumbies will still have to sort out their set-piece issues after being continually penalized in their one-point loss to the Stormers. Wallabies prop Scott Sio is still at least two weeks away from returning after a knee injury. 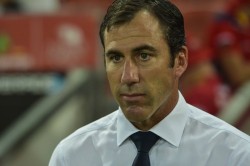 Will Genia has insisted that Richard Graham still has the support of the players despite the intense scrutiny placed on the Reds coach after a few unsuccessful seasons. Genia dismissed suggestions that Graham had lost the playing group, instead emphasizing, “The boys were pretty embarrassed and ashamed of the result. We conceded a few soft tries and we can fix those sort of things.”

While the former Wallabies halfback was broadly supportive of his coach, when asked whether Graham should remain in charge next year, Genia said, “To be honest, I probably don’t have too much of an opinion on that.” Genia, who will be departing for French club Stade Francais after the World Cup, did say that he was supportive of the move to bring in Connolly as a coaching mentor. 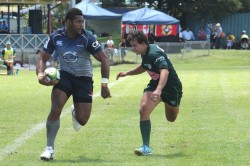 The NSW Waratahs have confirmed emerging wing star Taqele Naiyaravoro has signed a contract with Scottish side Edinburgh. Waratahs chief executive Greg Harris said that the team would like to retain the 120 kg winger’s services despite the signing, although this may be difficult.

“He’s got a contractual obligation to Edinburgh and the other one is he’s currently going through visa applications, and I wouldn’t like to jeopardise either of those things,” Harris said. Naiyaravoro, who is the Waratahs’ joint top try scorer this season,  wouldn’t comment on his contractual status and merely said his focus was on finishing the Super season with NSW. 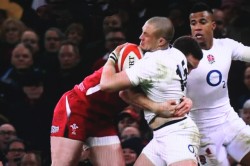 Wales coach Warren Gatland has said he is “hugely worried” about George North’s repeated concussions and fears further injury could end the 23-year-old winger’s career. The Wales and Lions back has suffered four head injuries since sustaining a concussion against New Zealand in November.

North has not played since the latest injury in February following advice from a neurologist and Gatland said he would prefer if North – who has scored 22 tries in 47 tests – continued his break until their World Cup warm-up matches in August. “He has been out for a considerable amount of time but he’s such a young player that if he picks up two or three more of those in the next year that’s going to finish his career,” Gatland said.