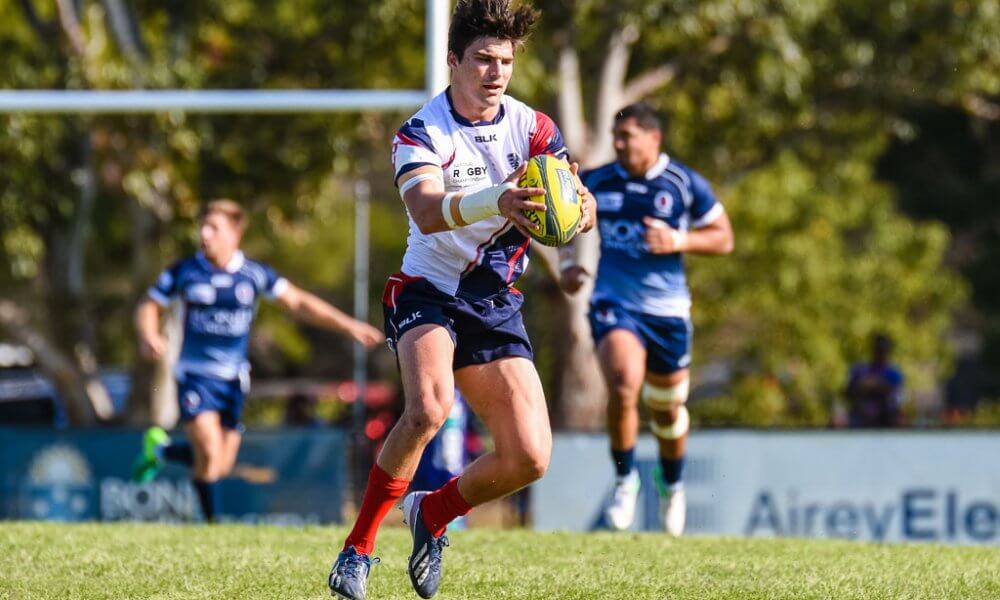 An unchanged Rebels outfit flew to Tokyo to play the Sunwolves at Prince Chichibu Stadium. Both teams impressed in their first outing of the season. The Rebels scored an historic win at home versus the Queensland Reds, the Sunwolves were very competitive versus the Brumbies, although they conceded the ACT team the away win.

For the Sunwolves the main change was the presence in the starting XV of Brave Blossoms’ Michael Leitch on his first game with the Sunwolves after 3 stellar seasons in New Zealand with the Chiefs.

The Sunwolves lost two players early on in the game due to concussion, first to leave the field was Timothy Lafaele, who was accidentally hit on the head by his Brave Blossom team mate Amanaki Mafi. Then Yamada collided heads on with Sefa Naivalu and come second best. Despite this, they were able to come back from an early 10 points deficit to close the first half on par with the Rebels.

The first 15 minutes of the second half made the difference between the two teams: the Rebels were unstoppable and capitalised their dominance with three unanswered tries to put the game out of reach for the Sunwolves.

Once the benches started to get involved and the visitors had more fresh quality players to shut down the hosts and cruise to a well deserved 6 tries win.

Jack Maddocks scored early in the game combining with Sefa Naivalu, on the left wing. Maddocks showed his credentials as number 10 with a superb cut-out pass to the winger and then followed him to offer himself as the logical pass option when Super Sefa was surrounded by red jerseys.
Jack Debreczeni missed the conversion.

Amanaki Mafi was quick to capitalise on another error from the Sunwolves from the lineout and scored a runaway try shortly after to set the visitors’ lead to 10 points due to another Debreczeni’s missed conversion.

A good reaction from the Sunwolves awarded them with their first 3 points of the game, Ryoto Nakamura at the 25th minute slotted a penalty from 40 meters from the sticks.

An intercept try by Sunwolves Will Tupou converted by Nakamura gave the hosts the equaliser. Tupou risked to concede an easy try to Jack Maddocks when he decided to go for the intercept, but his timing was perfect, he caught Dane Haylett-Petty’s pass for the winger and was able to run more than 50 meters untouched to the Rebels’ try line 6 minutes from the end of the half.

The Rebels started the second half well spirited and Jack Debreczeni put them in front with a penalty after just 3 minutes.

Meanwhile, the Sunwolves lost Sam Wykes to concussion in the passage of play that preceded the penalty.

Sefa Naivalu was quick to capitalise on a nice Genia pass after a won scrum just one minute afterwards to extend Dave Wessel’s men lead. Debreczeni was again unsuccessful with the conversion almost from the sideline.

The Rebels run continued with Maddocks’ second major again after a good move of the backline inspired by Will Genia from the scrum.
Reece Hodge took the honour from the tee this time and slotted the conversion thanks to his usual powerful boot.

The lead rise to 15 points after less than 10 minutes into the second stanza.

Jack Maddocks in the Sunwolves pack

Too easy for the Rebels’ backs that combined with remarkable ease for a group of players playing their second game together and Maddocks put his stamp on a MoM performance with his third try of the arvo. Praise to backs coach Shaun Berne.

Jack Maddocks earned his MoM award when he sprinted 80 meters to catch Yamaguchi after an intercept metres from the try line and stopped the replacement centre from scoring.

The remaining minutes of the game saw the Sunwolves dominate territory and possession, but they managed to put points on the scoreboards only at the 79th minute after a series of penalties in front of the opposites posts which gained them also a one man advantage.

In the dying minutes of the match the Rebels pushed the Sunwolves deep in their 22 meters and were awarded a penalty try when Quirk moved from hero to villain preventing Rangi to score a sure try knocking down a Maddocks’ pass. Yellow card for the number 8, 7 pointer for the Rebels and game over.

The Rebels scored their second impressive win in two games with a solid display against a much improved Sunwolves outfit. The most remarkable aspect of the win was the coral play from the Melbournians after so few games together. The season is in the early stages, of course, but the signs are very positive on the banks of the Yarra.

The Rebels first 13 minutes of the second half was a lethal display of this team’s potential. Solid scrummaging, clever passing from Will Genia a precise backs’ combination gave a textbook 3 tries break to the visitors.

Jack Maddocks was instrumental for the Rebels, not only for his three tries, but mostly for the work he done in defence. Remarkably this was the second game on the wing after years spent at flyhalf for the Wallaby prospect.

Dave Wessels must be on Raelene Castle watch. The 34 years old coach has showed few times what he is capable of. Only a World Cup triumph will avoid Michael Cheika losing his spot for the South African genius.