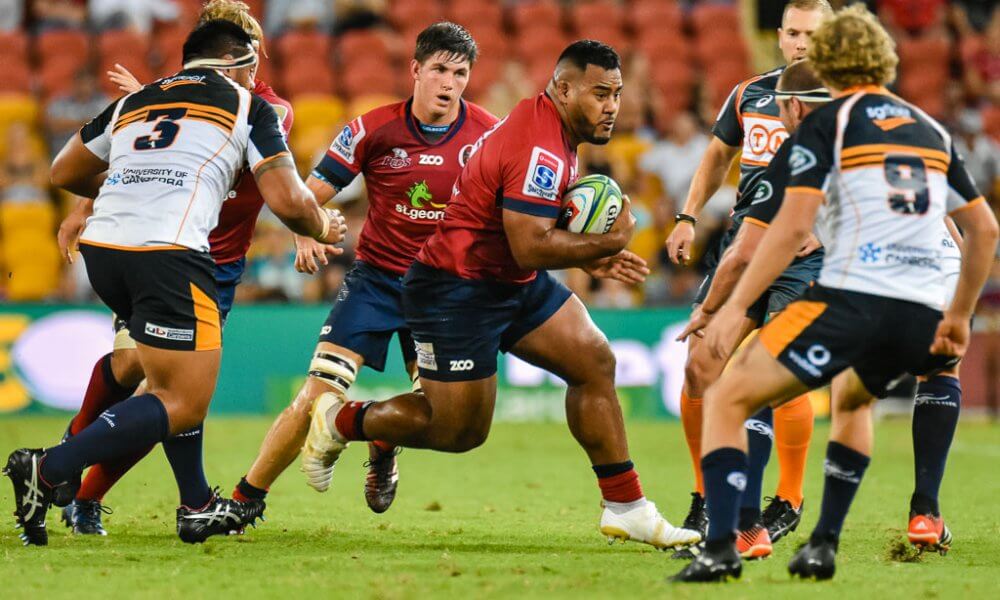 The Queensland Reds have defeated the Brumbies 18-10 for their first win of 2018 in front of 11,034 fans at Suncorp Stadium.

The Reds overcame the suspensions of captain Scott Higginbotham and lock Lukhan Tui to showcase a fighting spirit absent from that organisation for years.

Queensland were held tryless through 80 minutes, but three penalty goals apiece to halves James Tuttle (10, 24, 57’) and Jono Lance (65, 71, 80’) were enough to eclipse the visiting Canberrans.

Brumbies try-scorers Joe Powell (30’) and Naisarani (75’) brought the Brumbies within five-points to ensure an exciting finish, but discipline would prove the Brumbies final undoing.

Another infringement, deep inside their 22, invited Lance to put the match to bed with a walk-off penalty goal to secure Queensland’s second consecutive win over the Brumbies. 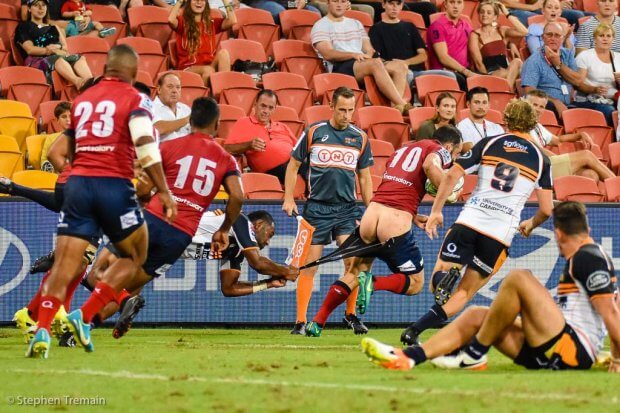 The Tongan Thor’s impact throughout the match showcased exactly why the Tongan-born juggernaut was imported from Auckland schoolboy rugby in 2014, imposing his terrifying will upon the Brumbies early and often in attack and defence.

The home side played intelligent football through the opening half hour but were foiled by desperate scrambling defence from the Brumbies who repelled their buoyant opposition at every charge.

Josh Mann-Rea, Lachie McCaffrey and Joe Powell twice were involved in try-savings efforts, holding their hosts to just two penalty goals in the opening half hour.

That defensive fortitude paid off in the 30th minute as Joe Powell slipped through a gap from short range to score on second phase. Flyhalf Christian Lealiifano failed to convert but the Brumbies’ momentum was building steadily.

A 35th minute yellow card to No.8 Caleb Timu, Queensland’s third within three halves of football, swung momentum firmly back the way of the Brumbies, who trailed 6-5 at the break.

Queensland skipper James Slipper soon followed Timu to the bench, a result of an earlier injury rather than the referee’s whistle. 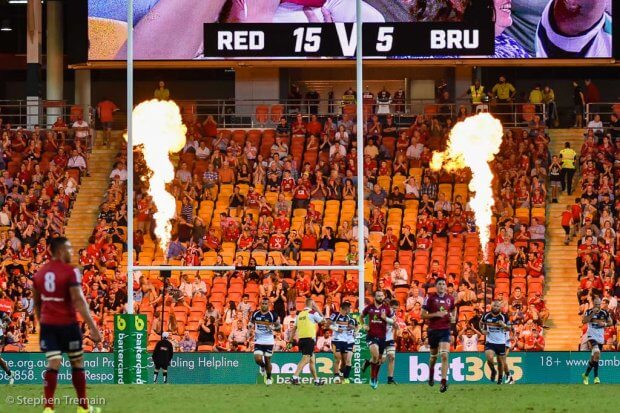 Neither side could find any rhythm to break the deadlock through an intense second half with the Queensland scrum the only weapon of note in play.

Brumbies blindside McCaffrey paid the price for getting caught in the wrong side of the ruck in the 57th minute as Tuttle kicked his third penalty goal of the night, taking the Reds to a 9-5 lead.

Flyhalf Jono Lance converted his first shot on goal in the 65th minute to capitalise on another dominant scrum, spearheaded by substitute tighthead JP Smith.

The Brumbies’ discipline continued to fray as the match wore on with Lance adding Queensland’s fourth penalty goal in the 71st minute to open up a 10-pt lead.

The Brumbies struck back through a Naisarani burst from the base of the scrum to claw back scores to 15-10 with five minutes remaining, but the Queensland Reds showed their mettle to ice the match upon full-time with Lance’s third penalty goal. 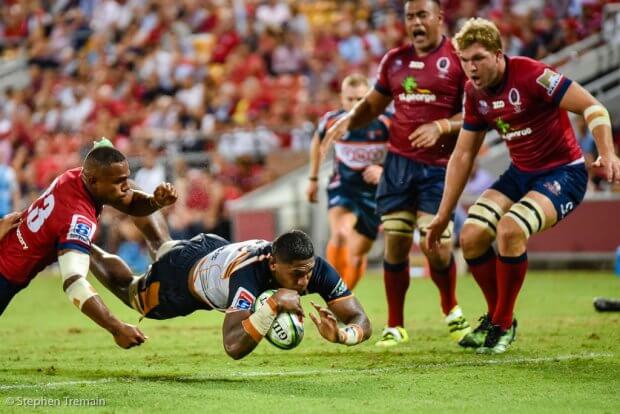