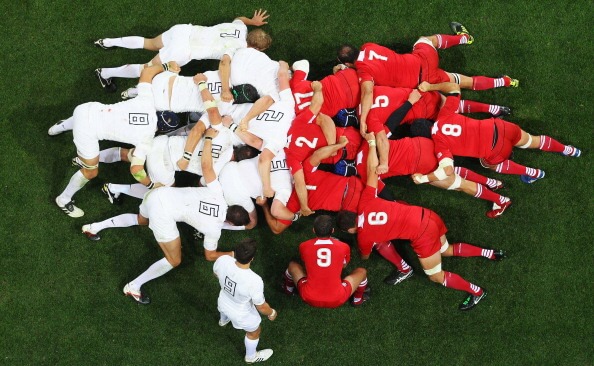 The Crooked Feed has been quiet lately and the ancient one has been nodding off from watching too many rugby games.

But now we can consider happy returns, the way we were, sevens and eights and the House of Lords.

Ruan Combrinck chipping for himself to score

●++Kings v Brumbies Rd13 — This was only the second time these teams had played each other; their first meeting was in Canberra in 2013.

Of the players in Port Elizabeth, Alexander, Speight, Carter and Kuridrani played in the Canberra game, but none of the Kings did.

●++Nice comeback – How good was Lions’ winger Ruan Combrinck on his first game back from cracking his shoulder against Wales on the Springbok November tour?

Against the Bulls in Round 13 the ball went wide to him, and as though he were Christian Cullen he chipped Jesse Kriel, caught the ball on the full and scored in the corner – after 72 seconds.

Not in my day

Near the end of Reds v Force match there is a scrum and the Force no. 8 keeps bound with one arm on a lock, and he casually reaches forward with his free hand to roll the ball back to the scrummie.

Not in my day says this ancient. Even the half-back couldn’t put his hands on the ball in the scrum – it had to be heeled out before he touched it.

The same with the rucks – but it was easier then because everybody had to stay on their feet. Rucks were like loose scrummages (that’s what Danie Craven called them) and they moved up the field, like a maul, with the ball on the ground.

What’s that you say? Players still have to stay on their feet in rucks? Haven’t noticed it lately.

●++Underarm rugby – Scotland beat NZ for the first time ever in the quarter-finals of the London Sevens, but there was a bit of drama.

Having been behind 0-21 a few minutes before, Scotland had scored 17 points on the trot and needed a try at the end to progress to the semis. Having just scored they kicked off and recovered the ball, but it went into touch. NZ throw.

There were only eight seconds left and Scotland looked doomed but the touchie reported that the Kiwis had played with an extra man from the last restart.

Indeed – you could see on the TV that they had eight men on the field a few seconds before the ball went out. The eighth man must have slunk away after that.

It was similar to when the Kiwis beat the Aussies last year in the Sydney semi-final, and scored with eight men and won the game by three points. It wasn’t noticed then; but if any Kiwi mentions under-arm bowling at the MCG, come back with: “What about Eights at the Sevens at Allianz Stadium and Twickenham?”

●++Place the ball – In XVs why don’t teams have to place the ball on the ground immediately when they are penalised or free-kicked, as they are required to do in Sevens? They’re denying the other team a quick tap deliberately.

In XVs we see players from the offending team running back with it a few metres or throwing the ball away to the side. Sometimes they pretend that they think it is their advantage, and tap and go. This gives their defence time to reset

Fix this up please.

I thought that John Porch would have got a mention.

Dylan Pietsch – one of the fastest Aussies in Sevens?

●++Halfpenny Down Under? – Robbie Nock mentioned in commentary in the La Rochelle v Toulon semi-final on the weekend that Toulon fullback Leigh Halfpenny didn’t want to commit to a long term extension of his contract.

According to Nock he was interested in connecting with his pal and Rebels’ Assistant Coach Morgan Turinui, and playing Super Rugby.

●++Excellent stat – There was an interesting stat mentioned in Rd 13 by the commentators about Hurricanes’ scrumhalf TJ Perenara. He led the NZ Conference in turnovers won with 16; the next highest was Ardie Savea with 12.

●++Sean Maloney – In the Paris Sevens an Aussie lost the ball in the act of scoring a try against Samoa..

Kennewell coughs up the ball with the chalk calling his name.

Samoa was involved again when France were behind at the end but had a lineout on the Samoa 5-metre line. It was poached but France got a chance for another one at the death. The same thing happened.

And it’s another repeat, Samoa steals it again.

●++Greg Clark – Clarkie has to be one of the best commentators going around.

– All the English commentary for Jaguares’ home games are handled from studios in Australia, NZ or the RSA – they don’t fly them over there.

The commentary is therefore usually as dull as dishwater but didn’t Clarkie make the game exciting when the Force played the Jags in Buenos Aires?

– He was in good form also after the Crusader blindside flanker took the ball up near the Rebels’ goal-line last weekend.

With a name like that he should be in the House of Lords.

HBC – should be in the House of Lords