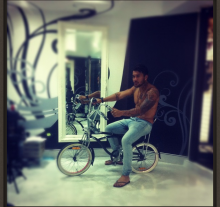 Where is his helmet?

Digby rode his bike to the tattoo parlour during the week. His shirt got a stain on it so he had to take it off and wash it straight away. 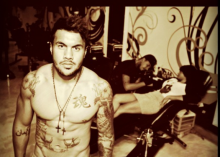 He went back the following night. On the way there he saw a homeless person with no shirt, so he took the shirt off his own back and gave it away. Then he took a completely un-posed, spontaneous and unexpected photo.

He played against the Force on Saturday. Look closely.

He had a photo shoot yesterday, along with other Wallabies. They had to take their shirts off because someone had used a washing powder they were ALL allergic too. They used oil to soothe the itching.

Not content to support gender equality in pictures, QC also showed us that he has a fine appreciation for women in film. I particularly like his nuanced interpretation of Sandra Bullock’s award-winning acting skills.

James O’Connor: Once is chance, twice is coincidence, third time is a pattern. 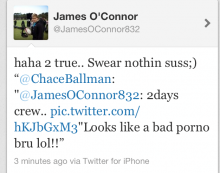 Kurtley Beale struggles with the existential dilemma that sport poses all of us, from time to time. Who is my opponent? Am I my own enemy? Do I, from time to time, undermine my own ambitions? Who should I support, my teammate or our opponents? Yes Kurtley – good questions, all. You are a very wise man. 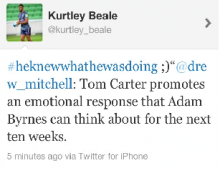 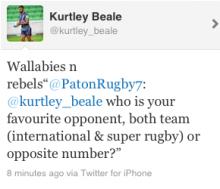 The Artist-formerly-known-as-Prince haircuts of Super Rugby

Stephen Moore pointed out the number of Prince haircuts in Super Rugby these days. He has a point. 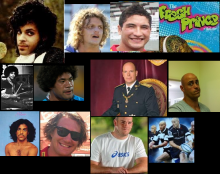 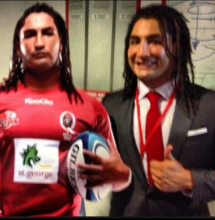 No, I am Spartacus c/- @FaingaaTwins 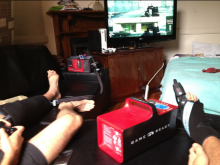 What players really get up to after games... c/- @L_Weeks

Gareth Delve managed only 2 from 13, which we thought was a little disappointing given it was St David’s day. We have high hopes for this week’s contestant, 150 cap man himself, Mr Nathan Sharpe. He’s a longtime friend of the site, one of the best guys you’ll ever meet, and a forum favourite to boot. We like him because not only is he a deadset champion, he’s also a seasoned interviewee and he can think on his feet. And surely he can get more than 2! (Damn you Delve…!) Good luck Sharpie! 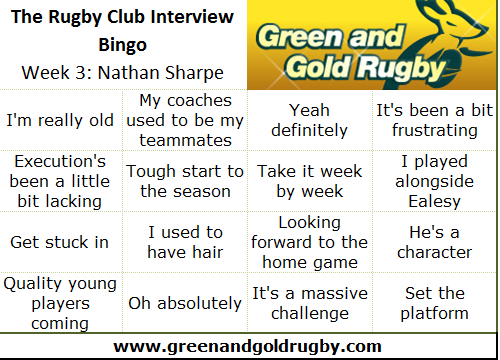