Jaguares v Reds – Round the world in 14 days 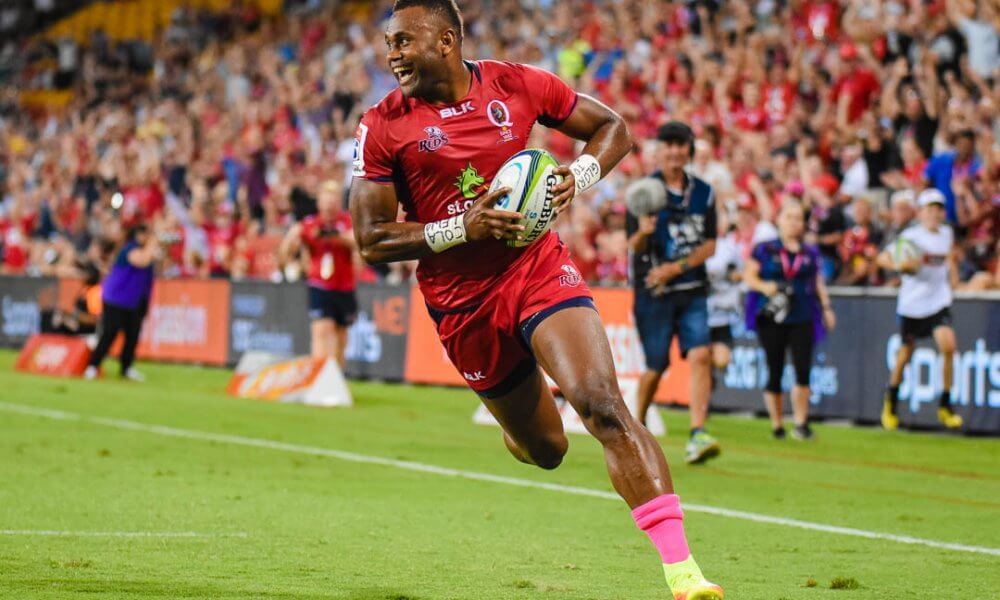 Jaguares v Reds – Round the world in 14 days

Is there anything better than rugby with breakfast on a Sunday morning?

On a form front, the Jaguares start the game with three wins from the opening four games. The Reds were the complete opposite with one from four. And the Reds have not won on the road since 2015. Sigh….

A late change to the Reds side saw Leroy Huston being left out of the 15 with an eye injury, Hendrick Tui moving into blindside flanker & George Smith coming onto the bench.

Looking for something positive, I had a quick glance at the team sheets. Did you know that all but two of the Jaguares have test caps (with a total of 521 in the team)? This compares to only seven of the Reds for a total of 342 (this includes the 38 cap contribution from Hendrick Tui for Japan), over half of which are donated by two men – Stephen Moore (117) and George Smith (111).   On the positive front (I told you I was looking for one), the Reds started the season with 727 Super Rugby caps compared to the 182 of the Jaguares. So let’s pretend that the teams are pretty even on experience.

So, let’s see if all of this matters…

I started watching this game with the thought that the Reds would be having a tough night at the office. The first half turned out to confirm this, but it was perhaps better than expected. Most of the first 40 minutes was played between the 22’s.

Both sides had their chances but were let down by poor handling and/or poor decision making. After a lot of back & forwards the first real scoring opportunity for either side came in the 16th minute with Juan Martín Hernández taking an unsuccessful shot at a penalty.

With a bit more trading of handling errors the Jaguares eventually launched a raid on the Reds line which ended with Nabuli knocking on in the tackle. After what seemed like an eternity, and a few helpful replays, Fraser decided to review the incident and binned Nabuli for the knock on being intentional. In my opinion, politely, this was a bullshit call but this doesn’t change the outcome.

A minute later Douglas was shown the yellow card for driving in the side of the maul that resulted from the lineout, and the Reds were, for the second time in two weeks, down to 13 men. From the resulting scrum, it was only a matter of time before the Jaguares crossed the line through De La Fuente. Hernández converted and the score was 7 to zip.

Life continued until the 28th minute when the Jaguares 14, Moyano, showed some dancing feet and clean pair of heels to break through a sparse Reds line to score their second try. The conversion was missed so the score remained 12 – 0.

Coming into the 34th minute the Jaguares were penalised for being off side and McIntyre stepped up to put some points of the board for the Reds. Five minutes later Hunt was penalised for a marginal high tackle and Hernández returned the favour, taking the score to 15 – 3 at the half time break.

If the first half was hard to watch as a Reds fan, the second half didn’t start any better. They seemed to continually lose patience and after holding the ball for a few phases would kick the ball back to the Jaguares. Rinse. Me screaming at the television. Repeat. As one of the other correspondents (TheKing) put it “The hosts provided just enough rope for the Reds to hang themselves on attack as the Reds squandered opportunities again and again.” How can the Reds have had 67% of possession yet still finish 14 points behind?

In the 48th minute the Jaguares got a throw into a line out following a penalty against Lukhan Tui for sealing off. The resulting maul left a gaping hole in the Reds’ defensive line which allowed De La Fuente to jog over for his second. Hernández drop kick the conversion to bring the score to 22 – 3.

The Reds were the last to trouble the score board when Higgers eventually forced his way over the line. The conversion dropped short from McIntyre and the score was 22 – 8.

The rest of the game was mostly difficult to watch. Ezcurra was binned for a deliberate knock on and then a TMO “check check” meant Douglas was penalised for cleaning out a Jaguares player by the neck. He was probably lucky Fraser didn’t think it was a bad enough for a yellow card, he would have been seeing red.

After 2 hours we were eventually put out of our misery. The continual referrals to the TMO, either by his “check, check” call or from Fraser, really dragged out the game to a ridiculous level. Not sure the officiating from any the games this weekend has done the viewer numbers any favours. So.

The Jaguares are now 4 from 5 and the Reds 1 from 5. This is looking like it could be a long season.

The two yellow cards for the Reds in the first half was always going to make life difficult for them. Also the continuous referral to the TMO meant that neither team could maintain any momentum.

There were really no stand outs on either side. Hernández probably takes it, if only for his contribution to the Jaguares.

Best of the Reds is even harder to find. Anyone got any suggestions?

Hunt again put in some good work. Yes he is being penalized, but he is also doing a lot more work than the rest of the team. Moore played well this week, and the two P’s (Paia’aua & Perese) also played well. Perese was replaced at half time however so here’s hoping there is not an issue there.

Yellows all round – Nabuli, Douglas, Ezcurra