Finals’ preview in the Dewar Shield 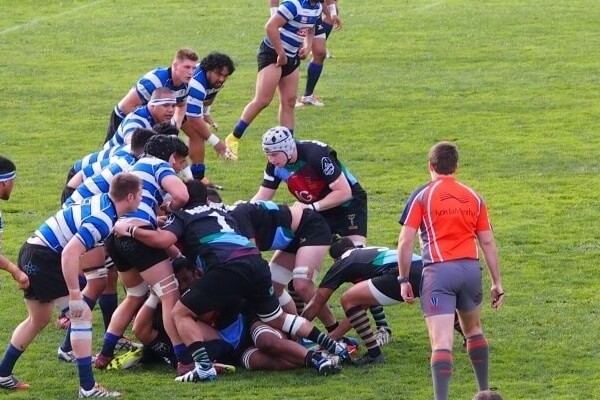 Finals’ preview in the Dewar Shield

Tomorrow’s match between Harlequin and Melbourne will see the two best teams of the Dewar Shield locking horns.

Harlequins have so far run a perfect season, winning all the 13 matches played scoring a bonus point.  The Melbourne Unicorns have lost only the game against Harlequins and, with three games to play before the end of the regular season are already set for the second place. This ensures the two team will meet again in the preliminary final and, likely, in the grand final.

Green and Gold Rugby has spoken with Pom Simona, head coach of Harlequin and his counterpart at Melbourne, Tumai Edwards. Two close friends that have played together, against each others and now are testing themselves from in their new roles.

G&GR: Pom, this is a preview of the grand final, what do you expect from this game?

Pom Simona: potentially we can play Unicorns four times this year, if we could score another win, it will have more a psychological effect than else.  Finishing the season undefeated will be great and winning both regular season’s game against the Unicorns will give us an advantage in the finals.

G&GR: Tumai, your only loss this season was against Harlequin, despite not having an influence on the ladder.  How you approach this game?

Tumai Edwards: we are looking at this game as a little bit of payback from the first time around we played them. Things start to jelling together, we are confident, we want to put up a good challenge.
We will miss only a few players and I’m confident in the players called to the team will do a good job.

G&GR: The first match between your teams was a very close encounter, what have you learned from that game?

PS: We need to learn from that first game, we’ve been tested in defence, especially around the ruck and the short side. We got the points out that game, but we had to keep our intensity for the 80 minutes. Concentration is the most important thing playing against them.

TE: it was disappointing losing our only game on our home ground, we learned that against the Quins we have to give our 110%, they are a very strong team, we want to keep our structure, play flowing rugby, but do every little thing better.

G&GR: what will make the difference this time around?

TE: the battle of the forwards will be crucial, the team that commits fewer errors will win

PS: the bench will be fundamental, in the first game the Unicorns had better subs than us and kept coming, each team will have to take every chance to win, they’ll be few.

G&GR: Pom, your team is running for the record; a perfect season. So far, has this become your goal?

PS: I’ll lie if I’d say that we are not proud of it, of course, we are looking forward to keeping our perfect score so far, but the real goal is only the Shield.

The game will be played at 15:10 at the Harlequins home ground, Holmesglen Reserve, in Power Avenue, Ashwood. With the Rebels playing in New Zealand, a bigger than usual crowd is expected for this top of the ladder clash.

The game will also see one of the most capped referees in Victoria, Darren O’Brien, bow out after more than 250 games before re-locating with his family to Europe.

While this match will not change the face of the finals, the rest of the schedule will.

Fifth-placed Moorabbin will host Footscray in the endeavor to climb to the fourth spot on the ladder, currently occupied by Power House, which will have a bye. Endeavour Hills will travel to Southern Districts on the same quest, while third-placed Box Hill will face Melbourne University, in a must-win game to avoid being caught by the followers.