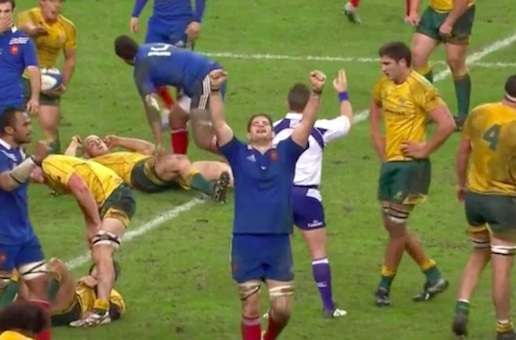 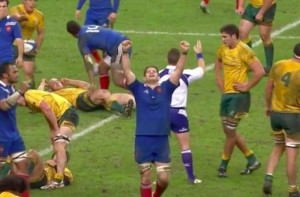 The Wallabies were totally dusted last night in Paris. I can’t think of one single aspect of the game in which we held any degree of superiority over this new French side.

Our scrum was demolished. France had a slight advantage at the lineout. They overwhelmed us at the tackle contest and their defence totally obliterated our attack. I perhaps overstate their defensive efforts, because our attack is non-existent and has been for some time. Worse still, it’s getting steadily worse.

We must make some changes before the game loses all credibility amongst Australian supporters.

I’m not comparing us with the world’s best here. Ireland plus a few injured or now-retired world class players were humbled by 60 points by New Zealand at their last outing, but they still were infinitely better in the fundamentals of their attack than we were on the same day.

Conor Murray can get to the tackle quickly and distribute the ball immediately and accurately – without a step back and a skip. And he hits the target about 99 per cent of the time. Why can’t Nick Phipps do anything remotely like this? Jonny Sexton can support, get a second touch on occasion, get his attack moving and pass accurately. Why can’t Kurtley Beale do likewise? He’s certainly not without massive innate ability. How come new boy Simon Zebo can catch the high ball and our guys struggle hugely? 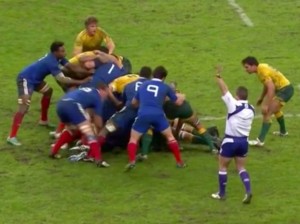 Déjà vu all over again

The French had this ‘brilliant’ idea that if, especially given the conditions, they stood closer together, passed accurately in front of the receiver, supported in depth from inside to out and arrived off the shoulder of the ball-carrier, they would get numerous off-loads, put defences under pressure and get some line breaks. Wow! And it worked!

This is Essential Level Attack – at least, it is in my Coaching Manual.

On another tack, we were strangely lethargic for a team that hasn’t done anything serious for a few weeks. I noted, as early as five-to-ten minutes into the start of the game that we were one-paced and lacking any urgency. I’ve seen us this way before and it can’t be that we were tired; we showed more urgency in the last ten minutes than in the first. Additionally, Radike Samo – 35 years old? – showed more urgency than the rest of the team in total. How? Why?

It looks to me that we don’t really know and/or believe just how we are going to win the game. Maybe, and I’m just guessing, we are talking and thinking in generalities. This is certainly one sure-fire way to produce hesitation and confusion.

The TV commentators, especially Greg Martin, spoke positively of the Wallabies’ courage, and I agree that I have done similarly in the recent past, but courage in not solely about commitment in defence. And we weren’t actually all that good here either on the night. It requires real courage to put one’s ability to the test in the face of opposition defence – ‘to risk failure to achieve success’, as the saying goes. Campo, for example, was never the world’s greatest tackler, but he certainly gave it his very best shot whenever he, or his teammates, had the ball. We were not up to this sort of demand at all.

It all started to look ominous to me a couple of weeks back when we had the Academy Awards for the Wallabies’ season, complete with WAGs in evening dress and photographers, and everyone extolling the performances of various individuals in what was a very ordinary season of rugby for us. The reality is that the only thing that counts is the quality of our performances. Did we play as well as we could have? The answer is clearly ‘No!’ So let’s stop, for goodness’ sake, patting ourselves on the back!

In addition, we had started to talk about the possibility of a ‘grand slam’. I know – actually from personal experience – that this is never a good idea. It soon brought disappointment for me and for the 2012 Wallabies Spring Tour.

We must focus on quality performance and how to achieve it.

I am sad to say that I have completely lost faith in the ability of this group to achieve that.