Western Force: 10 Years in the Making 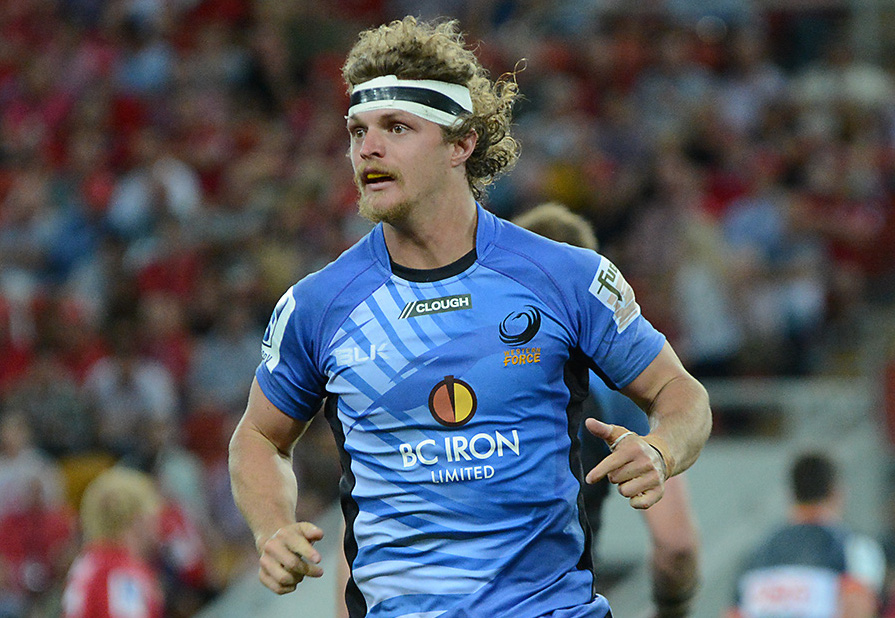 Western Force: 10 Years in the Making

Falling at the last hurdle to a maiden finals appearance in 2014, the Western Force will be looking to build on their most successful season in the club’s history, and go one step further in this their tenth season of Super Rugby.

Coach Michael Foley has said that he was very proud of what the team achieved in 2014 but understood that last year counts for nothing in 2015 with all teams starting from scratch.

The catch cry ‘Back to back’ has been promoted amongst the players during pre-season showing the players are determined to prove to all that last year was not a one-off and that they can consistently mix it with the best.

Foley has emphasised the need to keep the things that made them successful last year (i.e. kick exits, set-piece, defence) the same – or at least tweak them. Additionally, the Force are putting a greater focus on attack, which will hopefully result in more bonus points – something that cost the team in 2014.

Counter-attack specifically has been alluded to by Foley and players in the media and evidenced in the recruitment of guys like Scott, Nikoro, Yamada, Lacey and Mafi.

After two early losses, the Force’s chances in 2014 were written off by fans and pundits alike. However, an inspired home win against the Rebels would set in motion a record run.

A string of wins against the Highlanders, Chiefs, Reds and Waratahs was ended by an away loss to the Rebels, but followed up with 3-1 against South African opposition the Bulls, Cheetahs, Stormers and Lions.

By the Lions game, the momentum the Force had gathered had dissipated. It was not an ending befitting what was almost a fairytale season, as the Force subsequently went down to the Crusaders, Blues and Brumbies. Despite their consolation win against the Reds, their finals hopes were dashed.

They finished eighth with nine wins, and only two points shy of finals qualification.

With the club having never won their first game of the season in their past nine attempts, starting off the season well is a priority. This task is made all the more difficult with five of seven of their first bloc of games before the bye in round 8 played away, including a daunting two-game South African tour against the Bulls and Sharks.

After the bye, the Force play two home games, both against South African opposition. They then take on the Chiefs and Blues away on the NZ leg of their season, and the Waratahs at home before the second bye in round 13.

From there, the Force have the benefit of playing three home games against the Highlanders, Reds and Brumbies, before finishing the regular season off with a game away in Melbourne.

As the old adage goes, ‘there is no I in team’; however there are some players who are likely to stand out.

Mafi getting over the advantage line (2014)

Let go by Michael Foley while he was Waratahs coach for being too light, a certain irony can be found in the fact that four years later, Steve Mafi is brought back to Australian rugby by Foley, now Force head coach.

A huge, dynamic unit at 198cm and 113kg, Mafi made a name for himself in the English Premiership playing for the Leceister Tigers and became a fan favourite at Welford Road. He was regarded for his strong ball carrying and big game temperament.

He fills the void left by Hugh McMeniman – assuming that lock-cum-flanker role – and will help bolster what is an area of strength for the Force. With ten caps for Tonga, and 85 for Leceister, his experience will be invaluable.

With Ebersohn and Godwin inside him, Rasolea played consistently (when fit) in a steady combination in midfield that improved with each game in 2014. The understanding in particular between Godwin and Rasolea enabled them to interchange centre positions in attack and defence on many occassions.

More importantly, Rasolea provides a point of difference at outside centre to Godwin at inside centre: the ability to power his way over the advantage line as other line-busting centres such as Nonu, Kuridrani, Fekitoa and Kerevi can.

His bullocking runs enable him to break tackles and create half breaks, or just quick ball for the rest of the team to capitalise on. Having a SBW-esque offload comes in handy too when you can draw in multiple defenders like Rasolea can (see Cottrell’s try vs. Rebels, round 3 2014).

The Force come into 2015 with their first trial match today with added pressure, and the expectation of backing up their efforts in 2014. Make no bones about it, opposition teams are less likely to take the Force as easy-beats as they would have previously.

In a world cup year, the Force might benefit from not having as many current test players as say the Waratahs, Brumbies or Bulls to worry about resting and rotating, but generally are at a disadvantage against these teams.

However, if Foley and his assistants can get the team’s attack to be more lethal without having the majority of possession – and pick up more bonus points throughout the season – the Force could realistically push for better than eighth place – perhaps even a maiden finals berth…

An affable guy with a passion for rugby union.

Super Rugby is coming
Should the Wallabies have a Board of Selectors?