Wallabies – We Can Fight Back! 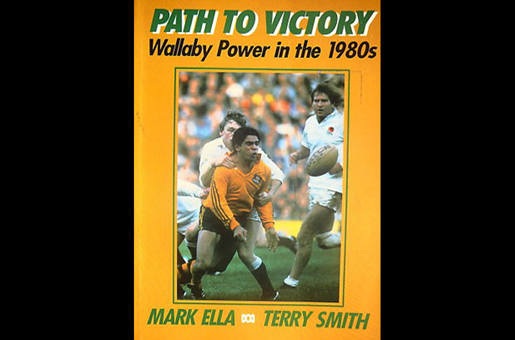 Wallabies – We Can Fight Back!

In 1987 Mark Ella authored a book called Path To Victory: Wallaby Power In The 1980s. Ella had plenty to write about at that time but sadly you couldn’t write such a book today. What will it take for the Wallabies to get back to the pinnacle of world rugby — what is the path for today’s team? In my Wallabies Fightback series over the last two weeks I’ve tried to map out the obstacles and some possible solutions.

I’ve been raising many of these issues in this series in articles on Green & Gold Rugby since 2009. The Wallabies under Robbie Deans appear to be not progressing and in fact have regressed in some areas.

The Wallabies are not playing to their strengths – historically when we’ve been at our best we’ve been a team with a competitive pack of forwards but with skilful, creative and fast backs who could score some magnificent tries, but as I detailed in Part 1 of the series it appears that Deans wants a more conservative game plan.

In my view the Wallabies scrum has been under pressure in 2012 from both Wales and the All Blacks, as I showed in Part 2 of the series.

Andrew Blades has only recently taken over as the forwards and scrum coach so it’s hard to judge his performance at this time. But when we interviewed him this week for Podslam 77 I put my views to him on the scrum performance so far in 2012, and he claimed that the scrum has actually only been under pressure on opposition ball and that on the Wallabies’ own feed the scrum has been good.

Since that interview I’ve gone back and watched footage of every scrum against Wales and the All Blacks and I maintain that the Wallabies’ scrum has gone backwards or been penalised in 12 of the 28 completed scrums in 2012 where the Wallabies fed the ball. That’s a failure rate of 43 per cent which I’d hardly call a good performance.

I’m not sure where the Wallaby coaches get their scrum statistics from but if they don’t even believe the scrum has been under pressure it’s unlikely they’ll implement the necessary changes.

As far as I’m concerned the Wallabies won only one of the All Blacks’ 26 lineouts in the two matches – just 4 per cent.  When we interviewed Blades this week I put my views to him and he claimed that he was happy with the defensive performance against the All Blacks and that Verusco, the company that provides statistics to the Wallabies, said that the Wallabies actually won 5 of the 26 All Black lineouts (three in the first match and two in the second), which would equate to winning 19 per cent of All Black-thrown lineouts.

I think most people who watched the matches against the All Blacks would be surprised if you told them that statistics showed that the Wallabies had won 19 per cent of the All Blacks’ lineouts. If the Wallaby coaches are basing their analysis of their lineout on data showing 19 per cent of lineouts won against the All Blacks when the actual figure is no higher than 8 per cent, it’s clear the issues aren’t even being correctly identified. The Wallabies have their own full-time analysts so I don’t understand how the statistical errors they’re being fed are not being picked up or questioned by the coaches.

As I showed in Part 4 of this series the Wallabies’ kicking in general play has been poor for a long time. Whilst the amount of kicking is generally not an issue there are far too many errors being made with decision making and execution.

In 2012 the Wallabies have appeared disorganised in attack.  n the Welsh series it often appeared as though they had hardly trained or played together, and in the two matches against the All Blacks their mode of attack kept changing.

In Part 5 of this series I suggested using one of the Wallabies’ existing structures as a base structure – same-way attack by the forwards until the playmakers see an opportunity.

The Wallabies’ defence has been reasonable in 2012 but as I showed in Part 6 of this series, in the two matches against the All Blacks the backline has started missing too many tackles (whilst the forwards have improved their defensive performance).

The Wallabies may be the number two team in the world and the All Blacks are certainly a formidable number one, but I don’t accept that the Wallabies do not have the players or the ability to compete for that number one spot.

I believe that if the issues with the core areas I’ve outlined were addressed the performance of the Wallabies could be improved dramatically and relatively quickly.

Nothing that I’ve proposed is radical; none of the ideas are complicated and all of them have already been discussed by many other people — and that’s what frustrates me the most: the need for changes in these core areas is obvious and the solutions are not rocket science.

Wallabies – It’s Time For A Fightback! Part 6
Instareview: Wallabies down Boks in Perthfontein