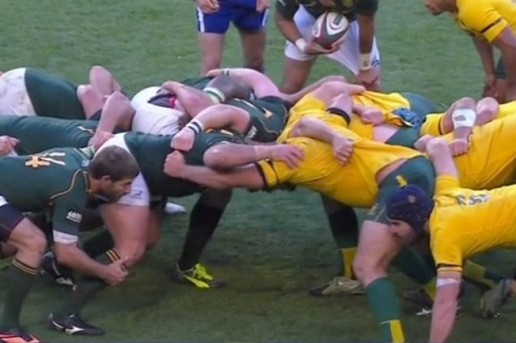 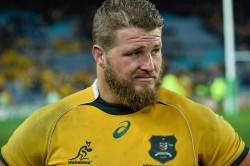 Vice-captain James Slipper has emphasised that the Wallabies have grown in confidence after close wins against Argentina and South Africa, giving them a strong belief that they will be able to get a win at Newlands for the first time in 23 years.  “You get confidence from just scraping through a tough win,” Slipper said. “The character of the team shows that we can do it when it gets tough.”

Slipper also said that it was important to regain momentum after the team’s disappointing loss to the All Blacks in Auckland. Today marks exactly one year before Australia’s first World Cup pool game against Fiji. 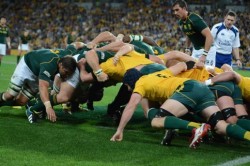 South African scrum coach Pieter de Villiers has called for increased vigilance from referees at scrum time, saying that lapse officiating had disadvantaged powerful scrummaging sides like the Springboks. De Villiers’ comments come after the tam was dominated by Argentina in their first two matches, conceding four penalties on their own ball in their 33-31 win in Salta.

South Africa have improved recently but De Villiers emphasised the test offered by the Australian pack, saying, “Australia have a good engagement, we expect a strong challenge. They fared well against Argentina recently.”

Hooper v Schalk on the cards 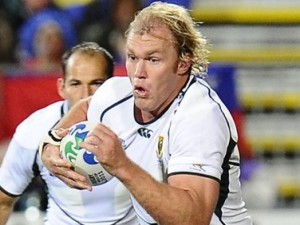 Former Wallabies flanker Phil Waugh has given some insight into the brusing encounters  with Schalk Burger over the years, something that Michael Hooper can look forward to if the Springbok flanker is recalled from Japanese rugby.

“Every time I played Schalk there were plenty of fists in the face both ways; but it was always a healthy competitiveness…It’ll be a great experience for ‘Hoops’.”  Burger was called up in readiness for Saturday’s Test after backrower Francois Louw injured his neck in their 14-10 loss to the All Blacks. Willem Alberts and Siya Kolisi are also out of contention with injuries. 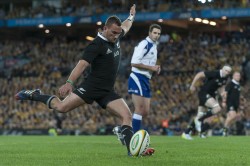 All-Black fly-half Aaron Cruden has has said that he is embarrassed and disappointed in himself after he missed his team’s flight to Argentina. Cruden, who went out drinking with a handful of team-mates the night the team’s flight to Argentina was delayed until Sunday morning, did not make the scheduled meeting time and has subsequently been dropped by head coach Steve Hansen.

“I carry the burden of shame and disappointment and I am deeply apologetic to my team, to my family, and also the New Zealand public,” Cruden said.