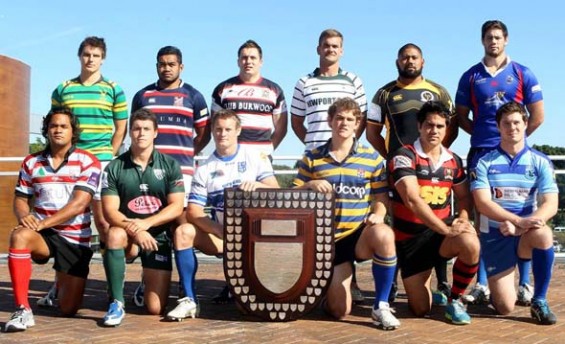 Thanks to Nick Halfhide and the NSWRU for the content for this week’s preview.

With Eastwood holding the number one spot and second-placed Uni trailing by just two points, the winner will also earn top spot in the Shute Shield ladder, with just one further round to play before the change in format starts after next week’s round.

The pair will be among 16 Waratahs who will all be looking to make a big impact for their club during the month-long break from Super Rugby action, with Tom Carter, Paddy Ryan, Nathan Trist and Daniel Halangahu also starting for Uni.

The match is one of two each weekend to be available to watch online for free, thanks to www.clubrugbytv.com.au and Fairfax Media. It will be available to view later on Sunday, complete with expert analysis from injured Waratahs flanker Pat McCutcheon.

On Saturday afternoon, Drew Mitchell will pull on a Randwick jersey as the Galloping Greens look to floor Parramatta at Coogee Oval.  Having completed 80 minutes of muddy rugby for Subbies side Balmain last weekend, the match is another opportunity for Mitchell to gain crucial match fitness.

In some more good news for NSW and Eastwood rugby fans, this weekend looks set to mark a return to action for Wallabies, Waratahs and Woodies winger Lachie Turner, after the speedster tore his hamstring in February. Although not named in the starting XV, Eastwood General Manager Rob Frost confirmed his intention to play Turner off the bench.

After round 11, the draw for the remaining five regular season fixtures will be determined by the Club Championship standings, with the top six and bottom six in this table to play each other for those five rounds. Points from these games will continue to count towards the Shute Shield ladder, with the top eight teams on the Shute Shield ladder after round 16 progressing to play in the finals series.

As usual, you can catch all the Shute Shield action on ABC 1 every Saturday afternoon in NSW and the ACT. For interstate viewers, tune in at 4am on Tuesday mornings nationally on ABC 1 for the replay or alternatively you can catch up on ABC Iview.

Alternatively, follow the Shute Shield on Twitter via @shuteshield or @abcshuteshield where you can send your thoughts through the week and receive live updates during games.

NORTHERN SUBURBS v. WARRINGAH at North Sydney Oval, Friday 22 June (7:30pm)
Northern Suburbs come up against Warringah for a Friday night match at North Sydney Oval, kicking off at 7:30pm. With Dave Harvey and Samu Wara absent due to Super Rugby commitments, Norths will start Mitch Walton at flyhalf and Sam Myers at fullback. Other changes include Dave Hardisty who starts at halfback after a week in second grade. Warringah make three changes to the side that lost to Southern Districts last week with lock Vincent Wright, halfback Timothy Donlan and centre Dylan Smouha all returning to first grade after playing second grade last round.

MANLY v. WEST HARBOUR at Manly Oval, Friday 22 June (Club Rugby TV, 8:20pm)
Manly make no changes to the side that defeated Parramatta last round when they host West Harbour on Friday night at Manly Oval. West Harbour make two changes to the side that beat Gordon last round with hooker Reg De Jager coming up from second grade and Nua Alone filling in for the departing Rory Sidey, who returns to the Western Force.

SOUTHERN DISTRICTS v. EASTERN SUBURBS at Forshaw Rugby Park, Saturday 23 June (ABC TV game, 1:10pm)
Southern Districts will go up against Eastern Suburbs for the ABC TV game of the day that will kick off earlier than usual to accommodate the Test match between the Wallabies and Wales, which will be played at 3pm at Allianz Stadium. There are two changes to the Rebels side, which boasts four HSBC Waratahs, with flanker Jono Hayes and hooker Andrew Sulter returning to first grade after playing second grade last week.
Eastern Suburbs make three changes to the side that was defeated by Sydney University with flanker Israel Stephen, winger Scott Ferris and fullback Apakuki Maafu all grabbing first grade starts after performances in second grade last week.

RANDWICK v. PARRAMATTA at Coogee Oval, Saturday 23 June (1:30pm)
In the other Saturday match, Randwick will host Parramatta. The home side features two changes to the side that lost to Eastwood last week with halfback Nathan Slevert and HSBC Waratah Drew Mitchell coming into the first grade side. Parramatta make two changes to their side that lost to Manly last week with winger Tomu Mataika and fullback Daley Harper coming into the first grade side this weekend.

PENRITH v. GORDON at Nepean Rugby Park, Sunday 24 June (3:00pm)
The other Sunday match will see Penrith play host to Gordon with the game to kick off at 3:00pm. Penrith name an unchanged side for the match, while Gordon make three changes to their side with flanker Cameron Thorburn and wingers Michael Manners and Matthew McDougall coming into first grade after second grade performances last week.

Qld Premier Rugby Round Up Week 8
John I Dent Cup, ACT Rugby – Round 12