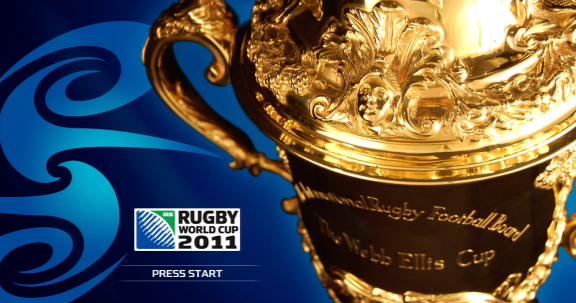 And so it begins. On Sunday Australia comes up against a side that have trouble them a fair bit in the last couple of years. I don’t know if we have just not given them enough credit or that there is just something about their style that stuffs us up. Don’t get me wrong they haven’t beaten us. Yet. But they are improving.

I think their scrum is one of the best I have seen and their forward support play looks pretty good. The Australian forwards are quoted in the media saying how excited they are with the challenge of confronting the Italian scrum.In reality they are looking for some scrum cred for the rest of the tournament. If they can go toe to toe with the Italians a lot of punters will change their opinions. This time tomorrow we will know if they have it or not.

The back line looks a little bit more pedestrian. And this is where Australia has strengths. On a good day Australia should have the better man in every position. But Australia also have a reputation of following a great game with a poor one. Remembering that their last run was the Tri-nation triumph will leave many in the Wallaby camp with a little nervous twitch.

Lance Free’s excellent article The G&GR Guide to Watching Italy has already pointed out the Key personnel for the Italians.

Martin Castrogiovanni– One of the World’s best tighthead props and a stalwart of this Italian side. Made his debut way back in 2002 and has played 78 tests since. A brute of a bloke who pretty comfortably demolished James Slipper last year in Florence, and he will be out to do the same to Sekope Kepu. His tactics at the set piece can sometimes be a bit dodgy though, so hopefully Alain Rolland will be keeping a close eye on him.

Sergio Parisse – The captain and spiritual heart of Italian rugby. He made his debut in the exact same game that Castro did back in 2002, and has played just the one test more since then. Known for his outlandish bursts of skill (he loves a chip-and-chase) he was nominated for IRB Player of the Year in 2008 and is still widely regarded as one of Europe’s premier number 8s. Watch for him to pick the ball up from the back of the scrum and run wide, hoping to link with the outside backs.

Andrea Masi – Another old hand, this fullback made his debut way back in 1999 when his opposite number on Sunday was only 10. Yet this year he has proved there is life in the old dog yet with a MoTM performance in their win against France as well as being voted as Six Nations Player of the Tournament. Watch for his pinpoint kicking game and vision from the back.

I would like to add a few Key Australian players.

Radike Samo – The big #8 will be loving every second of his resurgence and will want to play every second he can of what he knows will be his last chance to play at a world cup. Expect him to come out hard to cement his place in the side.

Will Genia – Has great vision a great pass and good pace. The man who steers Australia around. If this is the top of his game he would be pretty happy. I suspect we haven’t seen this mans best yet.

Quade Cooper – The man the Kiwis love to hate. The best pass, long or short, in the game.

James Horwill–  The new skipper is a leader to follow. I think his style of leadership fits with the Wallabies better than Rocky Elsom’s. Horwill is also in rare form and is having a huge year after a string of injuries.

The Australian have picked a forward pack that will match the Italians in most facets of the game. Their backs are superior. They should account for the Italians easily