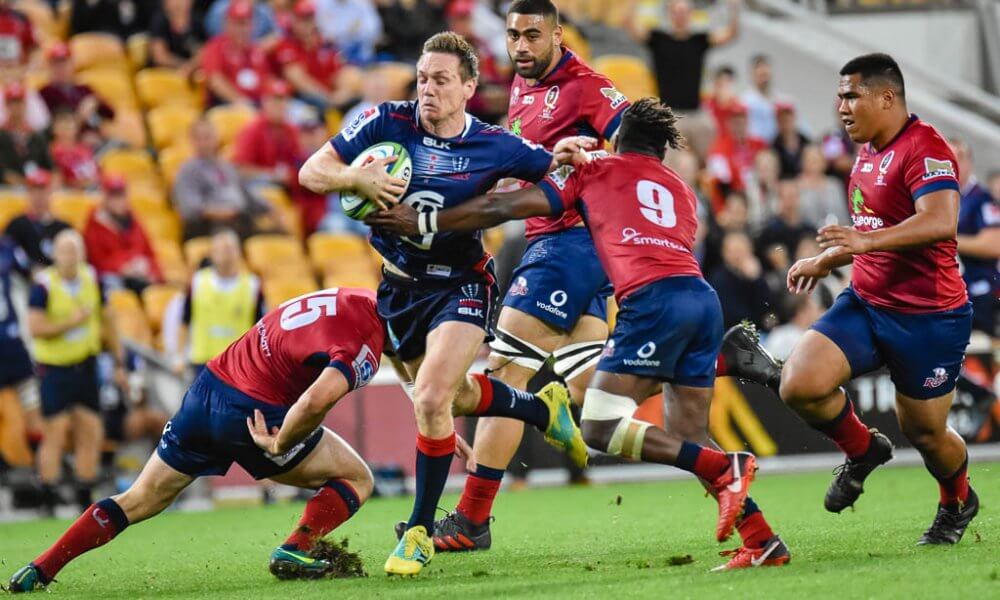 The Rebels host the Reds (in Sydney?) in Round Two of Super Rugby AU.

First, I wanted to go off script (from a Rebels v Reds preview) for a moment. I wanted to welcome the Western Force back to Super Rugby, where they always should have been. All the best to the Western Force staff, players and supporters on Saturday night against the Waratahs and for the rest of the season.

Now, back to the match preview…

2020 continues to throw up surprises and scenarios that no one would have ever thought off. The Melbourne Rebels are playing a home game at Brookvale Oval. I never thought I would ever be writing that sentence.

This will be an intriguing clash, given that prior to the postponement of the Super Rugby season due to COVID-19, these two teams were sitting 2nd and 3rd on the Australian conference ladder.

In round one of Super Rugby AU, the Rebels took on tournament favourite the ACT Brumbies in Canberra and the Queensland Reds hosted the NSW Waratahs. The results of both matches were in doubt in the last 10 minutes.

Both the Rebels and Reds dominated their opponents at scrum time. (Although some Brumbies fans may not have agreed with Angus Gardner’s thoughts on the scrums). The Reds, in particular, had some problems with another set piece … the lineout … losing 5 lineouts on their throw.

The Rebels started slowly against the Brumbies and fell behind early; they solidified their position in the middle of the first half but didn’t make significant inroads into the Brumbies’ lead. The Brumbies then kicked away from the Rebels at the end of the first half and early in the second half. In the middle twenty minutes of the second half the Rebels came to life and at one stage reduced the lead to one point before eventually losing by eight points.

The Rebels displayed some defensive lapses at times and also ill-discipline which provided the Brumbies the opportunity on a number of occasions to use one of their strengths, the attacking lineout.

The Reds broke an 11-game losing streak against the Waratahs. The Reds had the best of the first half leading 19-7 before the Waratahs kicked three penalty goals and following a set play Jack Maddocks burst through the Reds line to put the Waratahs in front. The Reds who scored four tries to the Waratahs two, wrapped up a six-point win with two late penalties from James O’Connor.

I’ve cast my eye of the teams.  This is who you should watch.

To’omua played his 100th Super Rugby game last week, most fittingly against his old side the Brumbies. Prior to the COVID-19 shutdown, To’omua had developed a wonderful combination with scrum half Ryan Louwrens and Rebels fans will be hoping for that combination to continue to blossom. To’omua can play in a number of back line positions but all games he has played in 2020 have been in the 10 jersey. To’omua has a good kicking game, which he should be able to use to exploit the new rules. To’omua’s goalkicking may also be important if the game is tight.

Philip has been a consistent and reliable performer for the Rebels since joining them in 2018 from the Western Force. Philip played his 50th Super Rugby game just before the COVID-19 shutdown. Last week Philip had the most carries by a Rebels forward with 11 and also had the most lineout wins for a Rebel with 3. Philip is a definite chance of returning to the Wallabies squad this year even though he has signed a one-year contract in France for next year. This match is a homecoming for Philip, who attended St Augustine’s College across the road from Brookvale Oval.

Hodge is another player who is returning home to Manly this week. Hodge is the all-time leading try scorer and point scorer for the Rebels. Hodge is Mr Verstaile and has played in every backline position for the Rebels except for scrum half. His versatility sometimes plays against him as it has this week because he has been named on the bench. Hodge has a booming kick. It was one of Hodge’s runs last week midway through the second half that seemed to wake the Rebels up and inject some enthusiasm into the side. Keep an eye on him to make an impact off the bench in the second half.

McDermott was arguably the Reds best player against the Waratahs. McDermott scored a try after catching the Waratahs’ forwards napping and taking a quick tap from a penalty from five metres out from the try line. McDermott also made two clean breaks, including one where he gained 40 metres before being tackled just five metres out from the line. If the Rebels have any defensive lapses don’t be surprised if McDermott either slices his way through the defence or provides a pass to a teammate to take advantage of the lapse. The Rebels will also not be able to ignore McDermott’s kicking game after he took advantage of one of the new rules against the Waratahs kicking a 50/22.

McReight is a promising backrower who captained Australia to a final appearance at the Under 20 World Championships in Argentina. McReight also captained Brisbane City in the NRC. Watch for McReight at the breakdown, last week he was responsible for winning 4 turnovers out of the Reds’ total of 8. One of those turnovers came at a critical time late in the match when the Waratahs were on the attack. The back row of McReight, Liam Wright and Harry Wilson are very important contributors for the Reds.

It will be interesting to see if the Rebels scrum can back up their performance from last week. I would expect that the Reds will be the better performed scrum this week. However, before last week I would have predicted that the Brumbies’ scrum would have outperformed the Rebels. If the Rebels forwards can get close to break even, I believe the experience of the Rebels backline will be enough to get the Rebels the win … Rebels by 10 points