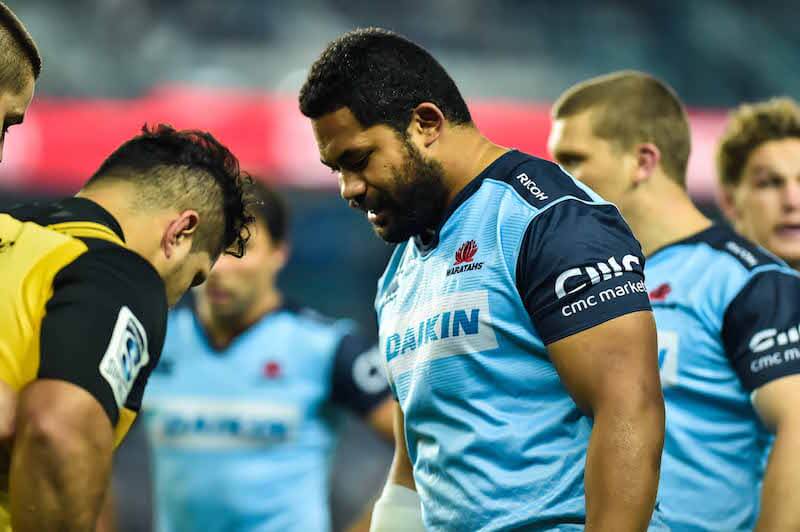 It’s time! Now or never, do or die; however you want to put it on Friday night the Waratahs are visiting the graveyard and unless they can dance on the graves of past Aussie teams their season will come to an abrupt end.

The result of this game will set the marker for what the Brumbies will need to match or better to push the Tahs out of the finals race.

The Waratahs destiny is very much in their hands, a bonus point win will put immense pressure on the Brumbies to match the result.

The form guide on this one is ominous! With one win separating the teams on the table, on paper this game should be a tough and close encounter. Not what the Tahs will want.

The Blues have won the last nine of their 10 home games against the Tahs, with the last win for the Tahs over the Blues at the Graveyard back in 2009. The Blues are undefeated in their last four games against Aussie teams and no Australian team has been able to leave the graveyard with a win against the Blues since May 2013. They have also found form in the last few weeks.

But there is hope. The Waratahs have shown they can win away from home this year, winning four of last five away games. The Waratahs have won four of their last seven regular season fixtures against the Blues, including a 23-11 victory in their last encounter. The Waratahs have a better attacking record scoring 11 more tries than the Blues this season, as well as better defensive record conceding 11 less tries to the opposition.

The first half appears to be critical for both teams and may signal the end result. The Blues have led at half-time in each of their last four Super Rugby fixtures, going on to win two of the games. They have also scored 52 points in the opening half of their last two games, conceding only 32 in the process. Only one of the Waratahs last 12 Super Rugby fixtures has been won by a team trailing at the half-time break.

Forwards: The Waratahs will need to work hard up against an equally hard working and capable Blues pack. Both teams match up well at the set piece with the lineouts looking like a real challenge for the Tahs. Kaino has been immense the last few weeks scoring doubles in the last two games and will keep Dempsy worried all night.

Backs: This is where the real battle will be fought. The Blues are in hot form and the Waratahs will want to keep Nanai’s involvements to a minimum to reduce the Blues attacking opportunities. Can Folau bust open the Blues defence and cause havoc?

The big question we will all be looking for is if the Waratahs can get their backs running and keep their defence intact against the Blues running game.

The bench: What will it bring and when do you use it? The benches could be the defining factor in this game and in the pressure environment of do or die footy, can they maintain their composure? It will be a big challenge for the Tahs reserves, and a question that Gibson will be pondering; if and when to use his reserves.

This will be an absolute cracker of a game and is all do or die!

This game is worth watching as it will determine what the Brumbies have to match to clinch the final spot.

The Tahs cannot afford to leave anything on the table and must win, but the win might not be enough as the season may hinge on a single try scoring bonus point.

How much risk are they willing to take for the reward? Can they hold their nerve!

This is a tough one to call.

History says this game is usually close but given the recent form of both teams mixed with contrasting game plans and the venue, it is really difficult to get an indication of the result.

My money is on the Waratahs for the win by 3.