Some of us north of the border have an inbuilt malevolence against anything rhyming with ‘kidney’, but this is the reality: if NSW rugby is strong, then Australian rugby is strong.

Maybe I’m mellowing and a little serendipitous, but I want the Waratahs to have a big year — crikey, don’t tell anyone in Godzone that I said that!

The Waratah’s 2012 squad is seemingly teeming with quality Super Rugby players, including loads of experienced internationals. Well, on paper that is…

The Sydney media is still pumping out the usual guff — you know the pack drill — ho hum, they’ve won it already. But maybe this year they might have a point. Realistically, in the Australian Conference there’ll only be two teams in the race for top honours, the Tahs and the Reds, with daylight next.

An unknown known is the brittleness of the squad with a ream of carry-over injuries from last season. Really, the Tahs did well to the make the play-offs in 2011, in spite of their disgruntled fan base, but injuries cruelled them in the end.

The question will be when will they be able to field their top side? At this early juncture it looks to me like about 2013. A pernicious and chronic hamstring injury to the Rock continues to derail his rugby career.

You’d have to say that the Brumbies probably got the better end of the deal with Ben Mowen heading in the other direction. He’ll be an able replacement for Mitch Chapman.

I think there’s a chance Elsom might miss the entire season. Dan Vickerman wont be ready until midway through the competition. There’s of course a whole platoon of infantry down at the sick bay.

I heard some reassuring noises this week coming out of the Tahs bunker saying that most of the squadies will be ready to go on the 25th (of February for the start of Super Rugby). You reckon?

That’s five weeks for Cliffy Palu, Benn Robinson, Sekope Kepu, Drew Mitchell, Rob Horne and Lakky Turner. The latter two sound like they’ll be ready for the opening ‘mega-clash’ against the Reds but I’m not so sure about the others?

Then of course test lock Sitaleki Timani isn’t returning from Japan until his season finishes, whenever that might be? You’d think he might need a rest in between having played continually since the beginning of last year.

The injury prone TPN, Horne and Berrick Barnes would also be week-by-week propositions over the season as a whole. So, how good is the backup?

There’s some pretty solid timber in that forward pack with usual suspects Mummy, a developing Kane Douglas and Dave Dennis at the core. Dennis is becoming a permanent fixture in the side and he’ll be hard to move when the ‘stars’ return. 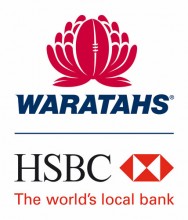 I’m also looking forward to seeing how Tilse and Ryan respond to increased opportunities in the front row. Hooker is a problem with Fitzpatrick failing to match his Sydney press write-ups and the third string’s a journeyman.

Berrick Barnes is integral to the success of this side. If he gets injured again then the Tahs are no hope. Halangahu is at best only an adequate replacement. Barnes is the most accomplished inside back in Australia and irreplaceable.

The really good news is that the draw for the first half of Super Rugby is as soft as it can be for the Tahs. The only guaranteed competition they’ll face are the Reds first up and maybe the Sharks at home in Round Five, although their touring record is less than impressive.

They’ve got the other Australian Conference sides, the Highlanders and then the Chiefs making up the first eight games. They’re also not playing the Blues this season, who will be even more of a force to be reckoned with in 2012.

On the plus side in terms of the playing group is Adam Ashley-Cooper from the Brumbies, the Mr Reliable of Australian rugby. He’s been shuffled about from position to position in recent times, but I’m picking they’ll select him as the fullback replacement for the irrepressible Kurtley Beale.

I wouldn’t use him there myself. I’d have him at outside centre (his best position) with Rob Horne on the inside and Turner at fullback, but that’s another story.

Burgo will be a big loss but they’ve replaced like for like. The only downside to all this is that Sarel Pretorious missed the most tackles of anyone in Super Rugby in 2011 — yes, more than anyone.

The Waugh factor will be an interesting sidelight to all of this. Some would say that his influence on the playing group became ‘unhealthy’. I’m not sure that’s the case or not, except to say that Alcock and McCutcheon have pretty big shoes to fill.

Most of the other Australian clubs have No 7’s who are ahead of these guys so I think that’s an area they’ll have their work cut out.

I’m impressed by the changes made to the coaching team. Michael Foley now as Head Coach, with Alan Gaffney as Senior Assistant (over Scott Bowen) and Greg Mumm joining the side. Foley and Gaffney, in particular, will make a difference to this group. 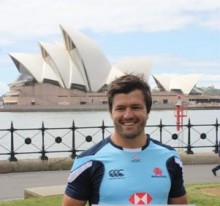 Foley is hard-nosed and knows the ropes, and Gaffney with his Irish experience has out-thought and out-coached international Australian coaches in the recent past. I’m really interested to see whether the fabric of Waratah rugby really does change for the better.

I’m sorry, but the first mistake Foley’s made is to appoint an eight-man leadership group (and two other sub-groups — based on experience levels). What a crock of new age, pretentious, politically correct bullshit.

So now you’ve got potentially disgruntled players who haven’t been ‘socially included’ (I’m speculating Mummy here who isn’t part of the leadership group, despite being captain at times last year). Just fuckin’ appoint someone in charge and be done with it!

The season might come down to more TPN whispering and BB being injury free. They’ll lose some spontaneity with Beale gone but gain consistency with AAC. If they can keep their No 1’s on the park, in my view they’re in with a chance of topping the Conference.