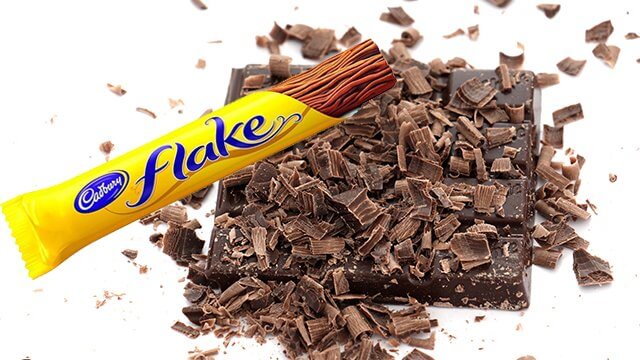 What's the difference between a Cadbury Flake & The Cadbury Wallabies? One crumbles to pieces under mild pressure, the other is a chocolate bar.
Friday’s Rugby News.

Hello rugby luvvas and welcome to Friday again. That time of the week to suspend common sense, turn off any ‘fact check’ apps you may use and dive head first into all things rugby.

With no rugby this weekend it’s time for some personal reflection on recent Orange performances with ‘The Effort Illusion’. Take a look at the Wallaby squad for Argentina in ‘Los Wallabies para jaguar FISMs’. Time to update & publish the ‘2022 Hossary’ to confuse a new generation of Friday rugby fans (yep, both of you) & bring it home with ‘Friday’s Goss with Hoss‘ currently ‘electronic ankle bracelet’ free.

‘The boys put in a big effort out there tonight, but………’

‘The effort at training during the week has been terrific………………’

That’s all fine and dandy, but & it’s a pretty big ‘but’, ain’t rugby a results orientated business?

I find myself having crossed the metaphorical rugby Rubicon G&GRs. I have reached my ‘acceptance tipping point’ with the current Wallabies, coaches & management and from a purely personal perspective, I am rather ticked off. I am flat out sick & tired of hearing ‘effort’ trotted out as some sort of excuse, defence or deflection to Wallaby fans. I also take umbrage at the umbrage shown by our lot when challenged about results. That us plebs should just accept that ‘the effort’ is all that matters and is used as some sort of bullet proof cloak that any criticism of the actual result then bounces off

Surely ‘effort’ should be the absolute minimum we should expect from our national professional rugby athletes? Are they not provided with every resource, facility, support, equipment, guidance, structure and assistance they require to thrive? I mean in the lead up to the recent three test shite-show against The Soap Dodgers, all promotion, engagement or input into the series was set aside by the Orange ones, so that they might stay at Planet Wallaby and roll out a performance befitting such focused, meticulous & precise preparations?

I don’t write this today on the basis of purely last week’s performance, though it did culminate in yet another series loss, but instead pen my thoughts based on a creeping malaise that has seemingly infected all in or around the Orange universe, that now dates back 12 months, maybe more. Twelve months, where to my eye we have not improved one iota, indeed I would wager we have actually regressed and regressed at exactly the time we should be showing ambition, growth and ruthlessness as we approach the 12 month countdown to the Parisian Festival of the Gilbert!!

I have been fortunate to see a captain’s run, have been a student of the game, travelled the globe and this wide sodden land as a fan of the Wallabies for decades and I have never questioned the effort or sacrifice that all involved have made and I still do not challenge the ‘effort’, for again, that should be an absolute given. Instead I’d suggest that if indeed the effort is right, yet said effort continues to roll out dross like that of the last three tests and those of 2021, then I have to give pause and ask:

‘if the effort is correct, yet the execution of skills and ensuing results remain so poor, than surely something is wrong with personnel, plans or process? If so then surely changes must be made accordingly to affect better outcomes?’

I mean, what am I missing here?

If the Wallabies don’t change their approach, their mix of personnel, plans, processes and their expectations, if they do not demand more of themselves and concentrate on the many areas that they fall short in, we are in for another RWC performance ala the 2019 RWC.

At a time when the code in Oz needs its ‘halo product’, the Wallabies, on the ascendancy with this year’s Comm Games 7s, the 2025 Lions Tour, 2029 Women’s RWC and the 2027 Men’s RWC the Wallabies are at best stagnant and at worst regressing.

Perhaps I should put it more succinctly. Watching the Wallabies play is like watching a bulldog eating porridge. I understand and respect the effort & intent, but bugger me if the results aren’t a complete bloody mess.

Tell me Big Mick Cheika hasn’t had these dates highlighted on el calendario since he got the gig as numero uno with the Los Pumas!

The Wallabies squad has been announced and with injuries still impacting several players, there is a mixture of debutantes, squad rookies, those recovered from recent injury and those rewarded from their Australia ‘A’ form.

Make no mistake, MC will be lying in wait for the Wallabies, nor will he be scared by what he has witnessed so far from our lot. No doubt the Wallabies will be ‘hurt’, ‘brooding’, ‘looking to make a statement’ and all that stuff, but equally the FISMs will have their spirits and confidence ratcheted up a fair bit after a third test, 83rd minute series winning try against the Northern Wallabies Scots.

I expect typical ‘Cheik-ball‘ from Los Pumas, confrontational, abrasive, direct and passionate. Equally I expect a showing from the Wallabies befitting a chastened, determined, committed and far more polished side.

Don’t give me effort gents, give me a comprehensive series clean sweep with ruthless disciplined and effective rugby. Anything else is completely unacceptable.

A few questions popped up over the week regarding some nomenclatures I use on G&GR, so time to roll out the ‘2022 Hossary’ as a means of translating my complete crap high class contributions to the world of rugby fandom:

With all the belly aching out of middle earth at their current coach ‘only’ enjoying a 66.70% win ration (what is ours again……) what odds on Joe Schmidt being added to the coaching team as both an ‘assistant’ and more precisely as a ‘Plan B’ if for when coach ‘Fozzie B Bear’ soils the bed sheets?

Kiwi drama & no I don’t mean ‘Shaun the Sheep’

Nine’s WWOS has a video showing some argie-bargie between former Nearlies star, now respected TV pundit Justin Marshall, and one Akira Ioane. The footage is from outside a venue after last week’s series loss to the Oirish. I bet Foster & co only wish Ioane and his fellow forwards showed as much fight on the field……..

Wait, isn’t that the same thing?

Interesting article and video on stuff.co.nz

When is dangerous, high and without mitigation contact to the head not a red card? Answer, who the fudge knows these days. Same type of incident one week apart. One a red and suspension, the other a yellow and no further case to answer. Apparently when the word ‘absorbing’ is used everything changes. ‘Chocolate wheel of justice’ or the game’s laws & application in a mess – you decide.

Seismic shift in the balance of Global Rugby Power – worldrugby.com

Even in their defeat The Nearlies still stick it to us…..

See you next week