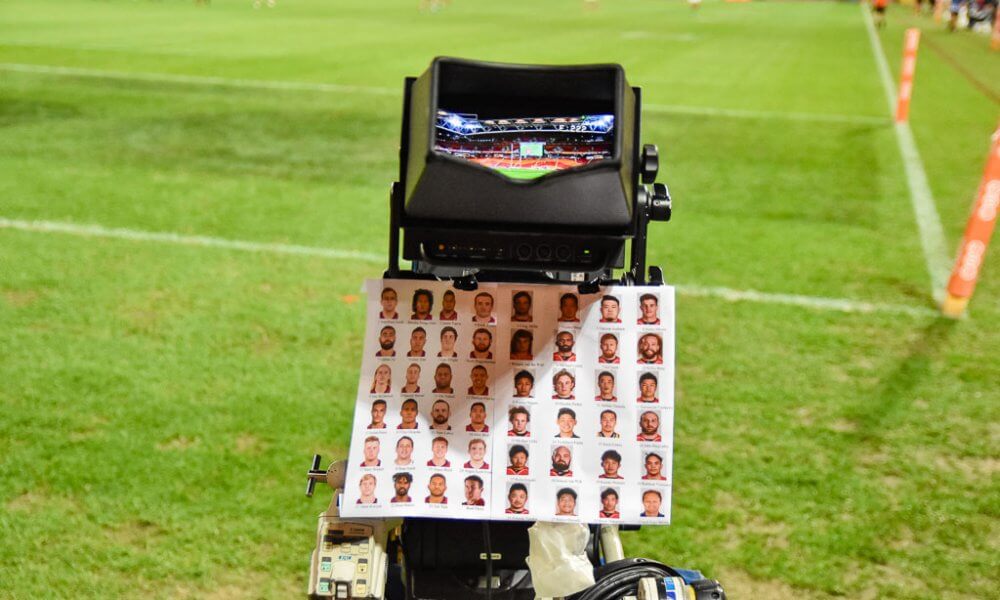 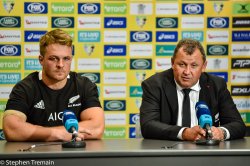 Fresh off back to back losses and increasing media scuttlebutt regarding his future, All Blacks coach Ian Foster has rung the changes in the forward pack for their must-win clash against the Pumas on Saturday.

With continued pressure in the NZ media even making it to the BBC overseas, Foster has resisted the urge to make massive changes to the team, opting instead to shake up the pack in order to take the game to the Argentinian’s, who out muscled and out-enthused them in the last encounter.

In the front row, Joe Moody and Nepo Laulala come into the team to start. Scott Barrett returns at lock after his silly yellow card against the Wallabies in Brisbane, and in the loose Akira Ioane replaces Shannon Frizell. Among the finishers, TJ Perenara and Will Jordan come back into the equation.

It is not very often that the All Blacks feel the need to talk about redemption, but 2020 being the bizarro world that it is, this is where we are. Foster told rugby.com.au that redemption was precisely the theme of the week in the New Zealand camp, saying, “We’ve had a great week building into what will be a vital Test for us,” he said. “It’s exciting in the sense that we have the opportunity to redeem ourselves after our last game, and we also have the opportunity to win the Tri Nations. There’s a real determination in the team to perform well, not only for ourselves, but also our families and friends at home and our country.”

Should the All Blacks fail to win this weekend what will this actually mean for Foster? Will a move be made by a country not used to losing? The All Blacks have not lost three in a row since 1998 so this is clearly not sitting well with many over the ditch.

What would you do if you were New Zealand Rugby? Let us know in the comments. 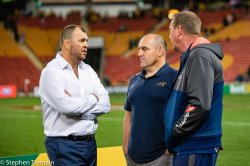 After two momentous weeks of rugby for Los Pumas, they back up for the third week in a row with a chance to put one (unexpected a month ago) hand on the Tri-Nations trophy against the All Blacks.

Mario Ledesma, perhaps to give some aching bodies a chance to rest and perhaps also with one defensive eye on an All Blacks team that will perhaps be angrier than ever has made sweeping changes to his team, with only five of the fifteen who started against the Wallabies in the starting side this weekend.

Rather than mention who has come into the team, it is probably easier to look at who is left from last week.  Hooker Julian Montoya, lock Guido Petti, back-rowers Pablo Matera and Marcos Kremer and fly-half Nicolas Sanchez are the only remaining players from the Wallaby game.

Among the notables into the starting lineup are No.8 Facundo Isa, who returned from injury off the bench last week, fullback Emiliano Boffelli and centre Jeronimo de la Fuente so it is not Ledesma is short of talent or experience among those coming in.

If you look on paper then the All Blacks should romp this in, but paper has not meant much the last couple of weeks has it? The Argentinians seems to have developed the team bonds not unlike the All Blacks under Richie McCaw, whereas the All Blacks in their last two games have been the disjointed, ill-disciplined team that doesn’t seem to have a plan B when the going gets tough.

On that basis, the paper tip says the All Blacks by 20 but only if they have found their mojo again. If they haven’t then Matera and his band of merry men may just come away with the chocolates again.

With yet another Fiji game in the Autumn Nations Cup being called off, let’s take a look at the other games this weekend as well as some of the other rugby news coming out of Europe this week.

Firstly a small piece of good news for the RFU in England with news overnight that the UK Government is slowly opening attendance up again with 2,000 allowed at Twickenham for their final game Nations Cup game next weekend. Should England win this weekend against Wales it will be for first place in what has become the Mickey Mouse Cup.

Firstly the English need to get past a Welsh team that still hasn’t quite clicked yet, and English coach Eddie Jones has done his usual mental games saying the English will “bring an intensity the Welsh have never faced before.” The Welsh meanwhile have made eight changes after beating Georgia last week, and flanker James Botham makes his second start while telling all that he wants to make his own legacy while at the same time being photographed with his pie loving ex-cricketing grandfather.

Other matches in the Nations Cup include France v Italy on Saturday night which the French are taking very seriously by naming five debtuants while on Sunday Scotland take on what has been a disappointing Georgian outfit.

In the land of the Pro-14, Leinster and Scarlets is off due to COVID in the Scarlets camp, while Connacht play Ospreys, Benetton host Dragons, and Cardiff host Glasgow.

CASLICK IS ALL IN 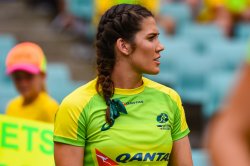 In a year that has been sadly bereft of actual Sevens rugby, let alone news from the Sevens front, it brings me great joy to bring this to you the reader. In a move that will go a long way to assisting in the defence of the Gold medal won in Rio, superstar Charlotte Caslick has been the latest key member of the squad to commit to playing in the now-2021 Tokyo Olympics.

After a briefy but memorable stint in NRLW this year where a number of the Sevens squad performed exceptionally, the focus is turning back to Tokyo and the defence of the medal against key foe New Zealand, whose last four years have been building solely to one thing- winning the Gold Medal and squaring the Olympic ledger.

Caslick and the others that crossed over to the dark side all excelled, more than likely as a result of them coming from their background of professionalism as opposed to the semi-professional nature of the NRLW.

She has vowed to be part of the title defence, telling ESPN, “This team has taken the challenges thrown at us in our stride and I am really proud of the way we have adapted and progressed with everything that happened this year,” Caslick said. “I am looking forward to continuing the hard work as we work towards that Olympic goal.”

For his part coach John Manenti was just as pleased to see the talismanic player commit, saying, “We saw this year how world-class Charlotte is across the codes and it is a credit to her the way she attacks every opportunity both on and off the field,” Manenti said. “We are really excited to have Charlotte committing to what will be a big 2021 with the Olympics ahead and making sure that we are peaking at the right time.”

The return of Caslick means the key players including Sharni Williams, Shannon Parry, Ellia Green, Chloe Dalton and Emilee Cherry are all lining up to be part of the squad to come home with back-to-back Golds.

It is still unclear exactly how the Sevens scene will shape up pre-Tokyo with the NZ and Australian legs of the tour already binned. It may be the case that as opposed to the HSBC Sevens Series, the key teams might look to set up some sort of bubble and compete in their own camp and tournament environments, so stay tuned as the Aussie Sevens gear up for Tokyo.