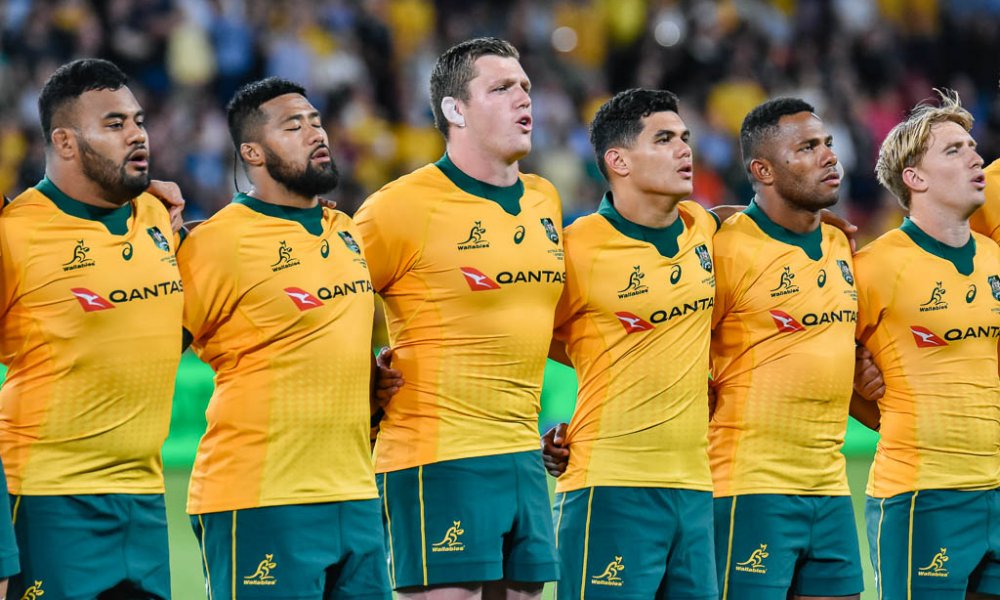 Monday’s Rugby News looks at the Wallabies major task of securing the Tri-Nations, the future of the Force all but confirmed and all the action from New Zealand’s big win over Argentina and the Autumn Nations Cup 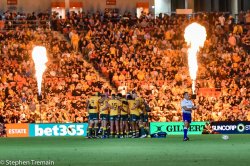 The Wallabies will be looking to finish on a high as they continue to finalise their preparations for Saturday’s game against Argentina.

Any hopes of a Tri-Nations title have been blown out of the water following the All Blacks dominant victory, with Australia needing to produce a Namibia-like victory by 101 points.

Given the last time these two teams played, the game ended in a draw, forward Lukhan Salakaia-Loto is solely focused on ending their year on a high, not the massive points difference that they would have to make up.

“I didn’t have in my head that that’s what we have to score in order to win,” Salakaia-Loto admitted to reporters.

“I’m not going to come out and say that that’s a realistic score because we’re coming up against a quality side like Argentina – you’ve seen their quality from the first two Tests.

“We’re just looking to get the job done the best we can and whatever happens, happens.”
A season-ending win is something that has eluded the Aussies, having not won their year-ending Test since 2013.

Given that rugby in Australia is essentially heading into a fresh start and a new era in 2021, LSL is well-aware of the importance of finishing off the season on a good note.

“It’s hugely important for us (to finish on a high),” Salakaia-Loto added.

“Sam Cane hit it on the head (ahead of their final Test of 2020), you don’t want to be dwelling over a loss over the summer – that’s one of the worst things.

“For us, there’s a lot of positives that have happened this year in the weird year that it has been, so we’re definitely looking forward to working hard to getting a result that we’re proud of and everyone else can be proud of.

“We don’t train hard and work hard to go out there and lose.” 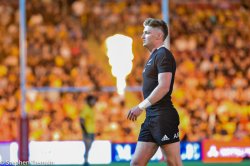 After a brief period of wondering whether the All Blacks were now vulnerable, they have reminded everyone of their immense talent after thumping Argentina 38-0.

However, the game was never in doubt as the All Blacks took a 10-0 lead into half-time on the back of a Dane Coles try.

Once again, the Pumas would struggle towards the backend of the game as the emotions/physicality of the past fortnight started to show, with Will Jordan taking advantage as he ran in a late double.

“There’s no hiding that we’ve had a tough three weeks now. We had a week off and we felt the pain of the loss. Incredibly proud of the work we’ve put in in the last two weeks.”

Cane was quick to praise the Pumas after the match, conceding that the blow-out wasn’t a fair reflection of the match as they wrapped up their year.

“The scoreboard probably doesn’t reflect the first 60 minutes,” he added.

“Will Jordan, he’s got an uncanny ability to get the ball into open space, so awesome for him to come on and have such impact.

“But the way that the Pumas defended and kept us out numerous times is a real credit to their desperation and their desire.

“I’m proud of the way that we were able to stay patient. We didn’t allow that to frustrate us – not getting across the line – and we stayed patient and got there in the end.” 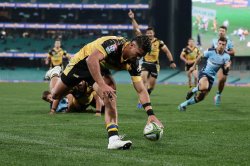 After months of speculation and rumours that they could possibly play overseas, the future of the Force has been all but secured as Rugby Australia commits funding to the franchise.

Having been sent into rugby purgatory, the side has been primarily backed by mining billionaire Andrew ‘Twiggy’ Forest, going as far as making his own international competition to ensure their survival.

However, the Force are set to be welcomed under RA’s umbrella with The Herald reporting that they had agreed to the club’s request for an equal share of broadcast revenue in next year’s Super Rugby AU competition

This comes as a major revelation for their rival clubs, who were under the assumption that they would be forced to pay their own way in 2021.

Despite this, they will still likely continue to be backed by Forest in some part in 2021, with the report suggesting that there will be full parity between the club and RA in 2022.

It has been suggested that RA believes that the secure broadcast and widespread cuts will now mean that we don’t have to make another tough culling in future years.

Meanwhile, the clubs are still waiting to officially commit to Super Rugby AU and/or Super Rugby Trans-Tasman, yet to formalise funding from head office or sign a participation agreement.

“We’re in final draft of participation agreements and they will be going out to the clubs in the coming weeks,” Clarke said.

“Certainly we need to get them finalised…That will be done, I would imagine, by the end of this year, beginning of next year. All clubs will have clarity on the funding arrangements by next week.

“We’re making our dollars work harder. I think the game has been able to adapt and adjust its cost base.” 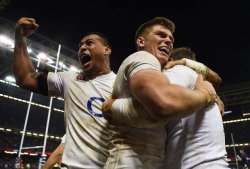 England has booked their place in the Autumn Nations Cup final, holding off Wales 24-13 at Parc y Scarlets.

Whilst Wales threatened throughout the second half, Eddie Jones’ men held on off the back of Owen Farrell’s boot to secure their place in the decider.

“At halftime it could have been a ‘Psycho’ horror movie. The woman goes to the shower and you know what’s coming from behind the shower curtain,” Jones said.

“We had one little wonky period for around 10 minutes in the second half but generally we had game control so I was really pleased about that.

“We don’t feel like we’ve played our best rugby yet so it’s our last game. It’s our grand final of 2020 and we want to make sure we put on our best performance.”

They will face France in the final after Les Bleus thrashed Italy 36-5 in Paris on Saturday.

Whilst the Italians briefly led 5-3 when Carlo Canna ran in a 24th-minute try, it would be their only points of the game as the French continued their incredible 2020 campaign.

The win was an emotional one for France, having farewelled legendary winger Christophe Dominici, who died at the age of 48 this week.

“He had the gift of sharing,” former teammate Vincent Clerc said on French television.

“He was someone we liked having next to us.”

In other results, Ireland held off a valiant Georgia 23-10, with flyhalf Billy Burns contributing 16 points in the first half to seal the win.