The Vikings have named a strong 36-man squad as they head into the 2016 NRC season looking to go one better after falling at the last hurdle in 2015.

The squad contains a mix of Brumbies contracted players and players from the John I Dent Cup with all local clubs represented in the make up of the squad.

The Vikings have had mixed fortunes in the NRC to date with the first edition in 2014 a disappointment as they failed to make the finals but made up for that in 2015 as they made the final, only to go down to the undefeated Brisbane City outfit.

The Vikings forward pack looks very strong this year, with the backrow looking like it will be hotly contested to get in to. Jarrad Butler is again the captain in 2016 so it will be interesting to see who joins him. The number 8 position is up for grabs following the unfortunate medical retirement to Ita Vaea with both OJ Noa and Dean Oakman-Hunt expected to be pushing their claims for a starting role. Dan Penca has been rewarded for his solid form with Queanbeyan and will hopefully get a chance to show what he his capable of at a higher level.

Jordan Smiler will more than likely get the nod at 6 as he makes his comeback from a knee injury suffered during the Mauritius 10’s that cruelled any end of Super Rugby season.

The front row spots are up for grabs with Scott Sio and surprise packet Allan Alaalatoa off with the Wallabies leaving Wayne Southwell and Dan Palmer to come up with who will start but I would expect Leslie Leulua’iali’i-Makin to get a starting spot at tighthead prop ahead of Nick Dobson with one of either Sione Taula, Faalelei Sione or Ray Dobson waering the number 1 jersey.

In the second row, Tom Staniforth returns to the Vikings after a stint with NSW Country in 2015 following issues surrounding his involvement in the ITM Cup. Fellow Brumby Blake Enever will be looking to put an injury interrupted super rugby season behind him and get back to top form. Rory Arnold is recovering from an elbow injury that has kept him out of the Wallabies setup after making his debut against England and his towering frame will help the Lineout.

The backline has some interesting selections to be made with a stack of options available with a number of centre and wing combinations. Henry Speight will be a welcome addition after his 2016 was virtually written off by injuries including a broken bone above his eye and a knee injury that ruled him out the Olympic 7’s program.

Fellow Brumbies wingers James Dargaville and Lausii Taliauli got extended game time in 2016 at Super rugby due to injuries to Speight and Joe Tomane so their experience will be valuable at his level to help newcomers like Jamie Kotz settle into the squad.

The centre spots are also up for grabs and could be filled by Robbie Coleman and Andrew Smith or the young pairing of Jordan Jackson-Hope, who made his Brumbies debut against the Rebels, and Andrew Robinson who returns to Canberra from the Sydney Stars.

There are big wraps on Nick Jooste and has been developed through the Under 20’s program and will be looking to put in a solid display and could take the flyhalf position or even slot in at fullback if Isaac Thompson is given first crack in the 10 jersey. 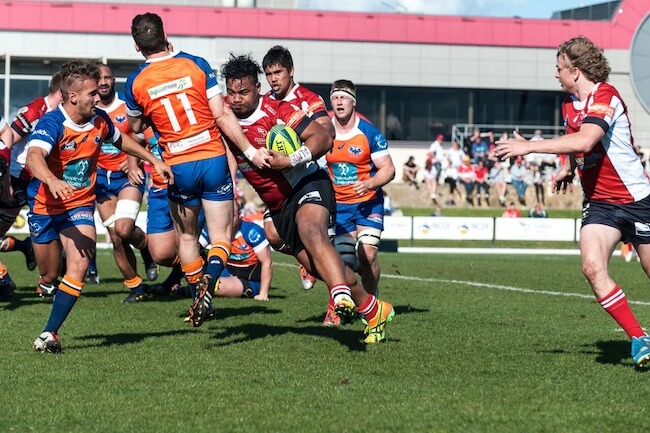 Ita Vaea will be a big loss

There’s been a change in the head coaching ranks with Wayne Southwell taking over the reins for 2016. Southwell takes over from Brad Harris who is now an assistant with the NSW Country Eagles and brings a long coaching career at both local and overseas level with him. He has had success with Queanbeyan in the past and more recently at Royals in 2015 with their Grand Final win.

Joining Southwell as assistants are the head coaches of the 2016 Grand Finalists – Adam Fahey of Queanbeyan and Tim Sampson of the Vikings. Rounding out the coaching staff are Dan Palmer who is looking after the scrums and Dan McKellar as coaching director.

The Vikings get four home games in 2016 with the first of those against NSW Country on September 4. Curiously, they will play both Queensland based sides in Queensland with both of those out of they way by round 3 with only one away match after that in round six against the Sydney Rays at Pittwater.

The Vikings should again be featuring in the finals in 2016. The squad looks very strong on paper and if the newer members of the squad can adapt to the High Performance setup then there is no reason why they can’t take out the title and bring the trophy South away from Ballymore.