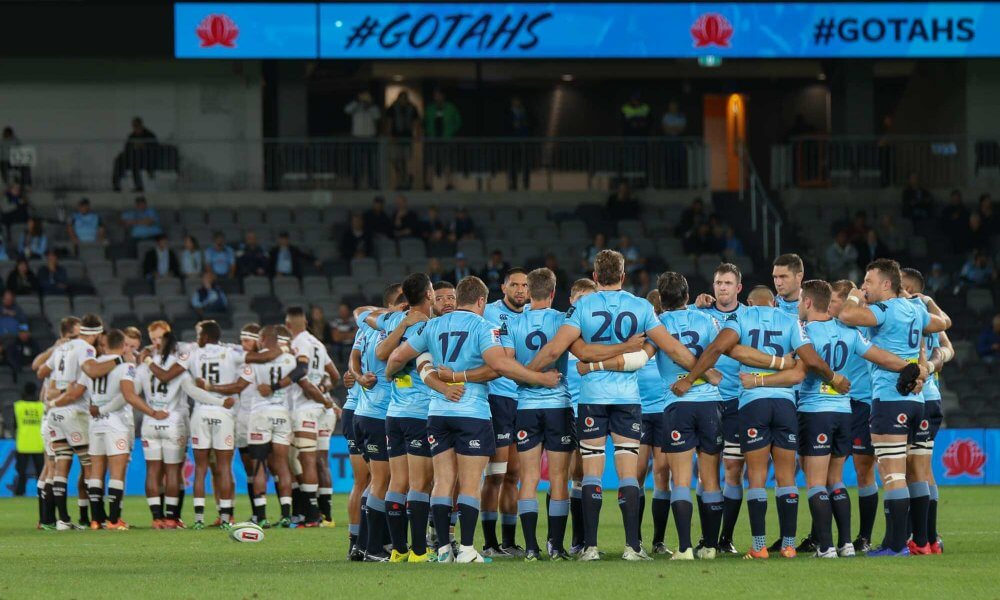 The Waratahs African Safari continues late Saturday night when they travel to the scene of their 2018 Semi-Final exit, Ellis Park. With the Australian conference now a four-horse race following wins to the Brumbies and Reds last weekend, it is shaping as a must-win game for the New South Welshmen.

The Waratahs were unlucky to go down by 7 points last week against the Bulls in Pretoria, in what was a much-improved performance to the trash they served up at Home against the Stormers the week prior. Still, two consecutive losses to South African opposition has the Tahs season sitting on a knife-edge.  Daryl Gibson’s gameplan was evident last week; he knew the Bulls had the physical edge, so he told his players to run and gave them the licence to offload. This culminated in some fantastic expansive rugby that wore the big bulls pack down and very nearly led to a rare win (or draw) at altitude in Pretoria.  Unfortunately, the Bulls dominance up front, particularly at scrum time was too much to overcome for the tourists and saw them leave Pretoria with just a losing bonus point.

Fresh off a bye, the Lions returned home from their Australasian tour with just one win. Their last start was a 26-point loss to the Crusaders in Christchurch and has seen them drop to the unfamiliar spot of fifth in the African conference. They are very much alive, however, with only 6 points separating them from the 1st place Bulls and with the remainder of their games in Africa, four of the next five in J’Burg, you would be a brave man to bet against Super Rugby’s perennial bride maids not featuring come finals time. 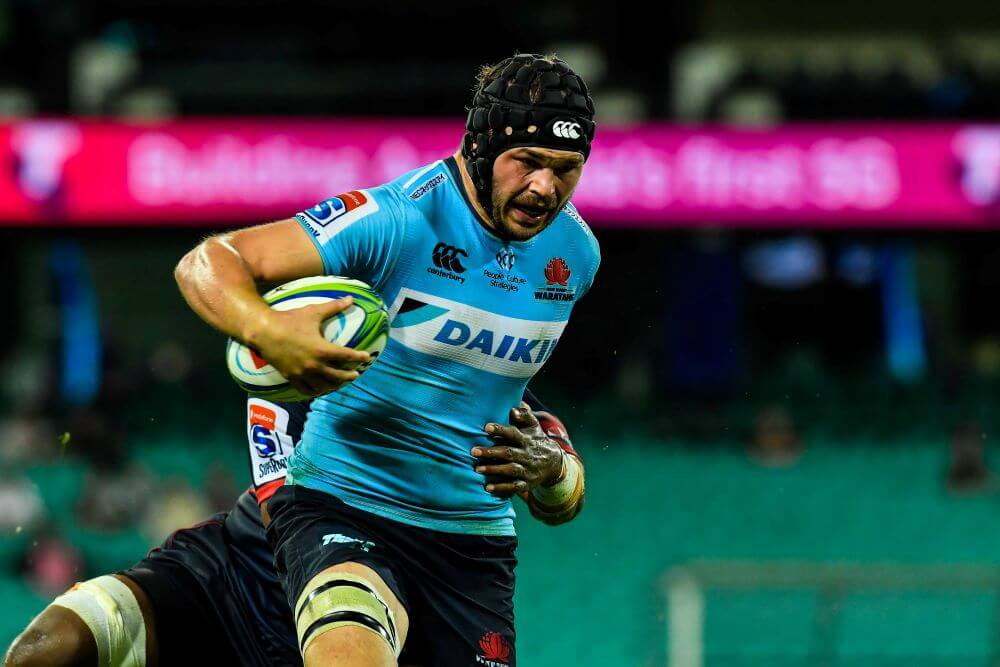 Three changes to the Waratahs starting side to run out onto Ellis Park. Micheal Wells has been rushed back into the XV after recovering from injury. His return sees the improving Ned Hanigan shifted to his favoured position of blindside flanker with Lachie Swinton dropping out of the 23 altogether. Out wide Adam Ashley-Cooper’s hopes of a Wallabies return have taken another hit, with the veteran dropped to make way for Lalakai Foketi. Curtis Rona’s up and down season continues with the former NRL flyer also dropping back to the bench to make way for Alex Newsome.

Several big-name inclusions for The Lions as they welcome back inspirational skipper Warren Whiteley, hooker Malcolm Marx and inside centre Harold Vorster as well as Springbok winger Courtnall Skosan.

Damien Fitzpatrick gets a chance to prove his test credentials when he faces off against the premier hooker in World Rugby Malcolm Marx. The Wallabies hooker spot is still very much up for grabs, but you would have to say Folau Faingaa is now the clear front runner. While Fitzpatrick probably has the better set-piece game, he is a lot less damaging around the park to the other Wallaby hooking options. If he can prove, he can match Marx’ physicality and abrasive style it would go a long way at the Wallabies selection table. Marx has been in good form in 2019 and would have no doubt taken note of how the Bulls pack were able to bully the Tahs last weekend.

The Waratahs winger merry go-around kept spinning this week with Alex Newsome’s consistency seemingly preferred to Curtis Rona’s elusiveness. Newsome hasn’t put a foot wrong in 2019, and if he can find his nose to the try line a little bit more often, he shapes as a mainstay for the Waratahs for years to come. You sense he has been bought in as a more solid defensive option to mark the dangerous Aphiwe Dyanti – The Waratahs won’t have forgotten the Lion’s speedster’s outstanding chip and chase try in the semi-final last year.  Dyantyi was perhaps the find of 2018 for South African Rugby. The winger burst on to the scene for the Lions in round 1 2018 and immediately established himself as their first-choice winger, trailing only Marx for tries scored in 2018.  His form was rewarded with a Springboks call-up, in which he scored a try on debut against England in June. It was in the Rugby championship he came alight scoring five tries for the Tournament including two against the All Blacks in South Africa’s first win on NZ soil since 2009. 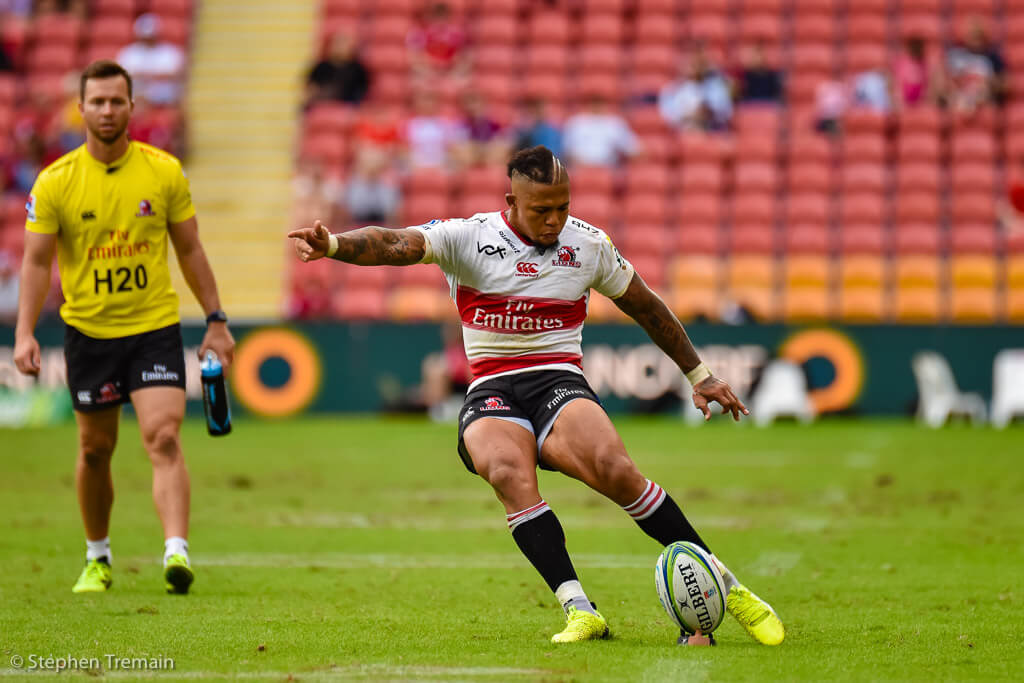 Despite a rough run of form, it’s hard to tip against the Lions in this one. They have won the last four meetings between the sides, including the infamous 29-0 shutout in Sydney last season. The Tahs will again try to play a fast-paced, up-tempo game against the likes of Marx, Whiteley and Kwagga Smith and if they can execute it at a higher percentage, they are every danger of running away with this one. It’s high stakes on the highveld but with the Tahs nearing the end of their tour and the Lions fresh off a bye they should have too much in the tank for the men in sky blue.  Lions by 8….