Wallabies and All Blacks play out a dramatic draw

Wallabies and All Blacks play out a dramatic draw

The Dave Rennie era for the Wallabies has started with a dramatic 16-16 draw with the All Blacks in Wellington. The game was the first Test for both sides in nearly a year and almost made up for it with the game going 8 minutes past the 80 minutes with both teams throwing the kitchen sink at each other after the siren attempting to snatch a win.

The Wallabies were good in some areas but it was a game of missed chances as they were unable to capitalise on their possession and territory with the lineout one area to work on before next weeks game in Eden Park. It was two tries apiece in the game although the first All Blacks try should have been pulled up after Rieko Ioane went into touch but was somehow missed by Angus Gardner on the line.

That was all forgotten as Reece Hodge had an attempt to win it after the full-time siren but his long range attempt from nearly 60 metres hit the post before one of the craziest sequences of play stretching over 8 minutes before it all came to a halt at 16-16.

There were a number of impressive displays from the debutants with Filipo Daugunu the best of that pack with a few others looking better for their first taste of Test footy.

It was a confident looking start for the Wallabies in the opening minutes with the new look side not looking overawed by the occasion as they attempted to keep the All Blacks on the back foot.

For all the good work in the opening ten minutes it was the execution with ball retention and some offloads not hitting the mark that got the All Blacks out of jail. A missed kick for touch was all it took for the home side to get on the board with Jordie Barrett to score in the right corner, but a foot in touch from Reiko Ioane in the leadup might have needed a second look.

The All Blacks had to absorb a lot of defence in the opening 20 minutes and it was their defence that denied the Wallabies a try with Sam Whitelock earning a penalty on his own line after Matt Philip made a break through the line but was unable to find support.

The Wallabies needed to be accurate with set piece, but their lineout started to get the yips and were lucky to only concede a penalty goal to Jordie Barrett to make it 8-0 just before the 30-minute mark.

James O’Connor got the Wallabies on the board 4 minutes later with a penalty goal for a no arms tackle by Patrick Tuipulotu on Michael Hooper. The Wallabies should have had more points shortly after with great field position off a penalty kick to touch but the All Blacks defence was again up to the task as they repelled an attempted rolling maul.

Even with more than 60% of possession and territory, the Wallabies couldn’t take advantage and would have been disappointed to not have more points. Filipo Daugunu looked dangerous when he had the ball but seemed to be playing a lone role as the Wallabies started to rack up the penalty count and not able to secure their own ball in key positions around the field.

The Wallabies blew another chance right on half time to hit back but another error from Folau Fainga’a as he dropped the ball trying to play an inside pass to Marika Koroibete off the back. It was nearly punished by the All Blacks as they went 70 metres the other way to what would have been their second try but a closer look showed Reiko Ioane bounce the ball in the act of scoring to spare the Wallabies blushes to leave it at 8-3 at the break.

The second half started with the Wallabies earning a penalty within minutes of the resumption, but O’Connor was unable to reduce the gap from a penalty shot around 40 metres out.

But then the All Blacks did what they do best by scoring points just after half time as they ran the same lineout play the Wallabies attempted towards the end of the first half and Aaron Smith was able to get up from a Nic White tackle and reach out to score in the left corner to make the margin 10 points.

The Wallabies got another chance in the All Blacks half and made no mistake this time as the backline ran a brilliant set piece play with Toomua and O’Connor involved and O’Connor pass found Marika Koroibete out on the left wing and he beat Damian McKenzie in the corner to score a deserved try.

That gave the Wallabies a bit of confidence with the running game of O’Connor causing a few headaches as he started to snipe around the defensive line to finding gaps in the All Blacks line.

Matt Philip had been heavily involved all game and it was his run down the right wing that lead to the next Wallabies try as McKenzie ripped the ball clear in the tackle but Nic White swooped in and flicked it to Filipo Daugunu to score on the right corner and level the scores at 13-13.

James O’Connor was unable to convert with the tricky wind not allowing him to find his kicking rhythm on the day.

With the game in the last 10 minutes, Barrett had a chance to edge the All Blacks in front but his kick was wide and was followed by a chance for O’Connor in the 74th minute to get in front and he made no mistake to put the Wallabies in front at 16-13.

But there would be more drama as replacement Rob Simmons was penalised for a maul infringement to give Barrett a simple shot to level the score at 16-16. If that wasn’t enough for the crowd, Reece Hodge had a chance to win it from the other side of halfway but his long-range attempt crashed into the right hand post.

From the rebound the All Blacks knocked on and showed good awareness to not be pinged for offside as the Wallabies scrambled to get the ball out for a possible match wining drop goal but somehow, the ball ended up on the All Blacks side.

Then followed 7 minutes of madness as both sides tried anything to win the game with the ball going end-to-end. The All Blacks seemed to be most likely to win it as they launched a counter attack and won a penalty but they couldn’t get the ball to Richie Mounga or Barrett for a match winning drop goal and in turn lost the ball but the Wallabies in trying to get something going gave it back almost immediately before James O’Connor finally put an end to the craziness and kicked it out in the 88th minute.

The last 10 minutes (18 if you include the extra 8). Even though it ended up a draw, the Wallabies went ahead in the 74th minute, just after Jordie Barrett missed and tried to hang on for the win before Barrett made up for it 2 minutes from time as Rob Simmons penalised for a maul infringement. 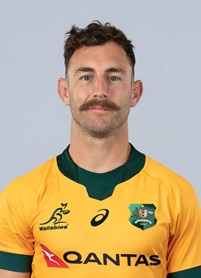