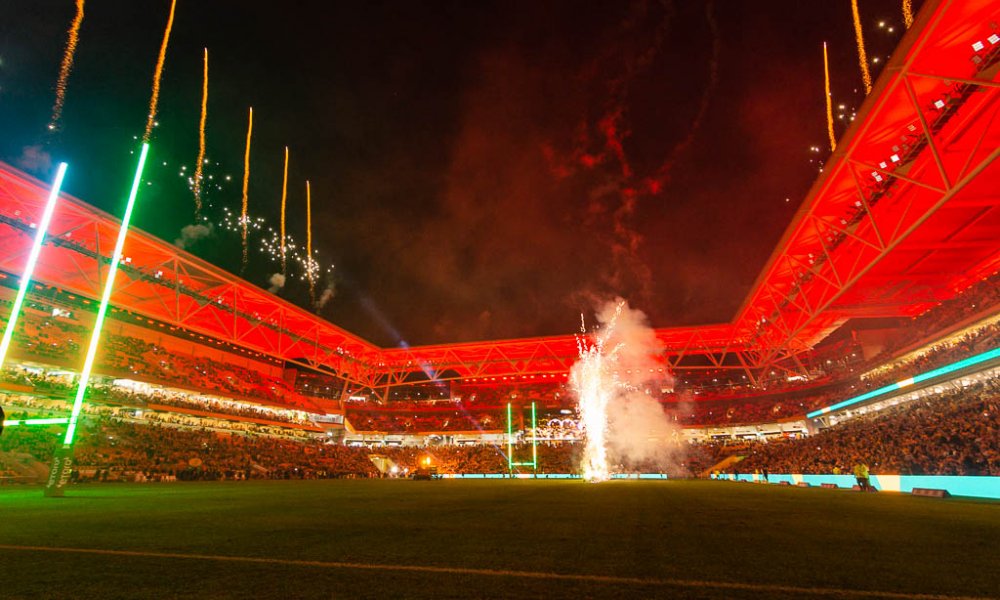 Happy Thursday everyone. Bit of a quick one this week as unfortunately paid work intervened, and I had to get up early to complete the task. Apologies if my 4:00am ramblings make less sense than normal. Well, we used our get out of gaol card on the weekend and, to quote an English general after the end of the cold war, now for the real enemy the French. Seriously, I think we were the last team to beat them. New Zealand takes on Wales and the Fijians visit Murrayfield.

I discussed the Scottish cleanout on Tate McDermott and the Retallick subsequent red card on the weekend and the following perspective was pointed out to me. When a player makes a break and he’s tackled the cleaner is currently not refereed on keeping his feet. In both the Scotland and Japan game when a player is in a decent position over the ball the cleaner just tries to melt the player off the ball with no regard for keeping his feet.

I also listened to the Gregor Townsend post-match interview and he made the statement that his player did exactly as he was coached. His comment was that it was a world class cleanout. He’s meant to sprint to the contest and make every effort to get him off. If there was a requirement to keep your feet it would slow the player down at the point of impact as the coaching point would be different with an emphasis on keeping your feet. Refer to yesterday’s comments for a YouTube of the incident to illustrate my point.

Will Genia has his say on who should be halfback

Will Genia has revealed who he’d want to start at scrum half for Australia in a big test match, as he believes one player is better suited to the “Wallabies structure.”

Queenslander Tate McDermott was given the first opportunity on the spring tour to start in Wallaby gold last weekend, and looked dangerous with the ball-in-hand. McDermott made a 20+ metre break out of nowhere inside the opening few minutes, and generally appeared to have the Scottish defence second guessing themselves before going off. The 24-year-old Queensland Reds scrum half left the field for a HIA mid-way through the second half after a controversial clean-out from Scotlandreplacement Glen Young.

Nic White, who played his 50th test in July, came onto the field and played a crucial role in the Wallabies’ dramatic win. Not only was White’s passing and kicking game quite accurate, but he ended the game with a brilliant showing of skill as he dropkicked the ball into touch on the bounce the end the match.

Test veteran and former Wallaby scrum half Genia believes White is the better option to start in the No. 9 jersey for Dave Rennie’s team. “If I was pressed on who I had to start, say if it’s a big game and a big Test match, I’m probably going to start Whitey,” Genia told the Roar Rugby Podcast. “I’d rather try and win the game from the outset then bring someone on who can win it when we’re doing 15-6 as the example. Whether this is right or wrong to say, I think Whitey plays to the current Wallabies structure and the way they want to play the game better than the other two.”

“It just seems like he understands the game style and game plan more, and it allows him to make better decisions and read the play and read the cues. Like I said, if I was pressed I would choose him. Again to be fair, Whitey has had a really good impact off the bench, he’s also been very, very good when he’s started games for us.”

A rugby team’s scrum half is the player that touches the ball the most out of anyone on the field, and is usually plays a pivotal role in success or failure. The best teams in the world have some of the best no. 9s, including French captain Antoine Dupont who won World Rugby Player of the Year in 2021.

But as Genia explained, the skillset that a scrum half has can make “a big difference” on how a team plays the game. “If say for example you have a running nine, the game essentially has to cater to him a little bit,” he also mentioned.

I must say I like Will’s early commentary efforts, let’s just hope he doesn’t turn into Drew Mitchell.

From State Media in NZ (Stuff)

I could pull up all sorts of video to prove that Brodie Retallick was handed a light sentence with three weeks and Bundee Aki getting eight but he does wear nearly All Black so he got the good bloke discount. It’s back to breakdown school for 99 test All Black Brodie Retallick who must satisfy his masters at World Rugby he has reformed if he is to raise his century against England at Twickenham on November 19.

Retallick appeared before a World Rugby disciplinary panel after he was sent off in the test win against Japan in Tokyo last weekend for a dangerous cleanout at a ruck where he drove his shoulder into the neck and head of Japanese flanker Kazuki Himeno. The 31 year old Retallick was handed a mid-range six week ban that was cut in half after taking into account his clean record.

The panel will also allow him to shorten the ban by a further week if he undertakes World Rugby’s coaching intervention programme (CIP), which he requested.

Following is the Australian team to compete at on of my favourite weeks, the Hong Kong Sevens. If you haven’t made it yet I’d recommend it. After using quite a few players from Shute Shield last year it appears to be Queensland’s turn with Kye Oates being the uncapped player from the UQ club.

The Reds are playing a development tour match in Japan this weekend which will be streamed on Facebook on Friday, 4 November at 8:00pm for those who’re interested. In a world where we all love to bash guys who run the game well done to the Reds and the Rebels for each putting on a tour.

Hoss up tomorrow enjoy your sleep deprivation on the weekend.