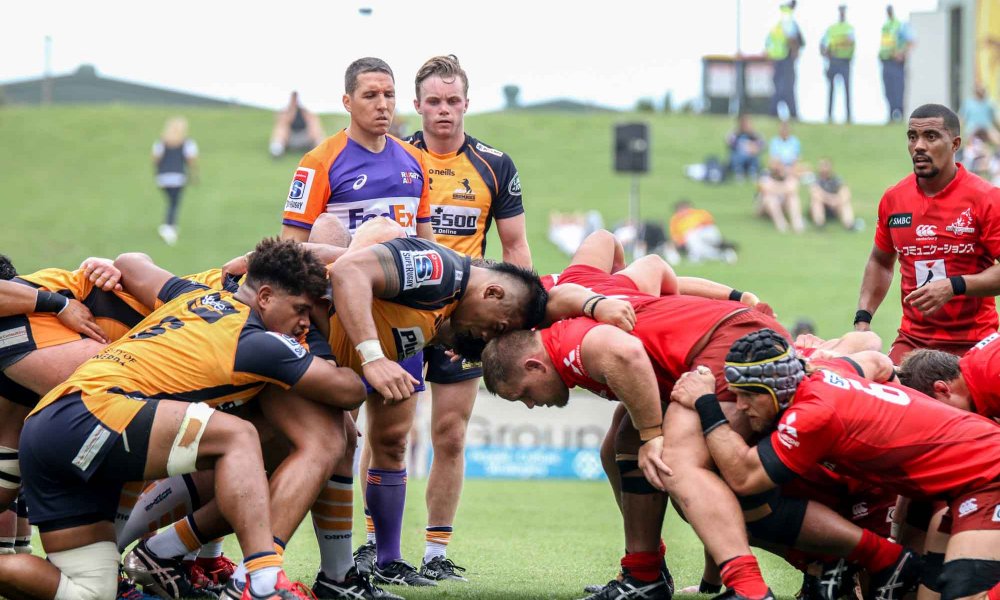 Welcome back to a fairly relaxed Top 5. Here in Canberra we get picked on a fair bit, but yesterday was a public holiday here so ner ner!

This week we look at stats and how they can be misleading, question the goal kicking (or lack thereof) we are seeing, have some fun at the beach, get a little angry at Scotland and check out some of the more entertaining things from the week in rugby.

No, I am not going to go through all the stats from each team, there is way too much work involved in that. But I have had a quick look and some very interesting things have popped up after this weekend, which demonstrate that stats definitely do not tell the whole story (except in the case of the Waratahs where only 6 of the starting 15 didn’t concede a turnover and only 3 of the starting 15 didn’t miss a tackle – that tells a pretty good story). Looking at the team stats on the SANZAAR site (I assume that means they are verified, or do we have to check) there is one team leading the way in the following categories: tries scored, clean breaks, carries, metres carried and offloads and are second in defenders beaten. Yet this team has one just one match this year. Do we know who I am talking about yet? Yep, the Reds. Top of all the attacking stats but on the losing end of the scoreboard 5 times out of 6. So what is going wrong? Is it purely down to poor kicking? They aren’t topping the handling error stats so aren’t just dropping the ball, so what is it? Are all of those stats blown out by the one match against the Sunwolves? Let’s see. Take out that one match and they would be on 16 tries from 5 games, 8 less than the Brumbies who have also played 5 games. They drop to 64 clean breaks which would move them to 3rd. They would drop to 8th in metres carried and defenders beaten and 6th in carries. So in answer, yes. That one match against the Sunwolves has blown the stats out so much that it has completely skewed them. On the stats page over at SANZAAR the Reds look like the top attacking team in the comp, but in reality? 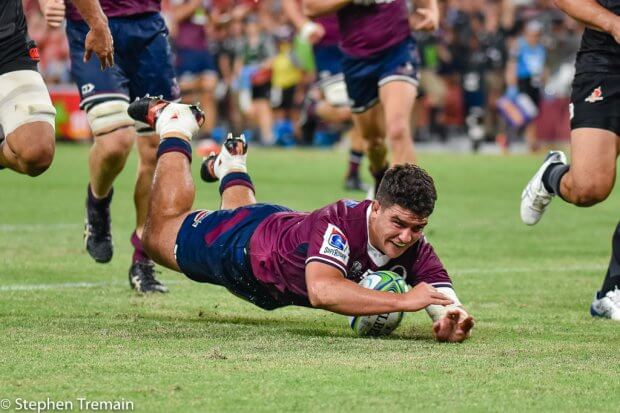 I’m guessing that is what a lot of Red’s fans are asking themselves in relation to the question of a goal kicker. Because it is a bit of an issue for the team at present. The Reds are topping the table in terms of tries scored with 26. Yet they have converted only 15 of those tries. The success rate is just 57.7%, the lowest of the Aussie teams. In fact, none of the Australian teams are exactly doing well in the conversion stakes (I am not looking at penalty kicks, as they can choose to take these when they are more kickable which skews the percentage a bit). The Waratahs are on 61.5%, the Rebels on 65.2% and the Brumbies leading the way on 66.7%. Not exactly inspiring are they? Does this mean we just don’t have skilled goal kickers at the moment? On Friday we saw Ryan Lonergan kick 5/5, including some from the sideline. So he is definitely a quality kicker, but probably not yet ready to be a consistent starting 9. Do you build a team around a kicker or do you try and make a kicker out of one of the selected players? The Reds have been using Jock Campbell recently, but he has kicked just 9 of his 18 conversion attempts and even the commentators described him as a part time kicker. Does Thorn persist with him or find someone else, even if they might not usually be in the starting 15? If they had made the kicks on the weekend they would have won, so I think there needs to be some tough decisions made. I’m just glad I’m not the one making them. 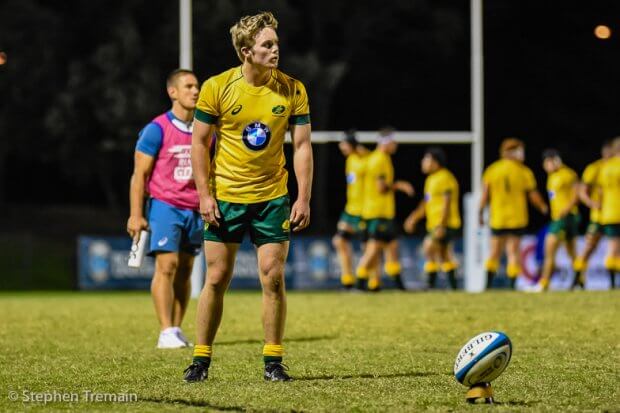 Super Rugby double headers. Brought about by unfortunate circumstances, but a great day out for fans. Yep, on Friday the MST family braved the 3-hour drive and potential poor weather to go see the Brumbies play in Wollongong. With free entry for members, it wasn’t a difficult decision. We planned on watching the Brumbies, seeing the beach (or risk mutiny from miss 3) then heading home, because when we got the tickets we were told strictly no pass outs. But as we were leaving after the Brumbies game the guy at the gate asked if we would be coming back, we took a chance and said yes so he scanned us out meaning we could come back later. And we did. After a quick beach and dinner break between the games (bonus experience of heading to the beach at the same time as the Brumbies for their post-match cool off) we headed back and watched the Tahs game. It was interesting watching from a relatively neutral perspective, we could enjoy the good play by each team without being devastated at the result. We obviously weren’t the only ones, during the Tahs match I saw people in a range of different rugby jerseys including Waratahs, Chiefs, Brumbies, Reds, Force, Blues, Highlanders and Sharks, plus Wallabies and Ireland. Lots of people were there just to watch some rugby, seemingly regardless of who was playing. So my advice to rugby fans in Brisbane – if you get the chance definitely go early and see both games.

Firstly, I would just like to thank Scotland for messing up my predictions and putting England back in the hunt for the title. Thanks fellas. Yep, in defeating France 28-17 on the weekend (who saw that one coming?!) Scotland have helped England, who put themselves back in the fight by beating Wales, move to the top of the ladder. With England’s final match against Italy (when it is eventually played, as it has been postponed) as much of a sure thing as you can get in rugby, England will probably finish with 18 points. France would need to get a bonus point win over Ireland to also finish on 18 points, with it then coming down to points difference (with England playing Italy you’d assume they will end with a higher PD). But then there is Ireland, whose match against Italy was postponed. Assuming it goes ahead, Ireland could get 5 points from that match, putting them on 14 points, meaning a bonus point win over France would give them the title. Confused yet? Basically, if Ireland or France don’t win with a bonus point the title is as good as going to England. Although with the two matches that were due to be played in Italy being postponed, it could be a while yet before we actually have a winner.

As of late Monday night, there are rumours doing the rounds that the entire final round of Six nations will be called off. I have seen unconfirmed reports of the France v Ireland being postponed, with some saying the entire round, while others are saying Wales v Scotland will still go ahead. As of publishing I haven’t seen anything official. Interestingly, the date flying around the twitterverse for the playing of the postponed matches is October. So it could be a very long wait until we know who wins. 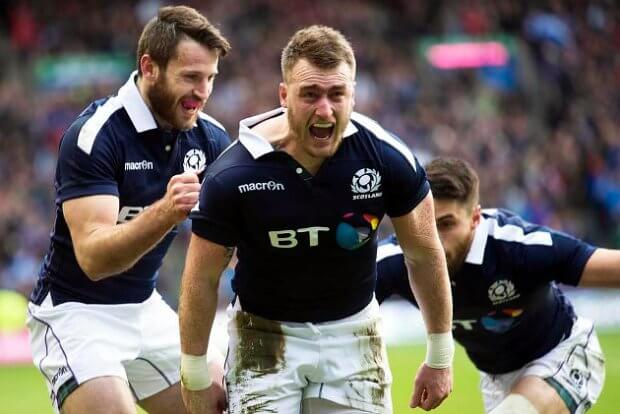 Our highlights from the week in rugby

This first one isn’t a highlight as such, but just an interesting tid bit that showed up just before I hit “publish”. The JRFU has suspended the next 3 rounds of the Top League, but not for COVID-19 reasons. No. It is due to the number of recent drug arrests, which the JRFU is calling “an emergency”. And you thought Rugby Australia had problems!

I just don’t get how it is possible to have jerseys clash these days. Teams make a big show about revealing jerseys before the season, we see them week in, week out, so how the hell did this happen? The picture doesn’t even do it justice, the clash was so bad.

At half time the Bulls changed jerseys, making the second half much easier to watch.

This moment of madness from the French Top 14 is so exciting to watch. If you want to hook new fans in, show them this.

Here are some of the top tries from the week. I agree with most of them and it is good to see some Aussie teams featuring.