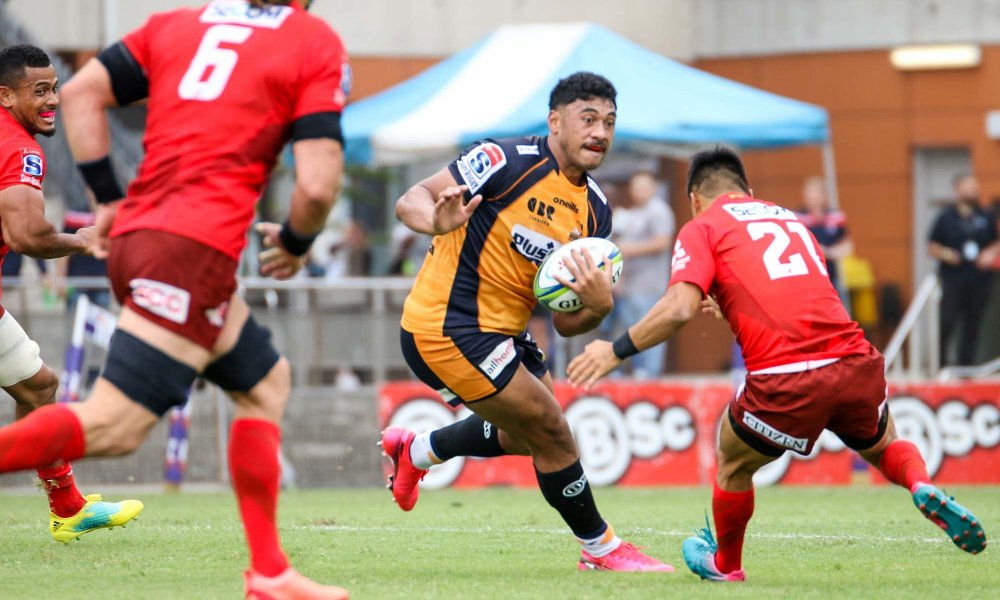 Monday’s Rugby News looks at a wild round of Super Rugby and Super W, the Aussies dominating at the Vancouver Sevens and all the madness from the Six Nations clash between England and Wales 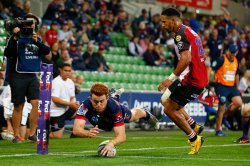 Week 6 of the Super Rugby threw up plenty of record-breaking performances as the contenders start to separate themselves from the pretenders.

Starting in the NRL heartland of Wollongong, the Sunwolves began their home life outside of Asia as they hosted the Brumbies in the first Super Rugby double-header. Eventually, the might of the ACT boys would overwhelm the moon doggies, running in five tries to record a 47-14 win.

This was followed by a trip to Christchurch, where the Reds were seemingly sent to the slaughter against the Crusaders. However, no one told Brad Thorn’s men, who outscored the Crusaders four tries to three. Unfortunately, they were let down by poor goal-kicking, going down 24-20 in a thriller.

This was finished off by the Waratahs, who were looking to make it 2/2 for Australian teams at the ‘Gong as they faced the Chiefs. They would play some inspired football, taking a 14-13 lead in the first half. However, the side appeared to head back to Sydney at half-time, allowing six unanswered tries to lose 51-13 to Warren Gatland’s men.

On Saturday, the action headed to Wellington for the Beuaden Barrett rivalry match (minus Beauden) as the Hurricanes hosted the Blues. However, ill-discipline would cost the Wellington-based side, who at one point were down to 12 men, as the Blues secured the victory 24-15, their first win against the Hurricanes since 2015.

To round out Saturday, the Rebels would look for back-to-back wins as they hosted the Lions. Whilst the Melbourne side would spend most of the first half down a man, they would run riot in the second half, with an Andrew Kellaway double gifting them a 37-17 win, their first against the Lions in club history.

In South Africa, the Bulls would break a four-game losing streak, dominating the Highlanders 38-13. Flyer Rosko Specman would prove to be the X-factor, running in a hat-trick to break their slump.

Finally, the Sharks enjoyed their return to home soil, defeating the Jaguares 33-19. They continued their strong form across their Aus/NZ tour, running in four tires to bolt to the top of the Super Rugby table. 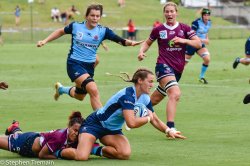 The Super W produced one of the finest rounds of rugby that you will see, headlined by a grand final rematch between the Waratahs and Reds.

Unfortunately for the Ballymore faithful that came down in their droves, it would be the same old story as the Waratahs clinched a narrow 13-10 victory.

It was the third consecutive match between the rivals to be decided by less than three points, with the Waratahs winning all three.

With the scores tied up a 10-all with 15 minutes, Arabella McKenzie held her nerve to slot the penalty goal, with the Waratahs maintaining their defensive intensity for the remainder of the match to seal the win.

“We’ve been playing the way we want to play but I don’t think we’ve hit our potential,” captain Grace Hamilton said.

“The growth in the young girls in our team and the potential of those girls, I can’t wait to unleash them.

“I don’t think we showed much of that today but we’ve got another two or three games to show people that and I can’t wait for those girls to get out there.”

Despite this incredible encounter, the biggest win came on Sunday afternoon when the Rebels claimed their first ever Super W win after defeating Rugby WA 31-26.

The scores were locked up at half-time at 14-all, with number eight Sally Kehoe and Nicola Emsley crossing before the half-time break to keep the Rebels in the contest.

Ariana Hira-Herangi looked to put Rugby WA back on top after finding the line just after the half-time break.

However, the Rebels would continue to show why they are one of the most improved teams in the country, with Kehoe crossing for her second before Emsley found the line once again to put her side in front with 20 minutes to go.

The game was set for a nail-biting finish, with flyhalf Trilleen Pomare taking it upon herself to put the WA side back on level terms.

In the end, it was winger Mikeala Welti who found the line for the Rebels, who held off waves of attack to secure a famous victory. 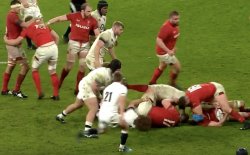 England has clinched the Triple Crown after an action-packed 33-30 win over Wales at Twickenham.

England were ahead 33-16 on the hour mark when Manu Tuilagi crossed for his third try of the game.

However, he would soon go from hero to zero when he was red-carded for a no arms tackle that stopped Wales winger George North from scoring a try in the corner.

Eventually, they would hold on for the win, but coach Eddie Jones was less than impressed with the decision to send him off.

“I find it bizarre, I usually don’t comment but I don’t see how you can tackle a guy, how else are you supposed to tackle him?” Jones told reporters.

“This bit about where your arms are — what a load of rubbish. I think there’s no common sense applied in that situation. It’s absolute rubbish.”

However, Jones should be more concerned about what will happen with prop Joe Mauler, who was spotted going for the ol’ squirrel grip on Welsh captain Alan Wyn Jones.

AWJ admitted that he was frustrated by the lack of action, believing that he should’ve been carded.

“It’s tough. Hopefully, World Rugby will have a look at it,” said Jones.

“It’s difficult as captain because you feel you can’t speak to the referee about anything,

“I looked at the touch judge but he didn’t see what happened, which is fine. A lot of footage was shown, a lot of supporters have seen what happened, it’s just very frustrating.

“We talk a lot about the TMO footage and review but not a lot’s happened.”

Perhaps the best reaction came from former Welsh star Gareth Thomas, who came out as gay in 2009, remarking on the ITV broadcast “It’d never happened in my day, and I’m upset about that, as I’d never have retired.” 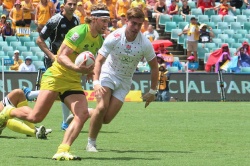 Australia has continued their dominant run during the pool stage, going through undefeated at the Vancouver Sevens.

The Aussies faced the exact same pool as Los Angeles, opening up with a narrow 33-19 win over Scotland.

The hero was Lachie Anderson, who nabbed two tries in the opening half to put the side in a commanding position at the break.

Lachie Miller continued his hot form with the opening try of the second half, however, Scotland would continue to fight with Tom Brown crossing the line.

However, Tim Anstee will seal the victory in the 13th minute, with the Scots crossing late for a consolation try.

They would carry this form into their second match, thumping Samoa 40-12.

Four first-half tries helped them on their way to the quarter-finals, with six different try-scorers finding their way over the line in the victory.

Then awaited the USA, who was eager for revenge after their loss in LA last week.

However, the Aussies have seemingly cracked the code, securing a 29-7 win to secure top spot in pool D.

Once again, Lachie Miller was the shining light, crossing for a hat-trick, complemented by a double to Henry Hutchinson.

However, they will likely be without Joe Pincus for the finals, who appeared to dislocate his right shoulder just after the break

They have booked a date with England in the quarter-finals (6:03 AEDT), who finished second after a devastating 38-0 loss to South Africa in their final group game.