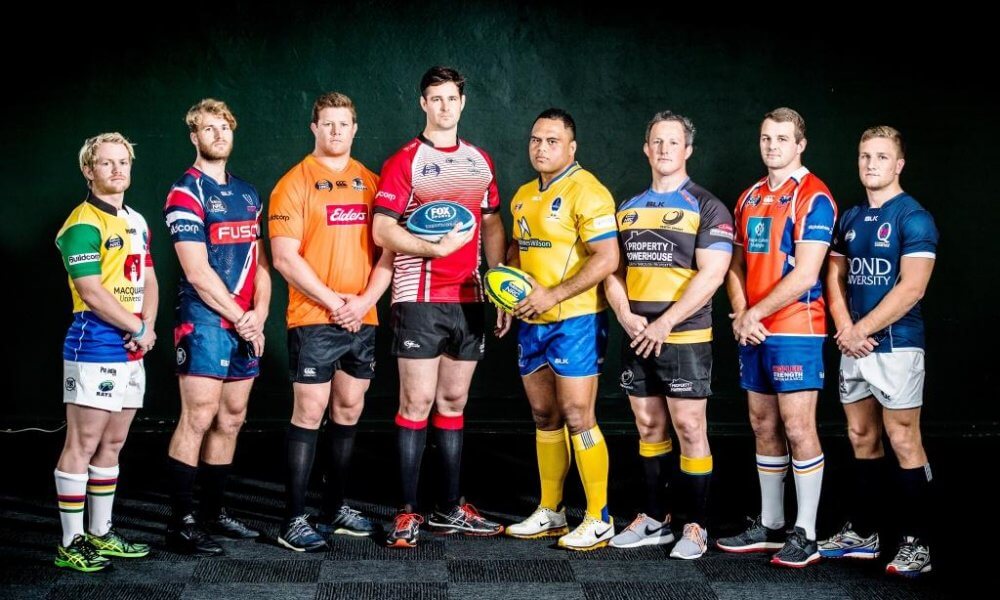 The Tuesday Top 5 this week sees Fiji joining the NRC, a recap of all the semi-final action and a call to arms for a big crowd down in Tamworth come Saturday night.

Fiji Warriors to Officially join the NRC in 2017.

It has been an exciting few days for the NRC. It all started on Friday when it was formally announced by the ARU that Fiji will officially join the competition next year, bringing the number of teams back to nine for 2017. This came in the wake of the Pacific Island Pride round in the NRC the week before, that had drew some of the strongest crowds of the whole season. So momentous was the occasion, that the Fiji Prime Minister made the trip to be there for the announcement. The inclusion of this team is probably going to be one of great importance for rugby worldwide, not just for the NRC developing and expanding, but for Pacific Island rugby.

Does that sound like an exaggeration? No, I’m serious. No longer will Fijian players have to play professionally outside of Fiji. For years their players have been snapped up by the ARU and NZRU, and even more recently, by European-based talent scouts. To play in Fiji will bring many of those players back, and is a direct challenge to those cashed up European clubs. Heck, it also may even start rumblings of something similar happening in the two other major rugby nations in the Pacific, Tonga and Samoa.

It puts pressure on SANZAAR to add a Pacific Islands team to Super Rugby, and shows islander players the pathway they can take to achieve a successful career in rugby. It’s a major coup for both the ARU and the FRU, as many Fijian players may find themselves playing in Australia and Fiji more. And (as we have seen), it will rapidly increase the following of the NRC, especially in areas like Western Sydney, which has the highest Fijian population outside of Fiji in the world, and it will also force the talent already in the NRC to step up more, as the Fiji team will be genuine title contenders from the outset.

With this move, the ARU put a stamp on how seriously they are starting to take this competition. Bill Pulver said way back that he intends for the NRC to be around “forever”, and officially signing on the Fijian team for the next four years is only going to help that growth. It will bring positives to Australian rugby, NRC rugby, Fijian Rugby and Pacific Island rugby. Well played, ARU and FRU.

Well, come finals, and the Spirit sure know how to spring a surprise. They did it in 2014 to the Melbourne Rising, and once again, they’ve come up trumps against the men from Sydney, winning 42-24. The men from the west (who have now become affectionately known as ‘The Piggies’) had to dig deep to grab their first ever win against a brave Rays outfit at Rat Park, but their performance shows how far the team has come from their twenty-point loss against the same side at a soaked North Sydney Oval nearly seven weeks ago. The Spirit now has amassed five wins from their last six games, and look dangerous. Really, really dangerous.

It’s time for a bit of context with rugby in the west. For many fans of the Force, it has been a woeful year. Financially, the club was taken over by the ARU to stay afloat, and they amassed a paltry two wins all year (their second worst season performance in their history, but hey at least it wasn’t the Lions back in 2010). But, if there is any sign to stick with the Force, it has what has come afterwards. Yeah, their search for a coach never left the carpark and has been given to David Wessels, but Wessels looks like he’s taking the job seriously: his coaching selections have been excellent so far, with the Force taking on Ulster assistant coach Joe Barakat as forwards coach, Leinster elite development coach Shaun Berne as attack coach, and Alan Gaffney, who has worked at the Waratahs, Munster, Saracens and Leinster. His player selection has been solid too, with the likes of Billy Meakes, Isi Naisarani, Chris Rona and a bunch of promising local talent joining the Force’s ranks (If only they could bring back the Badger too).

This year in the 10-man format of the game, the Force were crowned World Club 10s Champions in Mauritius (with a squad comprised of mostly local talent). Now, the Spirit (with a hefty number of players from the Pindan Premier Grade), find themselves in the NRC grand final for the second time in three years! And that was all them; they got to those finals by hard slog, and winning against more favoured opponents. The Spirit are the epitome of why we need to keep rugby in the west! Regardless of whether they win or lose in Tamworth next week, the Spirit have more than shown the value of Western Australian rugby. Now, if only the Force can replicate that success…

Rays fairy-tale comes to an end

I’m a NSW Country supporter at heart, but I study at Macquarie University in Sydney, so I have a serious soft-spot for the Rays. And god, what a season they had! No one at the start of the season would have given these guys a chance of even making the semis, but Simon Cron, the coaches and the players this year have taken the Rays from being a team seemingly there just to make up the numbers to one of the most consistent teams in the comp, and genuine title-contenders. If there was an award for the most improved team, the Rays would have won it by a longshot, even when considering how open the comp was this year.

They won six games all up this year (in the previous two seasons combined, they won four). But it was not just the fact they were winning games, but also it was the team culture they built. Cron, when asked to take on this job, aimed to give the Rays an identity as a club. As 2016 has seen the NRC expand with leaps and bounds, the Rays have done likewise, as judging by the solid crowd who turned up on the weekend at Rat Park. While the result didn’t go their way (which Cron will no doubt be disappointed with), the entire group at the Rays should be seriously proud of what they have come to represent. Their style of rugby was electrifying and entertaining, and if it stays that way I can see the rugby faithful in Sydney getting behind them over the next few years. If Cron and company sticks around for 2017, I can see the Rays continuing to improve, and maybe even go one better to win that coveted Toast Rack!

NSW Country has got their mojo back, Rising rue missed opportunities.

For all the praise I’ve heaped on the Rays and the Spirit, it’s time to recognise the arguable favourites for next week. NSW Country have had a rough fortnight. They lost to cellar dwellers Queensland Country, and barely managed to escape with the win against a strong Rams outfit. Part of me was wondering if they were still the real deal. But, in front of a great crowd in Newcastle, Country got their mojo back. Melbourne Rising threw everything at them in the first 20 minutes of the game, and grabbed two tries for their efforts, but NSW Country struck back hard, and went absolutely rampant, winning 50-24. Their attack was crisp, and their energy (especially in the second half) was what cut the Rising out of the game. They are going to need to keep that energy against a Spirit outfit who is in terrific form.

In what has been an mixed year for Victorian rugby (with the Rebels equalling their best ever season), The Rising once again will be disappointed that they did not capitalise on their opportunities. For me, this game epitomised their season: when momentum was theirs, they were winning against the minor premiers in the first half, but in the second half when the Eagles begun to step up the tempo, they couldn’t match it and the floodgates opened. The Rising have featured in every semi-final in NRC history, but I seriously hope they don’t become known as the team that chokes. They have the talent to win the Toast Rack, but consistency was what got them this year. Hopefully they can turn that around in ten months’ time.

All roads lead to Scully Park for the big dance.

Tamworth will play host to the first ever country final between NSW Country and Perth Spirit. Cor, isn’t that great?! Professional finals footy playing in the country?! Unlike Tamworth Rugby Park, the final will be at the much larger Scully Park up the road. Already this year, it has played host to the Rugby League City vs Country match, that saw over 8,000 arrive through the gates. It’s a great venue. NSW Country will be favourites, but the Spirit are in such good form and have developed a strong reputation for upsetting favourites come semi-finals, so anything could happen.

Given the large crowd that greeted NSW Country last time they played in Tamworth, I say to the fans of country rugby: get along to this! Seriously, you will love it! Plan a trip out to Tamworth for it! Finals footy in the country has never happened before in the NRC, and it’s a testament to the competition that that can even happen. People in the country are passionate about their rugby, and a big crowd could not be any more perfect for the occasion. Rugby has always been a sport that involves the community: we watch it because we play it or because we know someone who has played it. It is an institution that brings people together. That’s why it is so embedded in the history of many NSW Country towns.

Let the NSW Country Eagles be a club that NSW Country turns up for. And Perth Spirit fans (if there are any going to support the Spirit, that is some awesome commitment), show your support! We won’t see this comp until August next year after this match, nor will we see any professional rugby played again in Australia until February next year. So get to the game! Give us a full stadium! Watch it at home! At the pub! Anywhere! Let’s make this a final that caps off what has been a wonderful season of NRC!