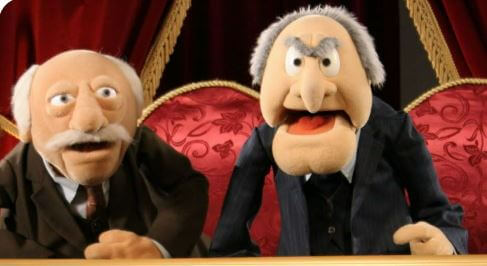 Hi Ya Cobbers and Diggers All

Welcome to Episode 18 of the Chewsday Chew.

Today I thought to have a wee chat about rugby Commentators and ask should we expect a commentator to know the laws of our game?

Now in case you have been living under a veritable rugby-commentary rock for the last two or three years, or if you are in fact one of those people who truthfully can watch a game of rugby on TV with the sound turned down (in which case we best discuss the other elements of your sociopathy firstly), the motivation for this chat has been that commentators have had a fair bit to say of late regarding rugby referees applying protocols particularly around tackle contact with the head and regarding ‘intentional’ knock-downs.

a) How well a/the commentators SHOULD know the LAWS of the game and their current interpretations as dictated by World Rugby. Is it part of their job? And perhaps more fundamentally,

b) What actually is a commentators job?

In answering those two questions, it is fair we assess the ‘space’ in which a commentator operates. And critical to that space I think is clear recognition of their role and to whom those commentators are talking to (and their needs/wants). Likewise part of that reconnoiter of the environment are the other competitive forces and benchmarks in that environment.

So what is the role of a commentator? Why are they even there? Primarily a commentator’s role is to entertain. How they execute that accountability may be open to discussion; do they inform, offer insight, comment blow-by-blow, provide parry to another commentators thrust, etc. But those methods of commentating are tools by which they execute their core function which is to add commentary to the visual entertainment. I don’t think we can get away from that basic core role – to entertain.

Now if we accept they are to entertain, then we may also ask who are they trying to entertain? What is the profile of the spectator being targeted? That is an enormously wide palette particularly in rugby from the ‘expert’ to the novice, male to female, adult to child and a thousand sub-categories in -between. That then may explain why a panel of commentators in made up to cover as much of that spectrum as possible.

So what are the roles on the panel? The two most obvious cliches in the Australian domestic circumstance at the moment are the Nick McArdle ‘Facilitator’ and the Sean Maloney ‘Buffoon’. Tick and Tick. To this is added the “ex-Aussie rugby star” Subject Matter Expert flavour by the current likes of Justin Harrison, Tim Horan and Morgan Turinui. An interesting bit of relative expert innovation is the addition of ex-All Black Andrew Mehrtens for not just technical comment but also frequently a riposte to blind-eyed-Aussie perspectives. Plus there is the experimental ‘Mongrel’ style commentators of Sonny Bill Williams and Drew Mitchell. Now I don’t call them Mongrel to insult them, what I mean is that they are clearly not ‘pure’ experts in that $BW brings almost a ‘Wellness Coach’ or zen flavour to his musings and Mitchell clearly also tries to position himself somewhere within the Kool-Kid/Buffoon category (well if he isn’t trying then… well… I’ll stop there). And last but not least, a nod towards the other 50% of the population and the fast-expanding rugby female market is covered by Allana Ferguson.

So say what you will, but you can’t fault Stan for at least trying with that mix. They are managing risk by covering the whole spectrum. That said, the traditional rugby trivia expert does seemed to have faded away. Commentators the likes of Bill McLaren and Gordon Bray seem to have gone a most unfortunate route and I fear we are both the poorer for their supplanting and unlikely to see their ilk again. For even if such folk with that rarest of mixes of McLaren’s creative phraseology and/or Bray’s inexhaustible background and lineage knowledge were to come to light, it is difficult to know where such professionals would fit on the panel-type arrangements of today. Not that would be any sort of justification to exclude them, but it is difficult to see via what route would they arise to have a profile now and how such a toolbox would be deployed on the modern day preferred panel arrangements.

So what are the opponents in the space doing? The rugby approach seems to mirror the league approach fairly closely particularly in having a Facilitator and that they mix the Buffoon role with the former player ‘Expert’ role (very loose term). Think Hindmarsh and Fletcher to Maloney and Mitchell. Leaving aside whether I find Hindy/Fletch and/or Maloney/Mitchell funny or not (another subject), two notable other differences are apparent in league commentary: there is little/no female input especially in any technical discussion (eg halftime) and secondly, the commentary teams are openly quite critical of referees and ‘the bunker’. Some may say such criticism of officialdom is similar in rugby. But I would say there is a small but critical difference in that the loig commentators seem to direct their criticism at the ref himself whereas the rugby commentary criticism will be at the laws and the protocols and not necessarily the ref personally. Now that’s only my opinion – feel free to disagree.

Comparatively, when considering the biggest sport in the country by a veritable country mile, our AFL cousins will generally have a Facilitator/Expert with contributions by Buffoon ex-players trying to be experts. It’s a subtly different mix again. Also worthy of calling out is that the Aussie Rules folk are HYPER umpire (ref) critical. The rules themselves will come in for very little informed conversation, but the umpires themselves, even if only by insinuation, are almost ‘dead men walking’ among the AFL glitterati. And similar to loig, the female input on commentary panels is again somewhere between zero and sweet bugger all.

Seemingly at odds with both loig and AFL, the example set by the NFL is very ref/official friendly, with lots of input from sideline females and a twin-team approach in the main box of a Facilitator and a genuine Expert ex-player. There is generally some healthy but very polite banter between the facilitator and the expert, but it doesn’t go to the buffoon level while in a broadcast (in my eyes).

So the world benchmark (the NFL) differentiates itself by seeming to avoid the Buffoon altogether and stick with a Facilitator and an Expert. But the local competition of AFL and loig very much insert the Buffoon. So to be local-market-relevant, particularly as a fringe sport (which we are, get over ourselves), there is a strong argument to include the Buffoon even if only to give the typical local viewer something they are familiar with. So I guess Sean Maloney and Drew Mitchell (to an extent) keep their jobs for now at least.

So we have inadvertently answered Q2 and what is a commentator’s job – to entertain. Thus we turn to Q1 and if the commentators SHOULD know the LAWS of the game. I don’t think it’s unreasonable that if someone dares to espouse their opinion on something that they should know something about it. But which commentator should know the laws? The Facilitator, Buffoon or Expert?

Now clearly the Buffoon is excused, notwithstanding Shakespearean musings on the wisdom of a fool. And is it wise for the Facilitator to be a quasi Expert? I would say no as firstly the Facilitator is there to facilitate – not opine. And that opinion seems shared as I seem to recall the last time Nick McArdle offered an opinion was at the halftime break of the Wobblies losing to the Pumas in Buenos Aires and he posited “Well, how much can you polish that turd?” over an open mike and was then not seen or heard of for some 3months thereafter (Naughty Nicky).

So if Buffoons and Facilitators are off the hook given such knowledge is at odds with their role, is it appropriate for the Experts to know the Laws of the game? The Experts are there for their perceived expertise. That expertise is generally founded in the fact they once wore a notable jersey (be it ours or someone else’s). So does that now make Drew Mitchell an Expert? On the prima facie it would, but I would hazard a guess and say not.

Thus I will ask the question a different way; would an Expert commentator increase their value by knowing the laws? And I think here the answer is a resounding ‘Yes’.

I quite appreciate the tactical musing of Turinui and also Allana Ferguson, but would their nuance and understanding be lifted by knowing the Laws? Undoubtedly. Likewise I like the balance ‘from the other side’ and the slightly more philosophical rugby observations of Mehrtens. But again, would his exasperisms and hyperbole be aided by knowing the laws before espousing on them? Again, given the amount of times he gets it factually wrong, I would say it’s a self evident ‘Yes’ as to trade on being an Expert but then failing to be so is more than just a bit contradictory.

Would anything help Googly Harrison and Timmy Horan in their quests to be Expert commentators? I don’t know. But a bit more of informed knowledge would hardly go astray and could hardly hurt I guess. It won’t make them any worse.

So surprisingly I finished up at the entirely unsurprising point that if one were to trade as an Expert, it would be best to do everything one could to be such an Expert. And that would mean that as an Expert commentator, knowing the laws of the game would seem a core requisite.

Thus to that end, I recommend Messieurs Mehrtens, Horan, Harrison and to a lesser extent Turinui get their proverbial backsides onto RugbyExplorer and do their Assistant Referees courses and then their Level 1 Referees exam before stepping forth onto their local pitches and having their on field assessments so as to add to their level of Expertise from-which they milk their cheques. Likewise Madam Ferguson is to do the same. I’m sure the local Referees Association can’t wait to make their respective acquaintance.

Anyway, for this week’s homework, I challenge all ye to comb the catacombs of your memory and U-Chube to find and espouse on the most one sided, ludicrous, funny and/or downright wrong bits of rugby commentary you have come across. As per usual, extra cred for those who find the oldest, daggiest and most obscure bits of one eyed verbal depravity. And I’ll get things off to a start with this wee gem (my favourite are the Canadians at 1:48)…