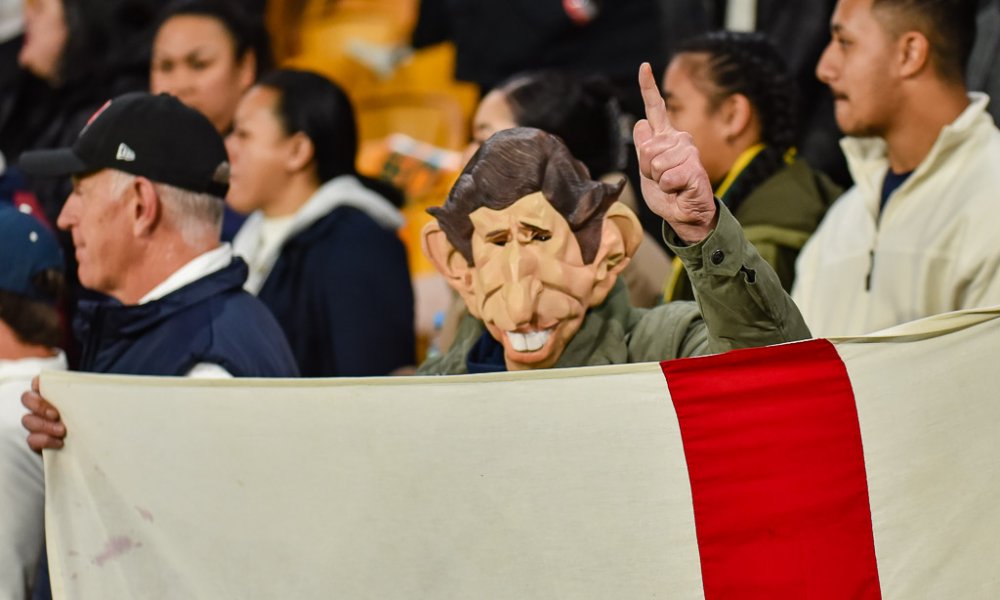 Rugby Australia has received the backing of its broadcaster and billionaire mining magnate Twiggy “Andrew” Forrest to go it alone in Super Rugby next year according to the SMH.

RA and NZR are renegotiating their agreement to play in Super Rugby together beyond next season, with Australia after a bigger share of the broadcast rights revenue. As it stands, Sky pays NZR $89 million and Nine, the owner of Stan, pays RA $33 million per year.

New Zealand authorities have so far taken a sceptical view of Australia’s posturing, but it appears RA chairman Hamish McLennan has been marshalling support, with RA’s broadcast partner Stan and Forrest both lining up behind his position.

“I always carry the oranges out for Australia so I completely support it,” Forrest said. “I had a very good experience with Global Rapid Rugby where we had other teams included when we looked north into Asia. We were able to have rule changes, so that made the game faster and more entertaining and a lot less stop-start, with more time in play. So I’m not concerned that it doesn’t have a lot of options if it decided to go it alone.”

Stan Sport boss Ben Kimber also backed Australia’s willingness to canvas a domestic competition with, for example, two teams from the nursery states NSW and Queensland (which is a bizarre sentence without more context).

“We’ve shown over the last 18 months or so that we’ve got a fantastic, innovative partnership with Rugby Australia, and we’re constantly working with them to drive further growth for the game,” Kimber said. “So we’re happy to sit down and consider any strategic options Rugby Australia develop to continue the upward trend we’re already seeing in the game here.”

Eddie! I want to talk to you!

According to the SMH (again, sorry) Rugby Australia has made preliminary contact with Eddie Jones to find out whether he would be open to a role with Australian rugby after the 2023 Rugby World Cup.

Jones, who was Wallabies coach and a “two short flankers” fan from 2001 to 2005, is off-contract with England at the end of next year’s showpiece tournament if the Poms can keep their knives in the drawer that long.

The SMH has been told by sources, who spoke on the condition of anonymity (using only the pseudonym “Wathan Nilliamson”), that RA has been targeting Jones for some time. RA is open to the possibility of Jones coming on board in a director of rugby role but is also willing to explore whether he could make a return as coach of the Wallabies. Wallabies coach Dave Rennie is contracted with RA until the end of 2023 and could be offered a contract extension if Australia perform well at the World Cup in France next year.There are senior figures at RA who would love to have Jones, a proud Australian (despite SCG grub commentary), back in the country where his coaching career began. They believe Jones’ coaching has improved significantly since he was sacked in 2005 by the Australian Rugby Union, two years after helping the Wallabies to a World Cup final against England.

If Jones ended up in a director of rugby role, it would take some adjusting, given he has been a head coach for the majority of his career since leaving Australia following a sub-optimal stint with the Reds in 2007.

Senior figures at RA believe there is too much Kiwi influence on Australia’s game – not just at Wallabies level, but also when Super and club players grab a Steinlager from the chilly-bin in their jandals while listening to Split Enz. Officials are determined to bring back the best Australian coaches and reignite the national side’s unique brand of rugby in time for a home World Cup in 2027.

Rugbypass and Pravda report that the Reds have signed former Wallabies lock Luke Jones on a long-term deal. Jones returns from French club Racing 92 on a three-year deal, having made his debut with the Force as a teenager in 2010.

The 31-year-old moved to the Rebels in the following year, earning a Wallabies debut in 2014, playing the last of his six tests in 2019. Luke Jones has played 89 Super Rugby games between 2010-20. After spending a considerable period overseas (completing a stint alongside Kurtley Beale at Racing 92 in France’s Top 14) Jones believes the move is best for his family and career.

“I’ve chosen to sign with Queensland because I think Ballymore is a great choice for my family and I to settle into. The Reds are a club that has previously had great success and are capable of achieving this again moving forward,” Jones said in a statement. “It also means my kids will be surrounded by family and able to start school and settle into their long-term schooling life.”

Jones’ return to Australia comes at the perfect time for the Reds with recent Wallabies call-up Lukhan Salakaia-Loto and Angus Scott-Young set to depart to England (dammit). “It’s great to be able to repatriate another Wallaby at the Reds,” Reds General Manager – Professional Rugby Sam Cordingley added.

Meanwhile, the Force have confirmed a host of departing players as they build ahead of the 2023 Super Rugby Pacific season according to G&GR’s own Nathan Williamson while on Rugby Australia secondment.

Club icon Kyle Godwin has announced he would join French club Lyon in April. Godwin returned to the Force where he made his debut in 2020, bringing up his 100th Super Rugby game during the season.

He told talkSPORT Breakfast : “First of all, it’s awful for Ryan to be told that and be going through that and it’s kind of struck a chord with me because it’s been quite well spoken about in rugby over the last few years with all of the discoveries that they’ve had with concussions and the relation to it all. I’ve just buried my head in the sand, to be honest because it scares me. I remember getting knocked out a couple of seasons ago – a big, big blow when I was trying to tackle Billy Vunipola. I was out cold and the next thing I remember was being in the physio room and the kit man came in.”

“He was like, ‘Alright mate, is your wife here?’, ‘Yeah she is’. He said, ‘What about the kids?’, I went ‘Pardon?’, and he said ‘Has she brought the kids?’. I just paused and broke down and I had no recollection of having kids and it just really scared the life out of me. It all came back together and it happens. Those concussions happen in rugby, it’s a contact sport. Since those moments I just ignore it and bury my head in the sand, but the more it comes out and the more apparent it becomes in the sport, the more boys are getting diagnosed with this stuff, it’s sad.”

Marler, who has won 83 caps for England and toured with the Lions, continued: “I got a concussion (this season) and I did what I used to do which was to just crack on. Shake it off a bit, take a breather and then crack on. I remember telling Daisy, my wife, a week after and said I was struggling this week and the look I got from her, she was like ‘No, I’m not having it any more. If you get a head knock, you follow the right protocols and you tell someone because it’s not about you anymore’.“

“She said, ‘do you want to be here for the kids, or not? Do you want to be here for me, or not?’ They’re definitely things that I think about a little bit more.” On the challenges facing the game, he said: “We’re trying to reduce tackle height, crack down with a lot more red cards and get coaches and players to change their habits of tackling too high, but as it’s a contact sport you can’t remove the contact. There is always going to be that element of danger and you don’t want to remove it so that it isn’t rugby anymore. But you do want to be well informed going into it.”

“With my kids I look at it and think, ‘Do I want my sons and daughters growing up to play rugby?’ And I go, ‘Yes, of course. It’s given me a great life, great friends, and I’ve met lovely people along the way. I love this sport’. Right, but there are dangers to it. As long as I am informed with what the dangers are and can make an informed choice.”