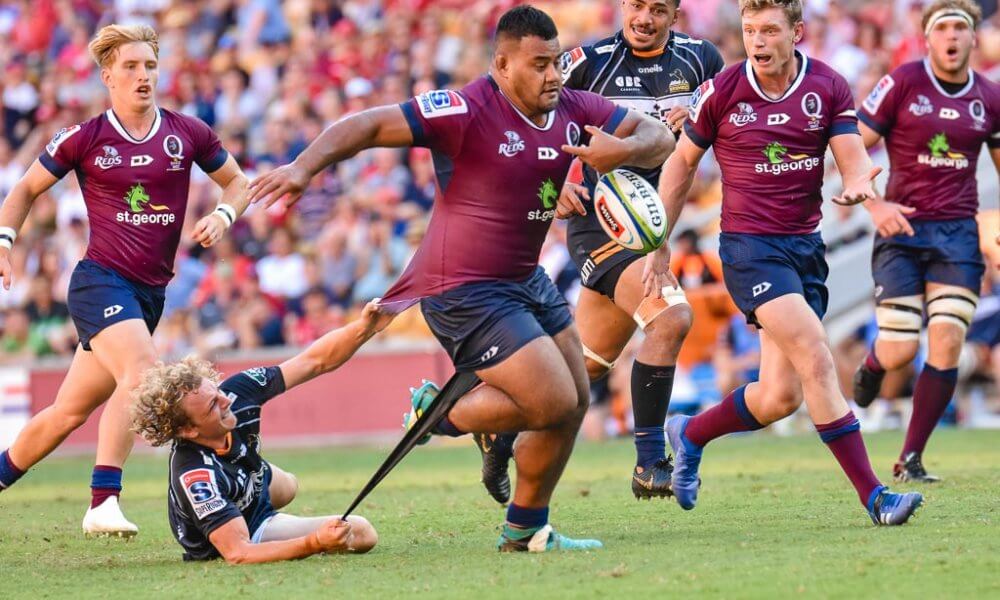 Saturday night of Super Rugby AU’s round five fixture will see the competition’s two undefeated sides come together for a hotly anticipated clash in freezing conditions in the nation’s capital. After four rounds, the Reds and the Brumbies have set the pace in the experimental competition but the Brumbies are heavy favourites, and deservedly so. What chance do the Reds have? Let’s take a look.

The Reds have come away with two wins and a draw to start the Super Rugby AU season. Even considering the abridged nature of the season, wins are wins, and the long-suffering Reds fans haven’t enjoyed many over the last few (several) seasons. The Reds’ ability to avoid losing tight games has been a hallmark of the season so far, even if it is at the expense of another Australian team’s inability to win tight games. They secured a clutch win over the Tahs in round one (32-26) thanks to the boot of James O’Connor, drew with the Rebels 18-18 after a try on the buzzer, and took a close but comfortable win over the Force 31-24 before heading into the bye last week. The young Reds side are enjoying a rare opportunity to get some wins on the board, and mature as a result. This would have gone a long way in gratifying the culture Brad Thorn has been trying to ingrain in the squad. 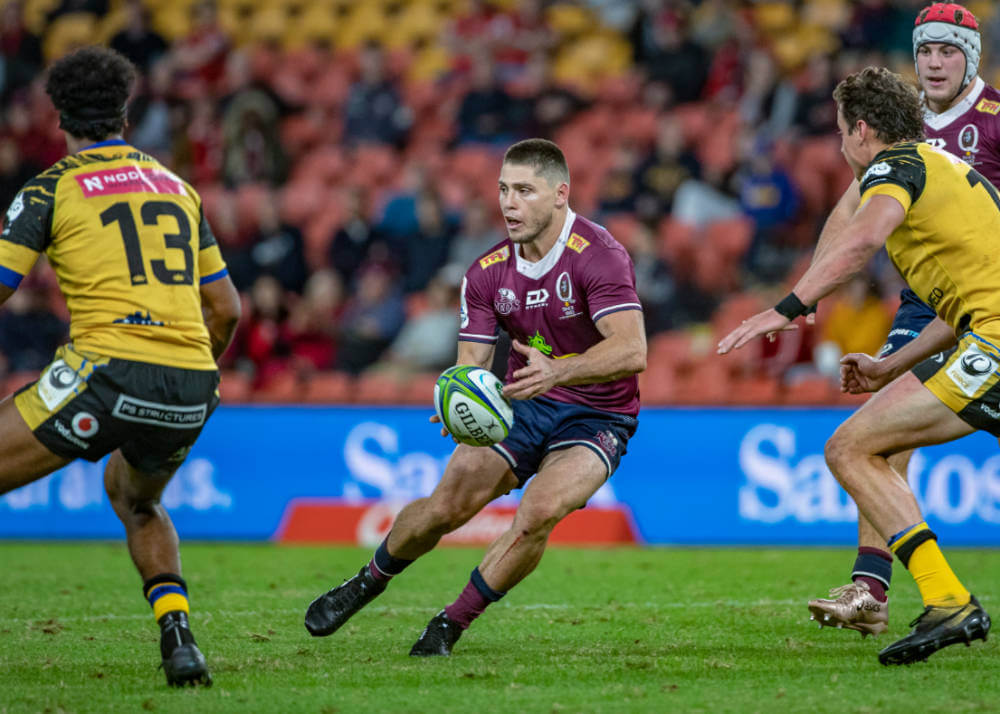 The Brumbies have been the form team of the competition so far, and so they should be. They have the strongest roster and the best coaching set-up. They cruised to a comfortable 31-23 win over the Rebels in round one but took a while to get going against the Waratahs, coming back from a 17-5 deficit to take a 24-23 win thanks to a maiden Super Rugby try for Isaak Fines and a conversion from young flyhalf Bayley Kuenzle. Last weekend they gave the Force a bit of touch up, leaving them scoreless in a 24-0 win. The Brumbies, renowned for their dour style of play, have surprised the committed fan on the stats sheet. They are leading the comp in tries and defenders beaten, but get this, they are comfortably last in kicks from hand (46; Waratahs 1st with 90) and have not kicked a penalty goal all season!

This will be the toughest match-up yet for the much-hyped young Reds backrow of Angus Scott-Young, skipper Liam Wright, and Harry Wilson. They will come up against a seasoned and in-form Brumbies trio consisting of young bull Rob Valetini, Will Miller and Wallaby, Pete Samu.

In a surprising move the Reds have demoted Fraser McReight to the bench who has impressed since coming into the starting side and is leading the competition in pilfers, preferring the size of Angus Scott-Young to match up with the Brumbies’ weight class. Harry Wilson was voted the best new talent by fans as the Australian rookie of the year when the season closed down in March and it’s not hard to see why. The 20-year-old behemoth is second in the competition in carries which is impressive considering the damage he does with the ball in hand.

There is not much to say statistics-wise for the Brumbies backrow, partly due to a lack of in-depth statistics available to the Australian rugby union punter, but also because the role of the Brumbies’ loosies is not one which shows up on the stats sheet. The role of these three will be to strangle the Reds’ ruck and maintain their competition-leading defensive efficiency against big ball carriers like Taniela Tupou and Harry Wilson. 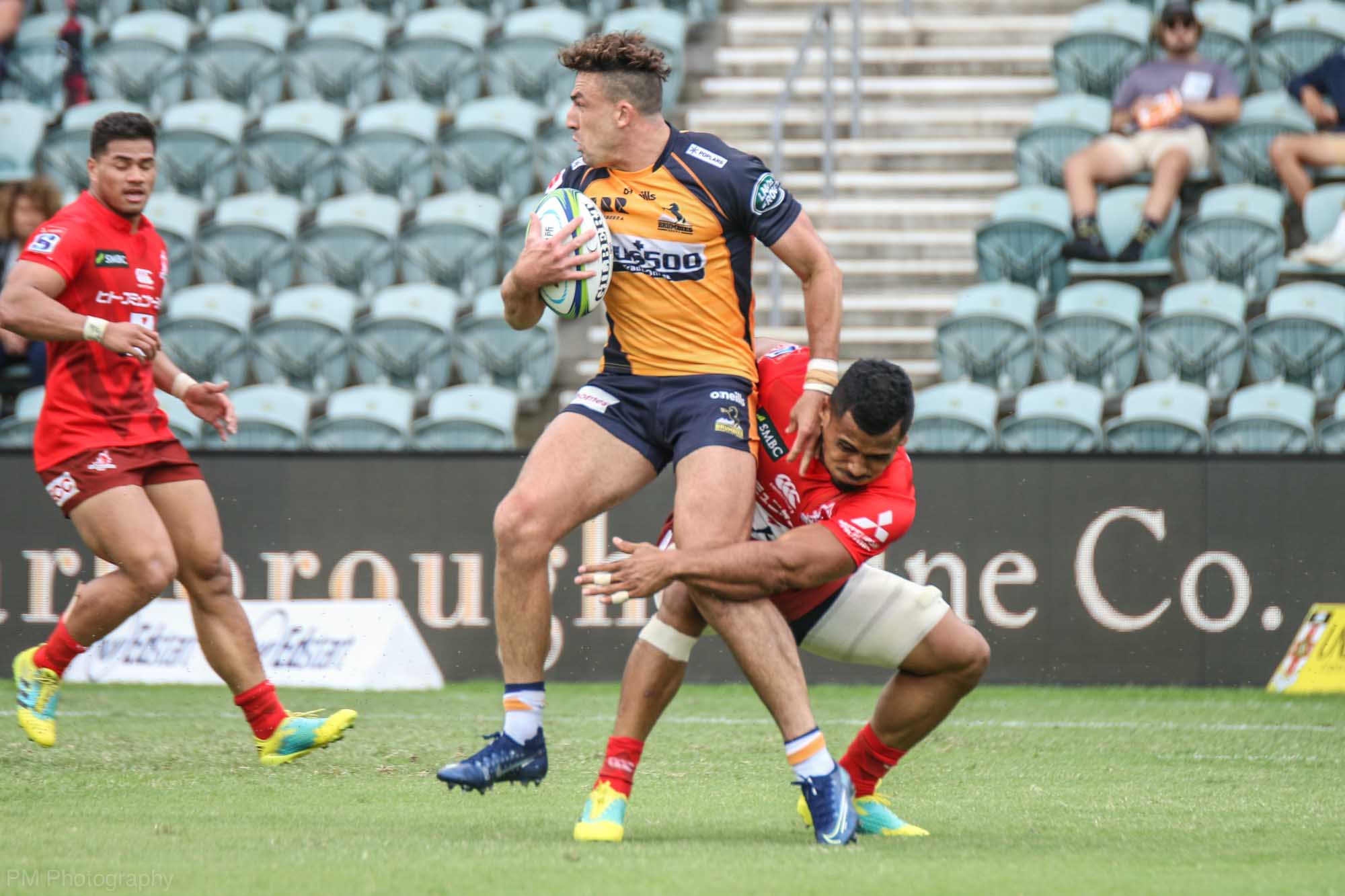 Reds: Really exciting news for Reds fans with the earlier than anticipated return of prodigy Jordan Petaia on the bench in place of Josh Flook. Dane Zander gets a run at prop with Harry Hoopert out of the side, and Angus Blyth is back in the team, shifting Angus Scott-Young to blindside flanker and Fraser McReight to the pine. Scott Malolua earns a start, swapping with Tate McDermott. The rest of the backline is unchanged.

Brumbies: Scott Sio gets back in the starting XV in a swap with James Slipper while highly-rated rookie lock Nick Frost is promoted to start with Murray Douglas out of the team. Will Miller is also promoted from the bench taking over Tom Cusack’s spot at openside. Bayley Kuenzle gets a nod at flyhalf after an impressive performance last week, with Noah Lolesio out of the side altogether. Solomone Kata is back on the wing in place of Andy Muirhead who shifts to the bench.

The Reds are definitely on the improve but the staunch Brumbies defense will smother the Reds thriving attack. The Brumbies will look to gain the ascendancy with their set-piece to piggy back up the field and advance into attacking situations where they can utilise their clinical rolling maul. Don’t expect any shots for three by the Brumbies though! Hopefully we a see some entertaining ball in hand footy, but I don’t think the Reds will be hot enough on a cold Canberra night. Brumbies by 10. 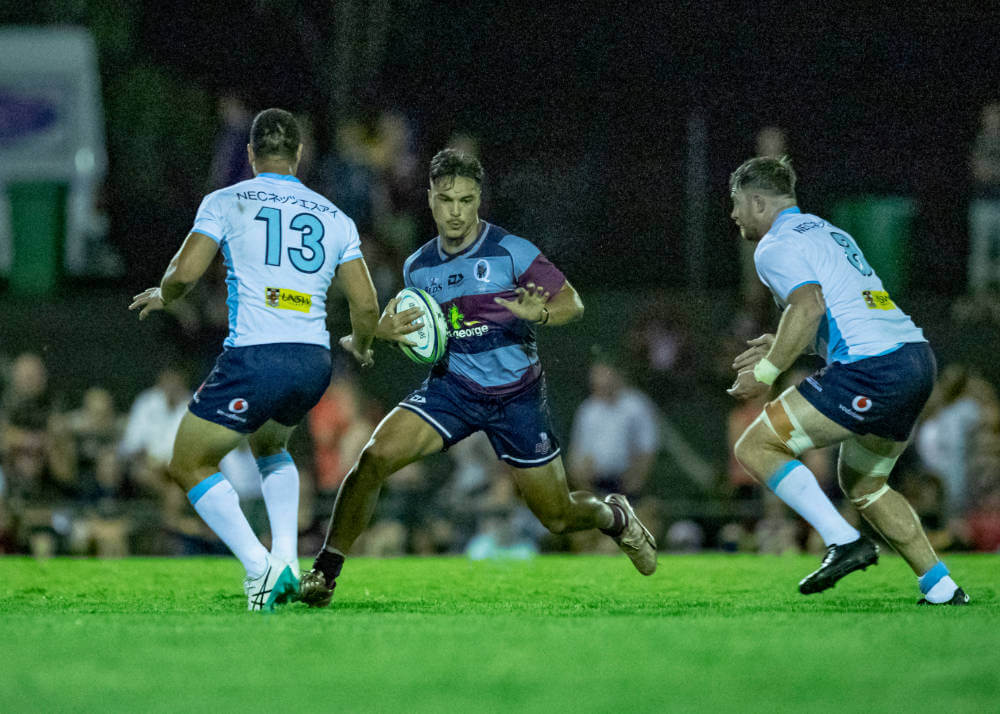 Petaia – it’s been a while (Photo Credit Brendan Hertel / QRU)