Sunwolves too strong for Rebels 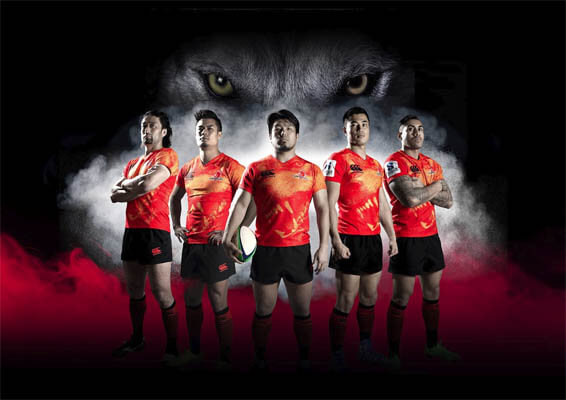 Sunwolves too strong for Rebels

The Rebels ventured to Fukuoka to kick off their celebratory tenth season in Super Rugby.

Going into the match Rebels fans would have been hopeful that the celebration will culminate in an inaugural finals campaign.

Whilst the Sunwolves started what, unfortunately, is to be their last season in Super Rugby. This is disappointing considering the impact the Rugby World Cup had in Japan. Alas the “Moondogs”, as they are affectionately known by some, was probably likely to fail from the start because the JRFU were unable to obtain the buy-in of the Top League teams (and ultimately Japan’s biggest companies). Anyway, I digress, back to the game at hand.

The story of this game was that the Sunwolves out enthused the Rebels. They were crisper in attack, were stronger in defence and were able to exploit some holes in the Rebels’ defence. Sorry Rebels fans, I know it is early, but this year it doesn’t look like the Rebels will break their finals duck either.

James Dargaville knocked on during the first carry after the kick-off. Frank Lomani ran from the back of the scrum inside the Sunwolves’ 22 finding Matt To’omua who threw an inside ball to Andrew Kellaway. Unfortunately, for the Rebels, Kellaway was isolated and his first touch in a Rebels jersey resulted in a penalty to the Sunwolves for Kellaway not releasing the ball.

For a number of minutes, both sides exchanged possession, with the Rebels losing two lineouts against their throw. The Sunwolves gained some good ground with a chip kick over the top, which went into touch 10 metres out from the Rebels line.

The Sunwolves were attacking just inside the Rebels’ half, a lovely short ball from Sunwolves’ scrumhalf Rudy Paige to winger Siosaia Fifita who gained 30 metres. The Sunwolves then took the ball from one side of the field to the other after a good run by Kotaro Yatabe. Ben Te’o threw the final pass to Keisuke Moriya, who strolled over virtually untouched to open the scoring. Five-eighth Garth April’s conversion attempt hit the upright and was unsuccessful. After ten minutes, the Sunwolves led 5 nil.

The Rebels showed their first promising signs from a lineout just inside the Sunwolves half. Lomani passed to To’omua who then found Kellaway, Kellaway stepped back inside and gained 20 metres. Dane Haylett-Petty put in a grubber kick which Marika Koroibete chased through. Fifita defused the situation five metres out from the Sunwolves’ line.

Sunwolves co-captain and former Rebel Jake Schatz was penalised for being off his feet at the ruck on his defensive 22. Matt To’omua put the Rebels on the board with a successful penalty goal.

The Rebels earned a penalty at a Sunwolves scrum and the kick for touch by Reece Hodge saw the Rebels 10 metres out. The Rebels employed their own driving maul and Anaru Rangi broke away from the maul to match his counterpart hooker’s try. To’omua’s conversion missed and the Sunwolves were leading 12 – 8.

A box kick from Lomani that went on the full gave the Sunwolves good field position. From the line out on the right wing on the 22. A brilliant long ball by Keisuke Moriya to left winger Tautalatasi Tasi, saw Tasi run 25 metres down the wing to score. April converted from the sideline to give the Sunwolves a 19-8 lead.

Isi Naisarani earned a penalty for the Rebels with strength over a defensive ruck. After a sloppy line out, good runs from Angus Cottrell, Reece Hodge and Matt Philip gave the Rebels some momentum. Then strength from Billy Meakes to stand in the tackle and offload to captain Dane Haylett-Petty for Haylett-Petty to score. To’omua’s conversion hit the upright and the Sunwolves lead was 19 to 13.

Garth April added a penalty goal to make the score 22 – 13. With the Rebels attacking five metres out Matt Philip was penalised for illegally taking a Sunwolf out at the ruck.  Half time Sunwolves were leading 22 – 13.

There was a high octane start to the second half. Rob Leota, To’omua, Meakes and Haylett-Petty were involved in spreading the ball to the right wing to Andrew Kellaway. Kellaway put in a chip and chase that looked dangerous for the Sunwolves. James Dargaville had other ideas, collecting the ball on the wing, being too quick for Cottrell and running 55 metres down the wing for another Sunwolves’ try. April added the extras to extend the lead to 29 – 13.

The Sunwolves won a penalty at a scrum but didn’t find touch. Marika Koroibete put in his application to be a circus acrobat with a mid-air dive, catch and threw the ball back into play. Then a lovely short ball by To’omua put Koroibete through a gap and Koroibete gained 30 metres but Philip was penalised at the next breakdown for not releasing the ball.

Mike Stolberg stole twenty metres from the Rebels with a good run and offload to Adams. Moriya put through an exquisite grubber kick and Kellaway was forced to take the ball back over the try line. Garth April blew through the Rebels defence after the resulting scrum and April added the extras to make the score 36 to 13.

The Rebels were then penalised for being in front of the kicker at the restart. A short time later the Rebels had another scrappy lineout. However, To’omua ran onto the loose ball with momentum, passing to Hodge. The ball then went from Hodge to Haylett-Petty and then to Kellaway. Kellaway then kicked the ball through, resulting in a 50 metre gain for the Rebels and Kellaway was able to get onto the ball and score what looked like his first try for the Rebels. The TMO checked the Haylett-Petty pass to Kellaway and adjudged that the ball went backwards out of the hands. I wouldn’t have been surprised if the try was disallowed. To’omua added the conversion to get the score back to 36 to 20 with 66 minutes gone.

After struggling to gain ground after twelve phases following a lineout on the Sunwolves’ 22, persistence paid off for the Rebels. A good run from Naisarani and offload to Hardwick resulted in Hardwick offloading to Andrew Deegan who scored his first Super Rugby try. Hodge drop kicked the extras to reduce the margin to 36 to 27 with less than five minutes left.

Haylett-Petty, Koroibete and Kellaway made good runs for the Rebels. However, they all amounted to nothing as the Rebels tried to push passes due to scoreboard pressure.

The Sunwolves recorded their first win over the Rebels in their history, winning 36 to 27.

Shortly after half time, James Dargaville collected an Andrew Kellaway kick and ran 55 metres to extend the Sunwolves lead to 29 – 13.

The Sunwolves were very good as a team. There were no real standouts. Garth April, Rudy Paige, Mike Stolberg, Keisuke Moriya, Ben Te’o and Jada Bregvadze were among the better performers. I will lean towards Keisuke Moriya.

Haylett-Petty and Naisarani were the best Wallabies. Haylett-Petty made a number of good runs. Naisarani also made some good runs and a couple of important defensive plays. John Eales’ medallist Marika Koroibete made his presence felt in the second half but was virtually invisible in the first half. Matt To’omua was involved in some good play but did not assert himself on the match enough and I would question if his best position is 10.