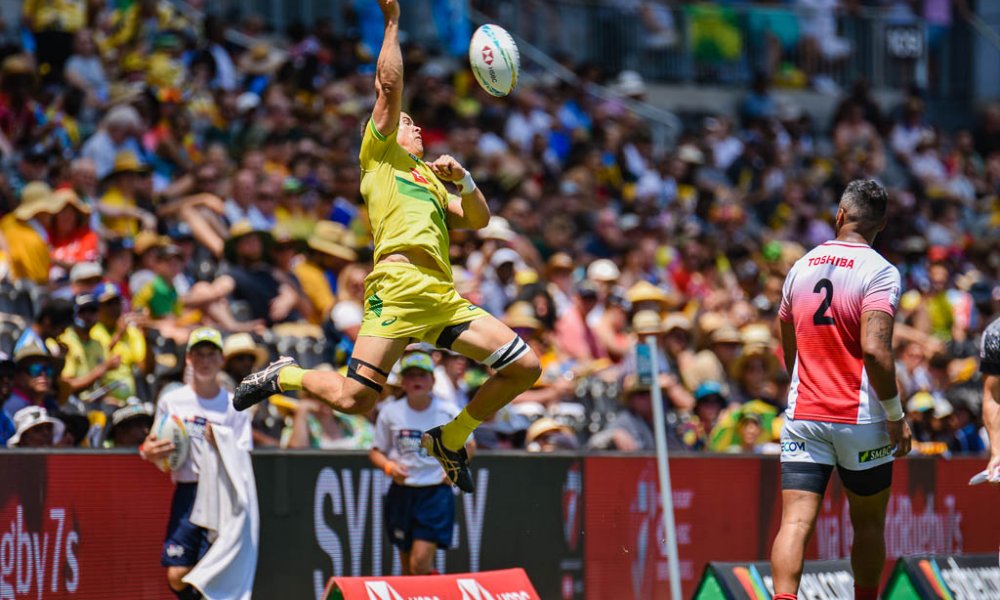 A scorching hot day in Sydney for Day 1 of the Sydney Sevens tournament at Parramatta’s BankWest Stadium.

Both Aussie teams off to a good start with comfortable wins in all their Saturday Pool Games – if it’s possible to be comfortable in 44 degree heat.

Charlotte Caslick scored with her first touch, and scored a double along with Ellia Green 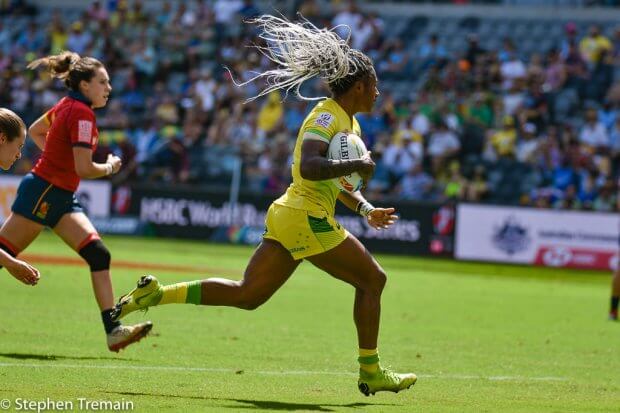 The Caslick show continued, with a hat-trick against Ireland , while Green was used sparingly in the heat. 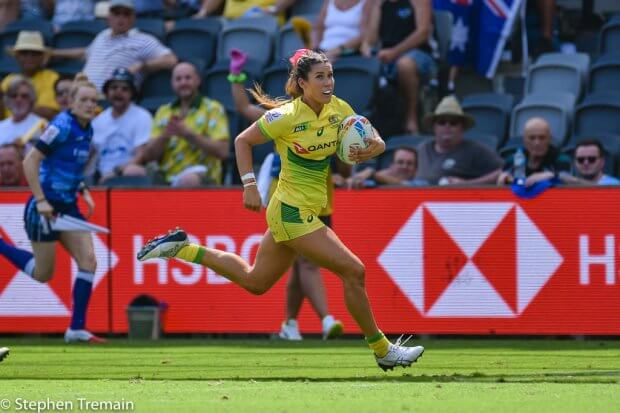 Trae Williams ((‘Quadzilla’) showed some good touches, but we are yet to see him with room to move 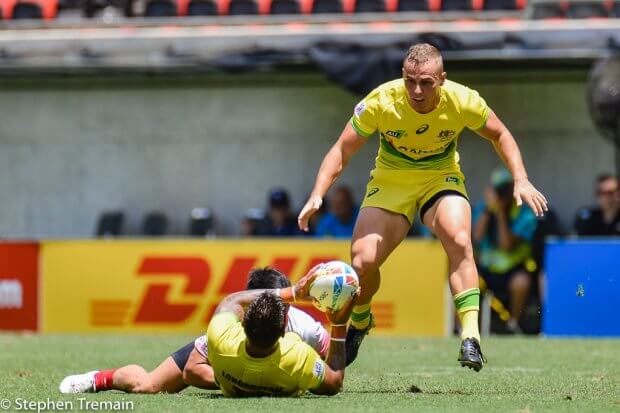 The Aussies survived 2 yellow cards to see off Scotland, and setup a qulaifying play-off with USA tomorrow