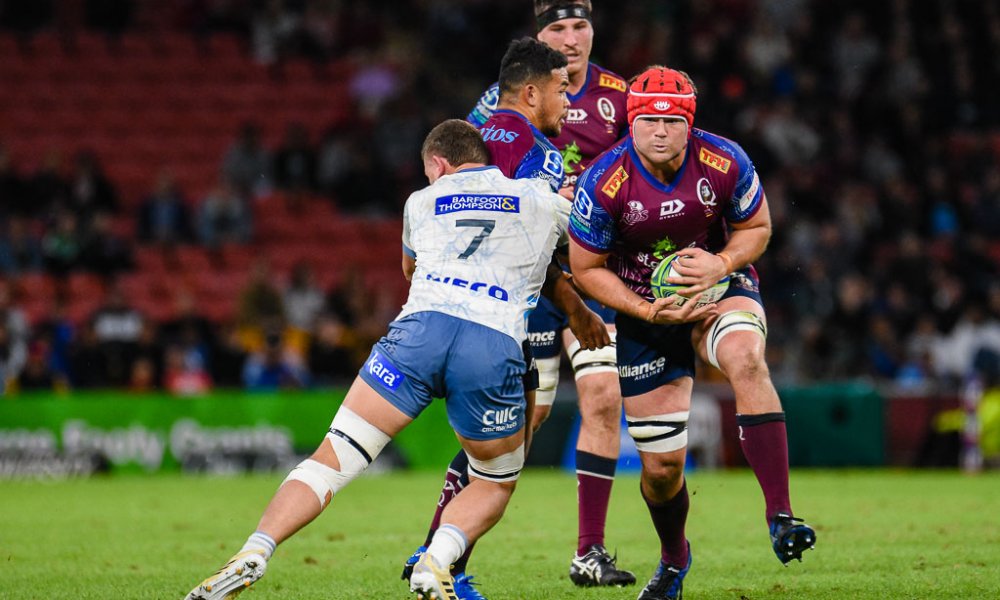 The late injury to James O’Connor threw the Reds back line into disarray. Bryce Hegarty moved into Fly half and the rumour was Hamish Stewart would trot out in the 15 jersey. But wait, there’s more. Bryce Hegarty did his hammy and Hamish Stewart was the new, new fly half while, 19-year-old, Mac Grealy debuted at fullback. 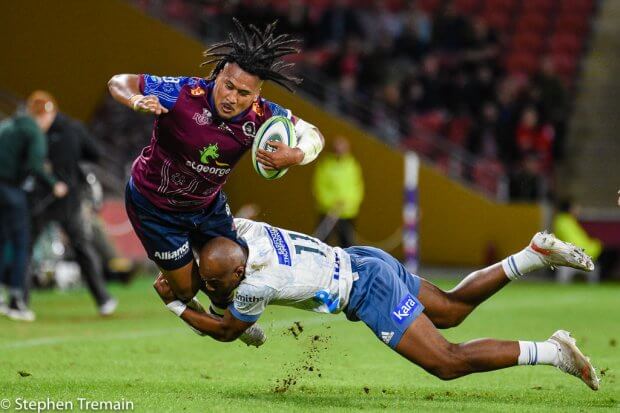 Despite the disruptions, the Reds were surprisingly coherent for most of the opening stanza. I guess it’s a sign of a good coaching set up when players slot in without much problem.

The blues kicked an early penalty, but the Reds scored the first try when Hunter Paisami threw a beautiful short pass, that was probably forward, to Harry Wilson who hit the gap at speed and scored close to the posts.

The blues used their power and size to score next. Brandon Paenga-Amosa was sin binned for dropping a maul, and it played a part in both of the Blues tries. For the first try, Dalton Papalii dived over after sustained pressure off a lineout drive. For the second BPA’s replacement Josh Nasser misread the play and Blues winger Mark Telea strolled through for the seven pointer. The score at half-time was 17-7 to the Blues

The Reds started the second half badly, losing their first two linouts and gifted the Blues possession and territory. They used it to score almost immediately.

BPA was having a Jekyll and Hyde night. One second doing something brilliant and next something terrible. His try got the Reds back within striking distance, but the blues struck straight back to lead 31-14.

At the 70th minutes the Reds scored again through a cross field kick to Filipo Daugunu who despite the close marking of three Blues players, somehow went over untouched to give the Reds a sniff at 31-21.

The Reds kicked a long range penalty to get within seven points, but neither team threatened the line again. 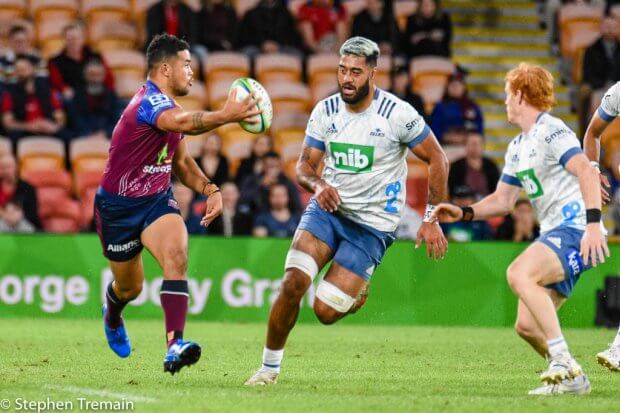 BPA’s yellow card was definitely changed the game. The 14 points scored while he was off was more than the difference in the final scores.

Harry Wilson is in rare form. He gets the gong.

Lukhan Salakaia-Loto put in a huge effort once again. Liam Wright was good. Isaac Henry made metres constantly, he’s one to watch. Hunter Paisami is a wallaby centre, not a doubt in my mind. 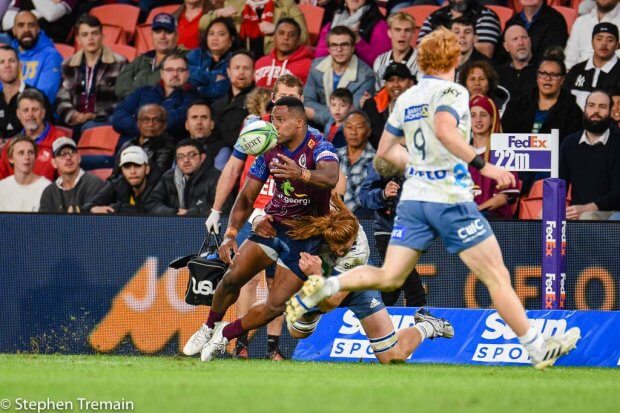