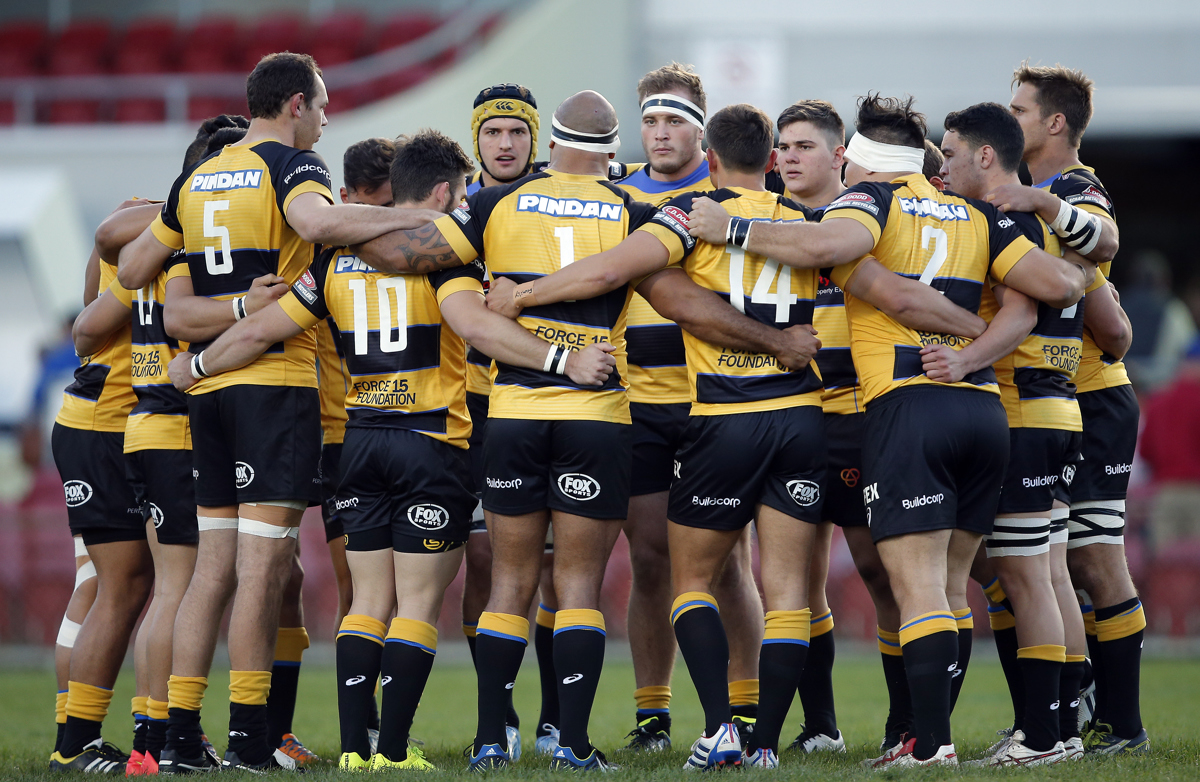 It’s back!! Let us repeat that…IT’S BACK! NRC 2016 and the mighty Property Powerhouse Perth Spirit!

The local Perth rugby competition wrapped up over the weekend, allowing rugby fans to shift their complete focus onto the Perth Spirit, and the opening game of the competition to be played at home (UWA Sports Park).

With the scoring system being adjusted  to run in a 6-2-2-2 format (6 point tries and all kicks worth 2) expect to see plenty of attacking rugby being played throughout the competition. We should also see a reduction in the fear of infringing in the defensive 22 – allowing for more set piece attack platforms being set in these areas of the field as teams push for tries.

The Perth Spirit has spent the last 2 seasons playing fantastic rugby in some matches and battling for consistency in others, and this possibly stems from playing a largely settled squad in 2014 and the biggest squad in the 2015 competition – travelling with certain players and rotating others from match to match.

This season sees another quality squad coming together.

2016 sees the 3rd coach in as many seasons taking the helm at the Spirit. Dwayne Nestor is the head coach taking over from Tai McIsaac as he cut short his 3yr deal at the close of the 2015 competition.

Dwayne heads part of the elite pathways within the RugbyWA setup and has been the head coach of the 2016 Western Force u20 and the 2016 10s World Champions Western Force team.

Flanking Dwayne, will be Kevin Foote and Elwee Prinsloo in the assistant coaching roles. Kevin returns to the Spirit this season after he and David Wessels steered the Spirit squad to the final of the 2014 NRC season. Elwee has been a part of the coaching set up since the inception of the NRC in 2014 as an assistant in the coaches’ box.

My hope is that the intent is to instil a game plan where rugby is played in its purest form – at frenetic pace, with plenty of ball movement, a venomous attack and guard dog defense.

This Saturdays opening game of the NRC, at home in Perth will give us an early look. Ian Prior – one of three quality scrumhalves in the Spirit squad.

Leading the boys out on the field is Heath Tessman for the second season in a row, backed up with the standout players from the 2015 season, Ian Prior and NRC player of the competition, Jono Lance.

Looking through the squad, there are a lot of younger players with some experienced heads steering the Spirit, into what can only be finals contention this year and a chance to bring home the “toaster”. There’s plenty of talent through the squad but here are a couple of stand outs.

Mees Erasmus, the angry young prop from the World 10s competition, who managed to explain the principles of inverted gravity to an opposition player, while hightailing it to the try line.

Shambeckler Vui, Aus u20s representative showing the world the quickest way to get your team 5pts up is to smash through everything in front of you.

Harry Scobles, another youngster who made his Western Force debut this year, nailing his lineout throw and scoring a rumbling try in his first match.

We’ve also got arguably the best scrumhalf depth in the NRC in Prior (almost 100% off the tee in the 2015 comp), Louwrens and Ruru.

Then there is potentially the next Wallaby 10, a player looking to take on the defense with ball in hand and never shirking the defensive responsibilities on the field, part of the 2016 Spirit leadership group, NRC player of the 2015 season…Jono Lance.  As you work your way through the list, the excitement increases, which is great as it is all less than a week away!

Property Powerhouse Perth Spirit have taken the HUGE step in opening up the hill at the UWA playing fields for free entry for all home games…which fits nicely with my family motto of “if its free, I’ll take 2!”.

So grab any rugby fan, and few heathens that need a rugby education, get to the McGillivray Oval – and #FILLTHEHILL for the season opener. 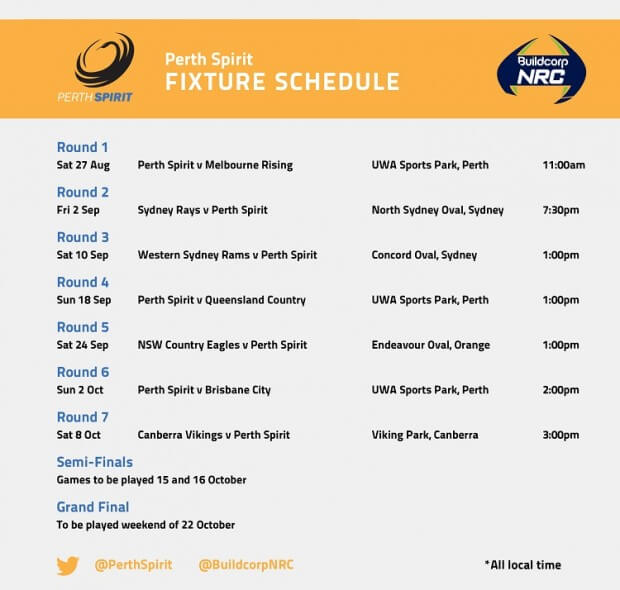 Playing the Final at home in Perth, Western Australia! We’ll leave the result prediction for the Grand Final Preview.