Continuing the continuum of a Frontie now considering the Fairies; meandering among the inexplicable…

This week we contemplate the guy called First Five, Five Eight, Fly Half, Outside Half or any one of a plethora of idiotic, nonsensical names that have little in-common with each other then conjoined to mean even less. What this confirms is that no one really knows, cares or comprehends what the guy who wears No10 is there for.

Personally I prefer the term Standoff because I find them, well, standoffish.

Positioned next in the backline after the No9, the Standoff has the 2nd highest touch-count in the team. Given Standoffs generally lack the nimble elusiveness of 9’s this means they are also the most late-tackled player on the pitch and as-such often develop a predilection towards concussions.

And that is good. They deserve it. 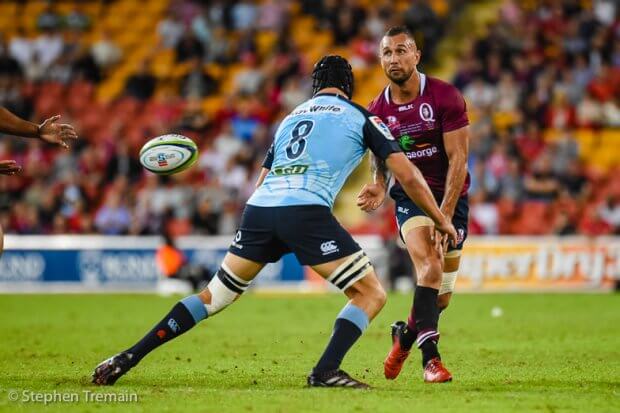 They deserve it because Standoffs are clearly scholars as demonstrated by their endless espousing on scrums, lineout technique, tackling, cleaning-out and generally all things good in rugby. What’s wonderous is that these deeply intellectual insights result from complete distance-based objective surveillance as they certainly wouldn’t foul their data or dirty their kit by actually doing any of it themselves.

In-fact their devotion to puritanical observance on non-involvement is worthy of accolade given the lengths they undertake on-field to actively avoid anything remotely physical. So, in the all-pervading manner of the Force to bring balance and order to the universe, the Rugby Gods frequent temporary blindness on Refs and late-tackles by Flankers and thereby visit concussion on Standoffs to bring their apparent intellectual superiority back down to that of a philosophising potato.

So if there was ever any doubt, be-advised that late-tackling a Standoff should actually be celebrated as undertaking God’s work. And this is good. They deserve it.

Not content with attracting late-tackles from opponents, Standoffs post-game Pub chat is generally explaining to the centres the 56 reasons why they haven’t passed them a ball for the past 7 matches but rather kicked everything away instead. This only adds to the cumulative desire to late-tackle the Standoff. Only now it’s his own teammates hunting him.

Again, this is good. They deserve it.

All this late-tackling makes Standoffs fragile and a bit high-strung. As-such they tend to throw temper tantrums (anyone else remember David Knox v All Blacks?) and frequently consider themselves emotionally ill prepared to do pre-season, warm-ups, recovery sessions, a shift on the Under 10’s BBQ or anything that may vaguely involve even a theoretical risk of breaking a sweat. This then gives you reason to remember the lazy bastard and late tackle him in the Pub 10yrs after you retired.

Again, this is good. They still deserve it even 10yrs later.

I once questioned my opinion of Standoffs. I thought that perhaps I was ill-informed or unkind. We were at the Pub for the post-game and I saw my Standoff momentarily on his own and holding a purple, sparkly drink in a tall glass.

I said ‘Hey’ before realising I had absolutely nothing else to say to him. So I asked him what the drink was. He called it a Fruit Tingle. I looked around and asked if his missus was in the toilets. He sipped the drink, looked at me in baffled distaste and said he didn’t bring a missus.

That was 1994. I haven’t bothered speaking with a Standoff since.

Un-Australian Activities
Weight for age in junior rugby – what’s it all mean?