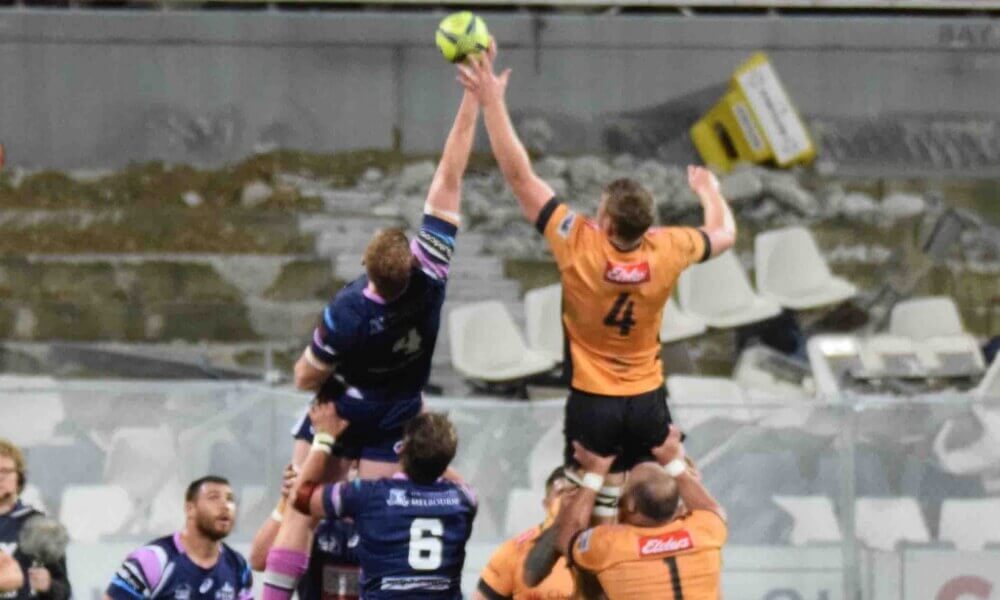 With the bye next week the Melbourne Rising would be looking to end their season on a high. The Country Eagles are chasing a bonus point win with a finals berth still up for grabs.

Unfortunately, I’ve written this review from the Fox Sports replay as I was unable to attend the game. Thanks to some technical difficulties, we join the action just shy of the 28-minute mark with Country leading seven points to five.

Apparently, Brandon Paenga-Amosa opened the scoring after seven minutes with a try from a driving maul. The Rising got onto the board with a try to Jack Maddocks, Jack McGregor missed the conversion.

Shortly before half-time, Jake Gordon made a nice break from the back of a scrum. He kicked ahead and was able to regather, gaining his side around thirty metres down the right wing. The ball went through several pairs of hands before Taylor Adams threw a long, cut-out pass to Alex Gibbon on the left wing. Gibbon managed to touch down in the corner despite a desperate lunge from Henry Huchison. Adams conversion attempt was true and increased his side’s lead to 14-5.

From the restart, the Rising regained possession after a clearance kick from Country was fielded by McGregor. After a series of side to side passes, Kiti Ratu got a chance to show off his pace with a good break down the left wing. Ratu passed inside to Nic Stirzacker who almost bottled the scoring chance attempting to flick the ball back to Sione Tuipolotu. Hutchison pounced on the loose ball three metres from the try line and still had some work to do to get the ball down. McGregor converted from almost in front to make the score 12-14 at the break.

The second half started with some exciting play from the Country Eagles ending with a try saving tackle by Maddocks, denying Gibbon his second for the day.

After a breakdown turnover from Ikapote Tupai and a clever box kick from Stirzacker, the Rising hammered away at the Country tryline for several minutes before McGregor found Ratu with a long pass. Ratu managed to run the ball closer to the posts before touching down. McGregor’s conversion saw the Rising take the lead 19-14.

With the Rising on the attack again, a terrible pass from Stirzacker to no one was scooped up by Sebastian Wileman. The Eagles kept the ball alive making several offloads before the hard running Wileman finished off the move he started 70 metres downfield. Adams made no mistake with the conversion to regain the lead just inside the hour mark, 21-19.

Three minutes later, Alex Gibbon earned his second try of the afternoon with a powerful surge to the line after some nice ball movement from a number of the forwards. Conversion successful – 28-19 to the Eagles.

Unfortunately, after missing the entire Super Rugby season, Alex Toolis suffered what looked like another serious neck injury needing to be taken from the field in an ambulance. Play was halted for almost 20 minutes while the medical team did their work.

Play restarted with a Rising lineout near half way. Pat McCutcheon earned his team a breakdown penalty and from the resulting lineout and maul, Paenga-Amosa broke off and passed to Jake Gordan to score. Another successful conversion by Adams saw the score out to 35-19.

At the 71 minute mark, former Wallaby and foundation Rebel, Adam Freier came on to the field to make his NRC debut for the Eagles. Moments later, Freier scored his maiden NRC try from the back of a driving maul. Obviously still reeling from the bone-rattling hit he had just received from Angelo Leaupepe, Adams missed the conversion, 40-19 to the Eagles.

Tom Staniforth ripped the ball away from Vaauli Fa’amausili just inside the Eagles half. Kyle Godwin kicked into open space and the ball bounced in to the arms of Alex Gibbon to score his third try and the Eagles seventh. Adams converted successfully to extend the lead to the final score of 47-19.

The Rising would be disappointed that they once again failed to play out eighty minutes after being well in the game after sixty minutes. The NSW Country Eagles would be very pleased with their afternoon’s work, earning a bonus point after putting on 33 unanswered points in the last 25 minutes.

Embed from Getty Images
A strong game from Andrew Kellaway

The wild pass from Nic Stirzacker that led to an Eagles try against the run of play completely changed the momentum of the game and started a run of five unanswered tries.

It was hard to pick one individual from the Eagles in a very good team effort, particularly in the second half. For his accurate goal kicking, creative passing and hard running with the ball in hand, the G&GR MOTM is Eagles Fly Half, Taylor Adams.

Jack Maddocks, Emmanuel Latu-Meafau, and Rob Leota all had good moments, Kiti Ratu looked dangerous every time he touched the ball. For the Eagles, Brandon Paenga-Amosa and Rohan O’Regan were very solid. Alex Gibbon had a blinder with his three tries. Kyle Godwin and Andrew Kellaway also deserve a mention, both looking good in the NRC.