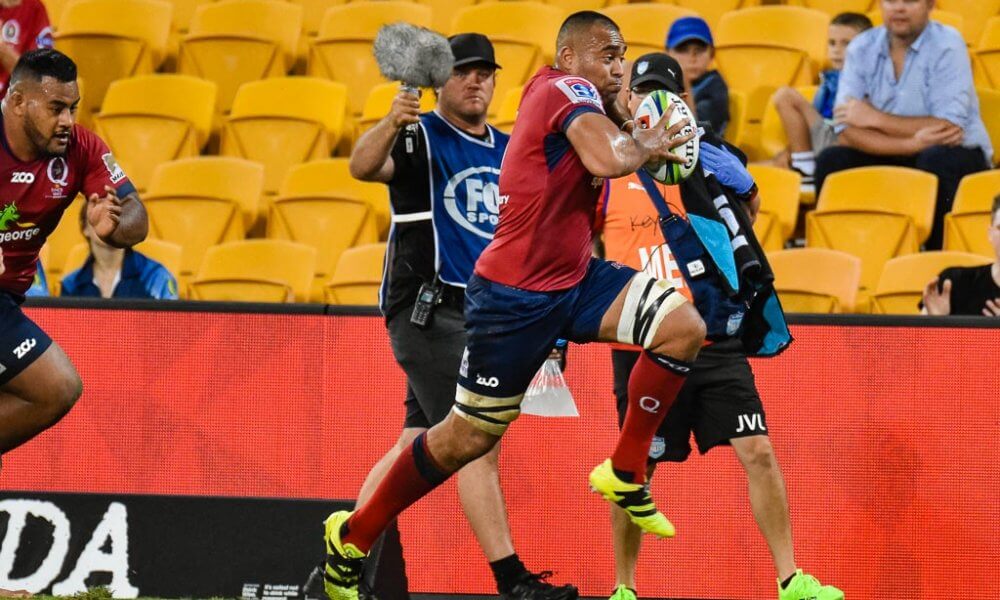 One of the crazy things that happens in Super Rugby is this road trip. Fly from Australia to Argentina, play some footy, fly from Argentina to South Africa, play some footy, fly from South Africa to Australia. That’s a tough trip without all the stuff that comes with playing a sport at a high level. Waiting for them on the first leg is a team who have slept in their own beds for a couple of weeks and who also smashed the Reds old foe, the Waratahs last weekend. The Reds aren’t sporting a lightweight clone like back five in their forward pack and won’t surrender the gain line as easily as the Tahs did. The Jaguares will try to continue the high paced offload game while the Reds will do their best to snuff that out with good tackling and a organised defence. 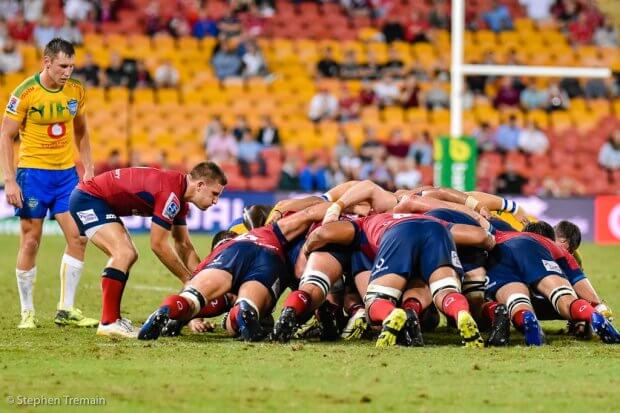 Reds scrum was a weapon

The Reds have turned their scrum into a weapon this season, claiming thirteen penalties from just three matches. The most pleasing part of the Reds scrum is the improvement shown each week. It started with a seven man (sometimes six) man effort that held it’s own against the Rebels and went to a dominant display over the Brumbies to pushing a pack of big South Africans around the park. The Jaguares scrum is no rable either. A 95 percent win rate is nothing to sneeze at. But it’s also not the force it once was. The young Reds pack should dominate here. 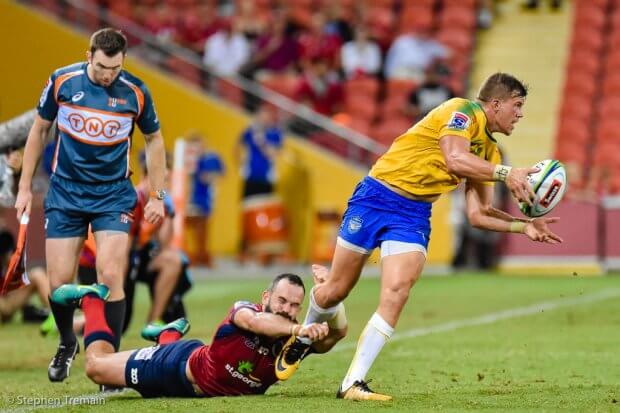 Bulls player gets the pass away, as Jono Lance holds on to a shoelace

The Jaguares have turned the offload and support play into a fine art. When it works it’s beautiful to watch, when it doesn’t it’s a dog’s breakfast. it relies on getting over the gain line and passing to a player already behind the defence. The Reds tend to bend the line and set up a ruck to continue play. That all takes time that the Jag’s just skip. If the Reds want to control the Jaguares here they will need to put them on the ground and tie up the ball to stop the offload. There is a slim line between slowing the ball and leaking penalties for taking too long. The Reds will need to thread this needle all day long.

The battle for field postion 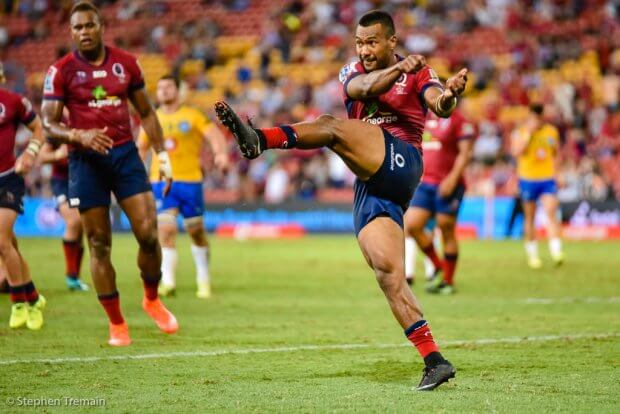 While the Reds rebuild their game field position becomes essential. The Jaguares are much further down the road in game development while the Reds are just starting to build some attack on top of the solid set piece and defence they’ve worked on in the offseason. While the Argentinian’s can score long-range tries, the Reds more often than not need to be in the right part of the field to get over the line. Both Jono Lance and Aiden Toua will need to be on song with the boot to keep the Reds at the right end of the park.

Most punters have written the Reds off on this one, but the players may be too young to listen to the press or pay attention to reputations. If the Jaguares click again it could get ugly, if the Reds click they could scrape in.

Friday’s Rugby News
Preview – Are The Rebels a Force?