Following from my article yesterday we come to the complicated bit. Many fans have talked about numerous ideas, from reverting back to the round robin nature of Super 14, to returning to the three conference structure with more derby matches, to cutting South Africa out of the competition entirely, to taking the format back to Super 12. SANZAAR are planning to meet in February of this year before the start of the season to determine changes to the format, with most of the talks focused on recommendations made by consultants group Accenture, who suggested on cutting the number of teams down to sixteen.

Of the two teams to be considered, many have been pointing fingers at the Southern Kings and the Western Force as the teams in line to be cut. While many have also put a case for the Sunwolves to be cut, I definitely don’t see that happening in the short-term, especially given the potential the club has as being a financial springboard for SANZAAR into the Asian Market. So, if this is indeed what SANZAAR is considering, let’s examine the cases for the Kings and Force:

The Case of The Kings 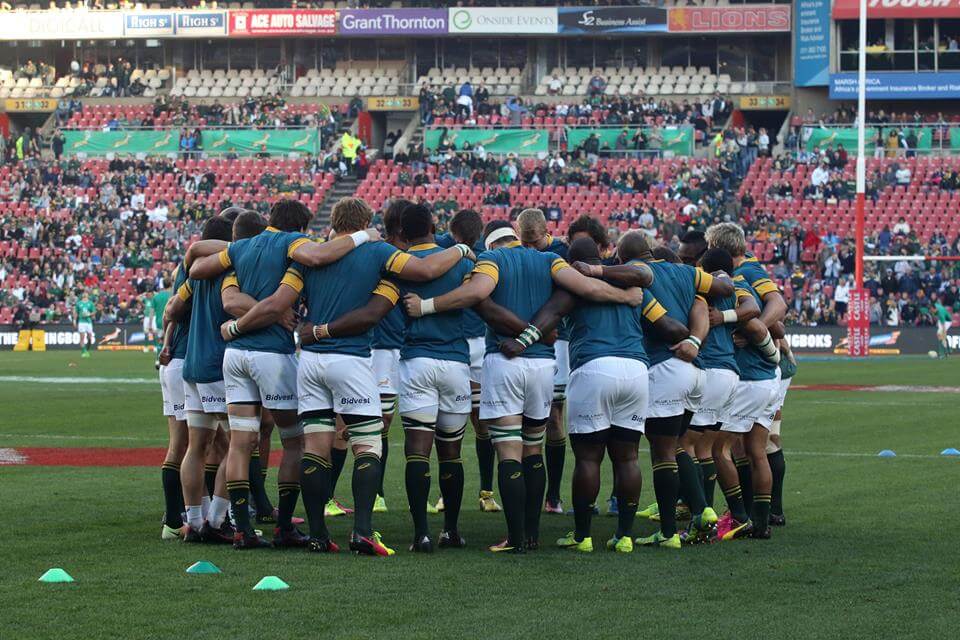 The Kings record at Super Rugby does not make for pretty viewing. Over their two seasons, they have amassed a paltry five wins, and have consistently had some of the worst defence in the competition. In 2016, they conceded the largest number of points and have the largest points differential in the competitions history, at -402. In nine of their matches last year, the Kings lost by a point margin greater than thirty. Adding to their woeful on-field performances, the fan base of the club has been dwindling quickly over the 2016 Super Rugby season. The club averaged crowds of only 5,000 per game over the whole season, easily the lowest of all the clubs in Super Rugby.

And then there’s the players: currently, only one player, Waylon Murray, in the current Kings squad has gone on to represent the Springboks, and that was ten years ago when he played for the Sharks.  As a franchise, the Kings are still to even provide a local player to the Springboks.

Not only have the Kings been consistently woeful, but their original feeder clubs: The Eastern Province Kings in the Currie Cup, and the SWD Eagles and Border Bulldogs in the former Vodacom Cup, have consistently underperformed. The Eastern Province Kings have consistently finished in the bottom two for the last four years, and, along with the Bulldogs, have been dogged by serious financial problems, which saw the club receive a rescue package from the Port Elizabeth High Court in 2015. The Kings franchise has, since November 2015, been managed by SA Rugby.

With financial instability, terrible on-field performances, and low attendances, how on earth have the Kings kept going? Well, in their defence, they haven’t really been given a chance to prove themselves, and how they go this year will probably be a telling factor as to whether they have the chops to go far in this competition. It is promising though that, judging by the upbeat attitude of coach Deon Davids, they will be more prepared this season. Honestly though, whether they go well or not, I doubt the Kings will be cut for one simple reason: politics.

Many in the Republic were vocal about the influence of racial player quotas last year in SA Rugby, and the Kings are very much part of that picture. I know, as an Aussie and an outsider on this, I am touching on a very controversial topic. Racial issues are still very much alive and well in South Africa; and the combination of politics in sport seems set to undermine the game. The Kings seem almost symbolic of what the quota is trying to achieve (opening up the game for all to play), but also of the failures of that system. At the end of the day, you need a team that can be competitive, win games, and instil pride. Given the issues in SA Rugby right now, I would ask, will the Kings honestly help the rugby cause in South Africa? Or is it doing more harm than good?

Verdict: There isn’t many points in favour of keeping the Kings in currently. Quite honestly, it’s do or die for them. If they underperform again in 2017, I would argue that the Kings should be out.

The Case of the Western Force

I’ll start off by being honest: to many who read G&GR, it’s no secret I have been an avid supporter of keeping the Western Force for a long time. But I won’t deny the Force have struggled, especially over the last two seasons. They also have amassed a poor 5 wins and, after 11 years of financial self-support, were (similarly to the Kings) taken over by the ARU near the end of last season. Performance and profit are the order of the day in Super Rugby, and the Force certainly have not been performing on either fronts for the last few years.

But, that’s where the similarities between the Kings and Force end. While the Kings have not had the chance to show their worth in the competition, the Force have. In four of their eleven seasons, the Force have managed to equal or win more than they have lost. While that doesn’t seem impressive, by comparison, the Rebels are still to even do that, their fellow 2006 expansion club, The Cheetahs, have only done that once, and in twenty-one seasons, the Lions have only managed that five times.  It has not helped that since 2011, The Force have been managed by Richard Graham and Michael Foley, both coaches who had little success across multiple clubs at Super Rugby level. But, even when they aren’t winning, the Force have often still been competitive, with a third of their losses in the last three seasons being by less than seven points. They have always lacked that ability to finish off games: an ability dented by inadequate coaching, but also due to the travelling they have to do. 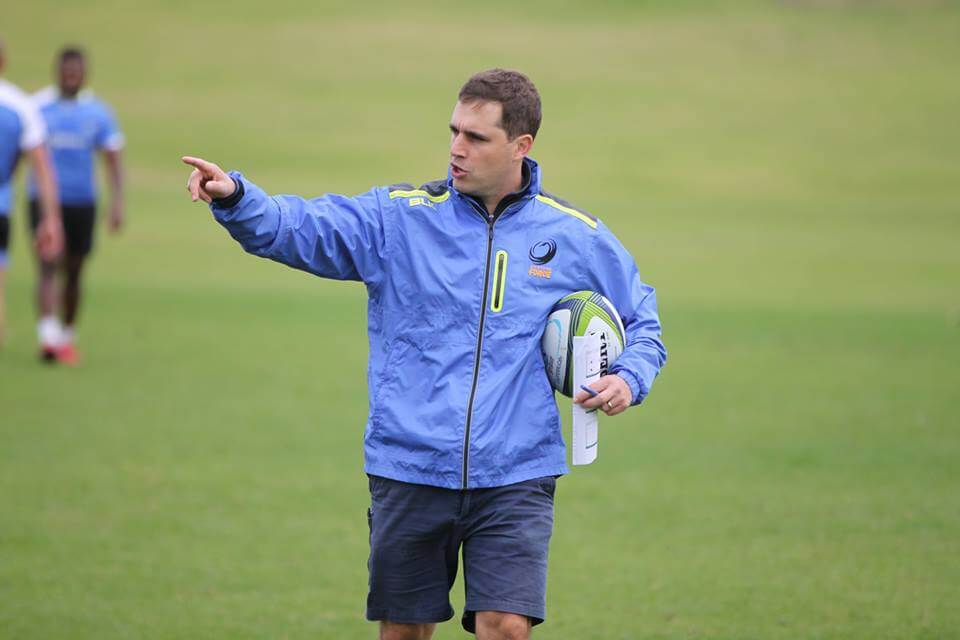 But that competitiveness remains, and that has led to the Force to having one of the most loyal fan bases in the competition, the ‘Sea of Blue.’ While fans have often complained about their inability to win, the Force have regularly averaged a turnout of over 10,000 per game last year, which is impressive considering they didn’t even win a game at home. In 2014 though (when they were winning), they regularly averaged over 15,000, a higher average than the Brumbies and Waratahs!

While the Force had a woeful regular season, the rest of the year has been a lot better. With talks of their existence on the line, I have never seen a club so determined to ensure that existence is secured. In a bid to become financially self-supporting again, the Force launched the ‘Own The Force’ campaign, which allows fans to have a stake hold in the club. This tactic has proved very successful for NFL clubs in America, and has also been for the Force, who are less than three hundred off reaching their target of 5,000 shares.

While the appointment of Dave ‘Blood’ Wessels as the head coach was a controversial one, Wessels has been surrounding himself with plenty of coaching experience, including Alan Gaffney, Shaun Berne and Joe Barakat. They also have been recruiting smart, with Billy Meakes, Alex Newsome, Curtis Rona and Isi Naisarani coming into the ranks. While the Kings are acting upbeat, the Force have taken a more aggressive, non-nonsense approach: they are there to win games. According to Baraket “when you talk about rebuilding periods you can afford to lose. At this stage, we can’t afford to lose.”

But probably, most important for the argument of keeping the Force in is that the talent they have unearthed in the west is starting to come through. No clearer is this the case than the performance of their feeder team, the Perth Spirit, who won the NRC last year with a squad mostly made up of players from the local premier grade (beating teams like NSW Country who were stocked with Super Rugby talent). And that was their second grand final in three years! In additional, four players in the Force squad are current Wallabies, with another five having played for the men in gold in the past.

Verdict: I have painted a rosy picture, but at the end of the day, the Force, like the Kings, need to win games. 2017 has to be successful. But the Force have proven in the past that they have the talent to do it, and if they do that again, I would keep them in.

While I admire SANZAAR’s efforts of trying to improve the Super Rugby product, I fear that cutting the wrong teams may be even more to the detriment of the fan base. To me, the issue doesn’t just lie in the teams, but in the formatting of the competition. To me, there is only one logical solution: a redesign of the current format.