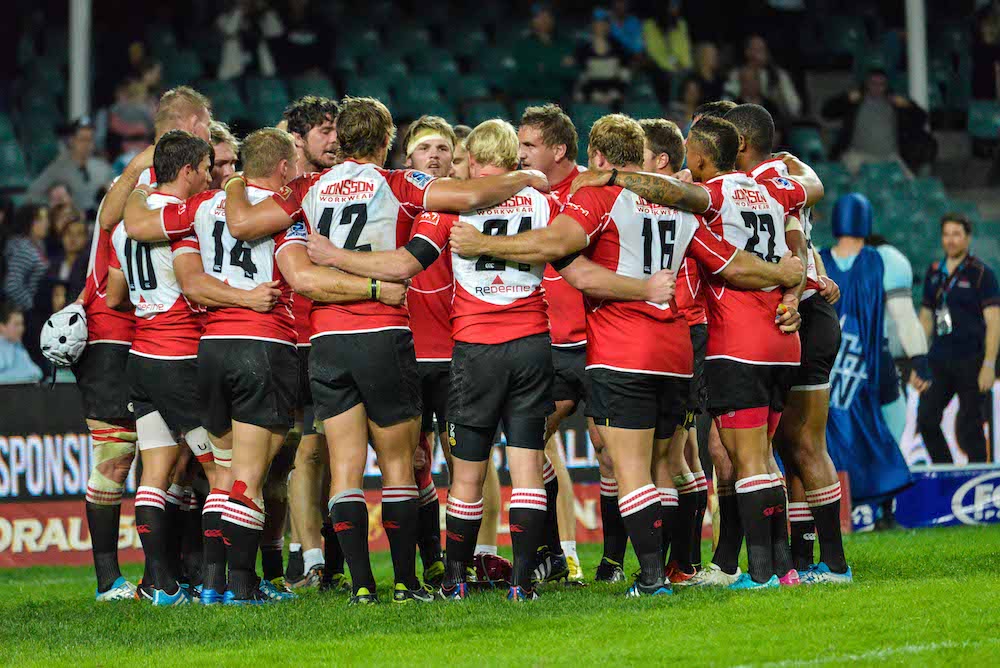 This semi-final was a highly entertaining, free flowing, fast moving match. It was the type of match that you didn’t want to look away from because you might miss something. The two sides were evenly matched in general play, although the Lions demonstrated a little bit more composure and were dominant at scrum time.

The Lions have booked a place in their first Super Rugby final and will fly out for NZ today setting up a date with the Hurricanes at the Cake Tin.

So we still have one week until we find out whether Johan Ackermann’s decision to rest his players in the last round v the Jaguares was a masterstroke or not.

The first attacking raids from both sides amounted to nothing. Ben Smith made a break, running 60 metres before passing to Patrick Osborne. This raid was stopped by Jaco Kriel who stole the ball from Osborne at the ruck.

From a scrum outside their own 22 the Lions produced a run around play between Faf de Klerk and Rohan Janse van Rensburg which sent Courtnall Skosan through the line and towards the Highlanders’ 22 but he threw a poor pass to Ruan Combrinck and the ball went into touch.

The Lions scrum won a penalty near halfway, Combrinck’s attempt at goal just went wide. From the 22 metre restart Andries Coetzee made a good run and then Elton Jantjies, Kriel , Janse van Rensburg and Combrinck all combined taking the Lions into the Highlanders’ 22. After 12 phases de Klerk sent Jantjies over between the posts, Lions 7-0.

Lionel Mapoe earned a penalty for the Lions on halfway at the breakdown when Osborne did not release the ball. From the ensuing lineout on the Highlanders 22, the Highlanders defended a driving maul and created a turnover Aaron Smith spread the ball which saw Matt Faddes take the ball from his own 22 to inside the Lions half. Good runs from Ben Smith, Malakai Fekitoa and Lima Sopoaga progressed the ball inside the 22. The Highlanders received (and kicked) a penalty for Kriel being off his feet, 7-3.

Jantjies missed a drop goal but the Lions had an advantage for Faddes being offside, Jantjies made no mistake with the penalty, 10-3.

Faddes then threw a loose pass which was gleefully accepted by Janse van Rensburg, who after just evading Faddes’ tackle mid-run, ran 60 metres to score the Lions’ second try, 17-3.

The Lions made a mistake from the kick off and after two sublime flick passes from Waisake Naholo and Fekitoa the Highlanders looked like they would score their first try but Elliot Dixon inexplicably dropped the ball over the tryline.

Jantjies opened the second half scoring after a scrum penalty, 20-6.

Jantjies then made a sensational run from inside his own 22 passing to Skosan who ran 25 metres to score a try, 25-6.

Franco Mostert couldn’t handle the kick off, Greg Pleasants-Tate regathered the ball, the Highlanders then spread the ball and Faddes scored in the corner, 25-11.

Jantjies took the score to 28-11 converting a penalty for the Highlanders being in front of the kicker and advancing their position.

Mapoe sensationally regathered de Klerk’s box kick took the ball to halfway offloading to Skosan who passed to Coetzee. Jantjies then produced a precision cross field chip kick to Kriel who ran 25 metres down the wing for a try, 35-11.

Kriel then seemed to come from nowhere to make a try saving tackle on Faddes in the corner.

The Lions received a penalty 3 metres from their own try line, Jantjies took a quick tap threw a long pass to Mapoe who found Jaco van der Walt who made a run of over 30 metres, Sopoaga then stole the ball passing to Ben Smith who ran for 40 metres before a try saver by de Klerk. Smith offloaded to Sopoaga who with three Lions in close attention brilliantly got the ball down with his right hand just before going into touch, 35-16.

Jantjies was at it again, chipping over the top, Mostert regathered the bouncing ball offloading to Lourens Erasmus for the try, 42-16.

Sopoaga then blew a hole in the Lions defence to send Naholo over, 42-23.

Joe Wheeler scored a consolation try after the siren.

Jantjies precision cross field chip kick to Kriel took the lead to 35-11 ending any hopes the Highlanders had.

Elton Jantjies did everything, set up tries with searing runs from inside his 22 and chip kicks, scored a try and ended with 22 points