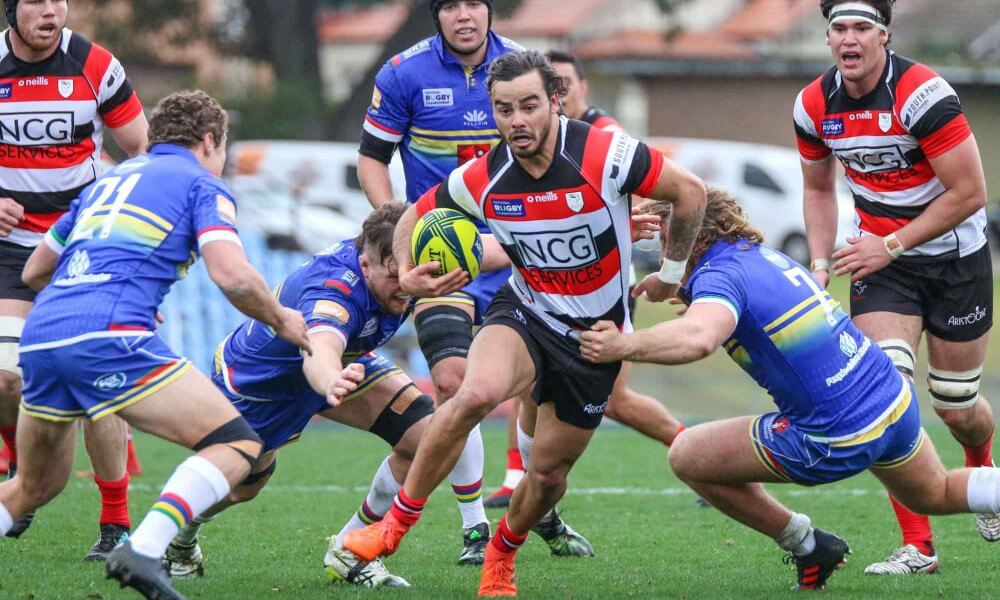 After their first-round loss against Queensland Country, the Canberra Vikings have bounced back with a 54-17 win against the Sydney Rays. In cold and wet conditions, the Vikings took control of the game in the first 20 minutes of the game off the back of a dominant display of scrummaging and mauling, with hooker Connal McInerney and Lausii Taliauli bagging a double.

The Vikings got off to a lightning start, winning a penalty in the 1st minute after great work at the ruck by Leslie Leuluaialii-Makin. The Vikings forwards made their mark on the match early, rumbling over from the resulting lineout 5m out with Connal McInerney the benefactor at the back of the maul after just 2 minutes.

The forwards continued their strong start to the game after dominating the Rays pack at the next lineout, mauling over from 15 metres out with McInerney making it two within the first 7 minutes. An excellent conversion from Wharenui Hawera put the Vikings 14-0 ahead.

In their first match of the season, the Sydney Rays looked disjointed at the start of the match, plagued by an error-ridden start to the game and were clearly trying to sort out their combinations in the first half.

The Vikings continued their dominance, going at a point a minute with Lausii Taliauli crossing after collecting a lovely weighted grubber from fullback Andy Muirhead from a scrum at the 22 to extend the lead to 21-0 after 16 minutes.

This jolted the Rays into action, with a lovely backline move and offload from Curtis Rona setting up winger Latu Latunipulu to crash over for the side’s first try at the 20-minute mark. Flyhalf Will Harrison made it 21-7 after an excellent conversion from the sideline.

Despite this fightback, the Vikings forwards continued to have a huge impact on the match, winning a tight head from the Rays at the 30th minute. The side then earned a penalty try at the 33rd minute, earning a scrum after being held up after attempting to crash over from a 5m lineout.

On the stroke of half-time, the Rays looked to have got their second try after a lovely display of catching and passing put Latunipulu over in the corner. However, the TMO ruled that Latunipulu had dropped the ball whilst attempting to acrobatically ground the ball. 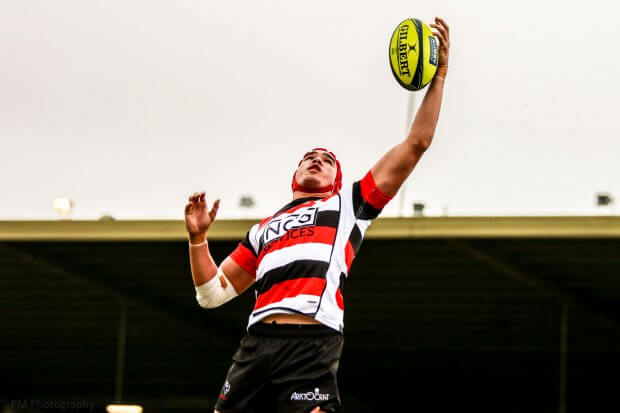 Darcy Swain takes one from the rafters.

At the halftime break, the heavens started to open up, leading to a much scrappy and looser second half.

Despite this, the Vikings picked up where they left off from the first half, with halfback Ryan Lonergan scooting over after a strong run by Ikitau put them deep into the Rays territory. Hawera continued his impressive goalkicking display, converting to make it 35-7 after 45 minutes.

Their lead was extended after substitute Mack Hansen crossed over after their forward pack marched the side into territory after earning a scrum penalty, with Hawera converting to make it 42-7.

Both sides then proceeded to trade errors at this point with the wet, greasy ball making it a nightmare for running rugby.

At the 59th minute, the Vikings continued their blow out of the Rays, with Hawera putting Taliauli over for a well deserved double after a beautiful set piece.

The Rays bounced back ten minutes later after Shambeckler Vui earned the side a penalty, one of the real bright points of a less than stellar performance for the Rays. This set up Nick Duffy to speed away to reduce the margin after clean hands from Ryan McCauley put him into a hole. Unfortunately, he could not convert his own try after missing the conversion from what seemed to be right in front, making the score 47-12.

The Vikings were then reduced to 14 when Michael Oakman-Hunt was sent for an early shower due to a late tackle. The Rays then consolidated on the extra man advantage with Harry Burey scoring after setting up the chance with a strong run to reduce the margin to 47-17.

But it was the Vikings who had the last laugh, with Jordan Jackson-Hope crossing for a well-deserved try after a well-rehearsed set play to make the score 54-17 to the Vikings.

At this point, the referee blew time on what was a dominant showing for the Vikings, with the forwards led by Connal McInerney and Darcy Swain the key to the side’s strong performance.

After the Rays crossed over in the 20th minute, it seemed like they were right back into the contest. However, the Vikings regained control after winning a tighthead scrum and then earning themselves a penalty try.

This could have gone to a number of players within the Vikings pack, but Connal McInerney just nabs the honour. McInerney was faultless at the lineout today and was the anchor for the side’s dominant scrum and his efforts today were rewarded with two tries.

To fit in with the new award being awarded by the NRC for those with limited Super Rugby experience, the writers at GAGR will also be picking their Rising Star in each game. Today, Vikings Lock Darcy Swain was a central part of the side’s dominant performance, with his safe hands and hard-hitting defence contributing to a strong showing that will continue his growth and help him cement a spot in the Brumbies 2019 squad.